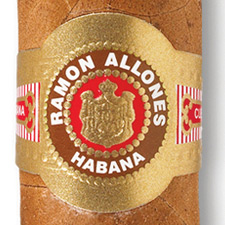 Britain’s cigar import company has a special Cuban smoke planned for its 225th anniversary. The cigars are already rolled, but they won’t go on sale for two years.

Hunters & Frankau, the importer of Cuban cigars for the United Kingdom, has created the Ramon Allones Hunters and Frankau 225. The cigars are being shipped from Cuba to the United Kingdom this spring, but Hunters will age them until the 225th anniversary of the company, which is in 2015.

“In the old-fashioned way they are going to sit in our warehouses for two years,” said Jemma Freeman, managing director of Hunters & Frankau.

The smoke has a somewhat rounded head, similar in style to the one found on Mexico’s Edmundo Dantes Conde 109 Regional Edition smoke originally released in 2007.

Freeman, who spoke to Cigar Aficionado earlier this year in Havana, said she had been doing tastings “for the last 18 months” to finalize the blend for the cigar.

For those seeking a special British smoke that will be available sooner, the Flor de Cano Gran Cano will be the U.K.’s Regional Edition for 2013. Measuring 5 1/2 inches long by 50 ring gauge, the smokes will come in boxes of 10 cigars, with a total production run of 50,000 units. As with all of Britain’s recent Regional Edition cigars, they will have secondary bands reading “Exclusivo Gran Bretaña.”