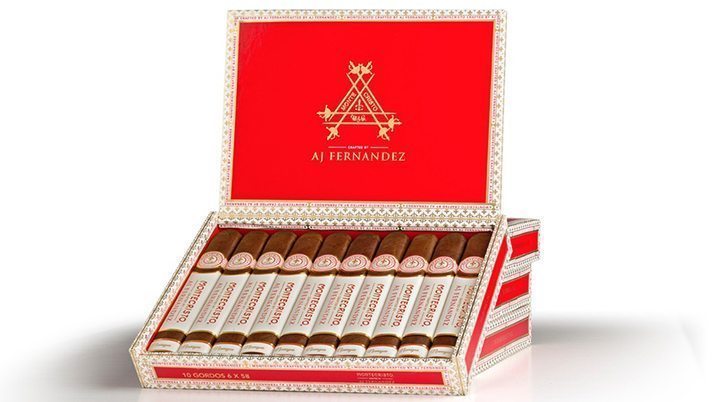 Smokers will soon be able to smoke a Montecristo cigar as imagined and interpreted by cigarmaker A.J. Fernandez. In a collaboration with cigar distributor Santa Clara Inc., Montecristo Crafted By A.J. Fernandez is the newest version of the heritage Montecristo brand.

Altadis U.S.A. owns the U.S. trademark for Montecristo. Both Santa Clara and Altadis U.S.A. are run by Tabacalera U.S.A., which is an arm of Imperial Brands PLC.

Made in Nicaragua at the A.J. Fernandez Cigars de Nicaragua factory in Estelí, Fernandez worked with Altadis’ Grupo de Maestros to develop this new Montecristo, which consists of Ecuadoran Sumatra wrapper, Mexican San Andrés binder and filler from Nicaragua and Honduras.

This would be the second time that Altadis has collaborated with a third-party producer to make a Montecristo. In 2014, Nestor Plasencia worked with Altadis to create the Espada by Montecristo line. Other recent collaborative releases include the Henry Clay Tattoo (with Tatuaje Cigars) and the Romeo by Romeo y Julieta Aging Room (with Boutique Blends).

This would also be the second time that A.J. Fernandez has the opportunity to interpret a heritage brand. The Hoyo La Amistad is his version of the storied Hoyo de Monterrey brand, which is owned by General Cigar for sale in the U.S.

The cigars should be widely available later this month.