The Cohiba Siglo VI is perhaps the most legendary Cuban cigar. Cohiba is the flagship brand of Habanos. It was originally made only for the consumption of Fidel Castro in 1966 and was used for Diplomatic gifts.

The Línea 1492 series debuted in 1992 and the Siglo VI in 2002 and is considered to be the best of the line. The vitola is known as Cañonazo in the factories. Today we are reviewing the Cohiba (Cuba) | Siglo VI 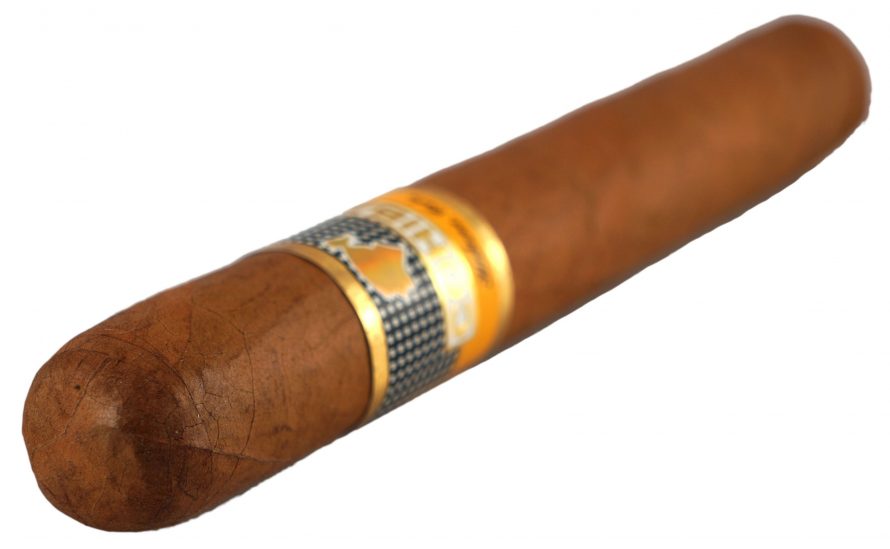 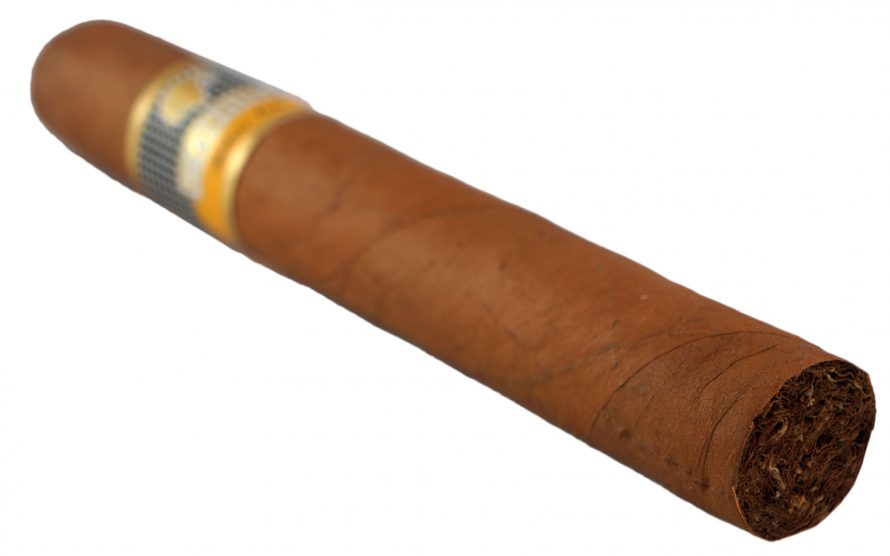 “I really like the level of craftsmanship from this cigar. The light golden brown wrapper is almost seamless with delicate veins and a slightly velvety feel. There is a small crack on the foot but I don’t think that will affect the performance.” –Alan (Eulogy)

“This cigar started out very spicy. There was some major pepper that was the major flavor at the start. Towards the end of the first third, more of the creaminess came through. The burn got off quite a bit right at the end and I did have to touch it up to get things back on track.” –Wes (SosaCub4Life)

“I failed to notice how short the cap was on my initial inspection; I am only able to remove about 1/16″, leaving very little cap to hold the wrapper in place and giving a fairly poor draw. The smoke is a little thin and produces a less than stellar mouth-feel, but still provides robust flavors. A strong leather is the dominant flavor with a bright cinnamon finish giving a nice zing to keep it interesting.” –Alan (Eulogy)

“Second third’s flavor profile works off the first third’s. Still a smooth and velvety flavor profile giving the same sweet bread, dried nuts, dried wood, floral and black pepper. The sweetness has morphed from a sweet bread to more of a burnt caramel. The black pepper has ramped up as well but never taking away from the other nuanced flavors. Both strength and body continues to be at a solid medium.” –Jiunn (jliu)

“Going into the second third, flavors were the same until about the mid-way point when some pepper began to slowly but steadily come in and increase in strength. Overall strength would be about medium I’d say. The toast was seeming to also fade out as the pepper began coming in. Harsh bite still present. Everything else remained the same.” –Robert (NavyPiper)

“Even into the final third there continues to be a great amount of spice in the cigar. The very nice sweetness is mixed in with the spice. It’s still nice and creamy. Since the burn correction it has been spot on.” –Wes (SosaCub4Life)

“The final third doesn’t quite hold up as well as the previous two. Pepper has been very present for the duration of the cigar but it starts to get a little overpowering muting the other flavors. Leather and cedar do shine through occasionally but a growing bitterness is starting to develop.” –Alan (Eulogy)

“Draw was acceptable, but seemed too snug to me. I had to use the ol’ reaming tool in each third to open it up enough for me and to keep it open.” –Robert (NavyPiper)

“Burn was good until the wrapper split at the end of the first third and starting the second. Had it not split, I’m pretty sure it would have remained pretty straight for the whole smoke.” –Robert (NavyPiper)

“Besides the burn issue in the first third, the overall construction was great. The burn line after the correction was spot on and the cigar held a nice ash.” –Wes (SosaCub4Life)

Overall, this was a very good, smooth and velvety smoking experience. The first and second third’s core flavors of sweetness, earthiness and floral notes was delicious. The last third was unfortunate as it was mainly just dry wood and black pepper. Hopefully, more age will change that. I would recommend this to someone that enjoys a lot of Cuban cigars. The cigar is fairly nuanced without having the spice to beat you over the head. I would easily seek out a fiver of these.” –Jiunn (jliu)

“Overall, I’m afraid this one wasn’t for me. I didn’t care for the harsh bite the tobacco had, and unfortunately it didn’t change during the smoke. If that would not have been present, it probably would have been a decent mild/med stogie.” –Robert (NavyPiper)

“Overall, for a Connecticut, this was one of the better ones I’ve had. There was a nice amount of spice throughout the entire smoke, which I like. After the initial spice bomb at the start, the cigar was a good overall mix of spice and sweetness that stayed nice and creamy.” –Wes (SosaCub4Life)

“This was a great cigar for the first two thirds and then dropped off a bit due to a prevailing bitterness. I think with a little age the harsh finish would smooth out and some of the pepper would get dialed back a bit and really let some of the other flavors sing. I would definitely want to give this one another try.” –Alan (Eulogy)
–

To view the complete scores and notes, click here. –