Prendelo Cigar Co. has released its second blend, with the Prendelo Sublime being the first last year. This new blend comes in two sizes using an Ecuadorian habano wrapper, the binder is a seco leaf from Nicaragua’s Jalapa region, with all the fillers also coming from Nicaragua. The filler include viso from Condega, seco from Ometepe and ligero from Jalapa, as well as additional seco grown by ASP Enterprises. Nicaraguan tobacco.

The new line is being rolled at Tabacalera New Order of the Ages (NOA) in Estelí, Nicaragua, the factory owned by Noel Rojas. The blend will debut in the Aristocrat (5 x 50, $7.50) and Rosa Blanca (6 x 52, $8.50), both of which come in 20-count boxes which have already hit shops around the US. Today I am smoking the new Prendeo Rosa Blanca.

As you can see from the pictures the cigar looks wonderful. The wrapper is a beautiful shade and the band is also very well done with lots of detail and colors. It is one nice looking cigar.

Smoking the first third it starts out with some all spice flavors along with a slight pepper spice. There is some slight sweetness as well that as the smoke goes on turns into more of a caramel flavor. As the first third comes to an end there is a very good balanced mix of allspice, some pepper and some very nice sweetness. One thing that I would mention is that the aroma of this cigar is amazing. It definitely adds to the experience.

As the second third starts the spice has started to fade but is still there on the retrohale. The caramel sweetness and allspice, that is almost now like a cinnamon, are the predominate flavors. The cigar is producing tons of smoke and once again I have to mention the aroma… it’s just amazing. The smoke is definitely getting creamier as it goes on and the burn so far has been almost perfect.

During the last third there is still a hint of spice that is noticeable along with lots of nice sweetness. The cigar has had a nice draw throughout that started just a bit tight but then worked in perfectly. All the way along it continues to pump out tons of smoke with that outstanding aroma. As the cigar comes to a finish there is still a lot of good sweetness with just a hint of spice.

Overall this was a great smoke. Very well rounded and balanced with some pepper spice at the start that changed into more of an allspice or cinnamon flavor. There was some very good sweetness to it that was almost caramel-like during most parts. The draw and burn were both very good as well. This is probably the only cigar that I can remember smoking where I really noticed the aroma and that the wonderful aroma of the cigar added to the experience. There is no way someone could smell the aroma of this cigar and not fall in love with it.

This is a great second release from Prendelo and Reggie Freeman who, this time, worked with Noel Rojas out of his new factory. I have to say that I liked this cigar better than the original release last year which was also good. It again is just a perfectly balanced cigar of sweetness and spice and an overall wonderful experience. Look for it at B&Ms around the country or check out the Prendelo website for more information. http://prendelocigars.com/ 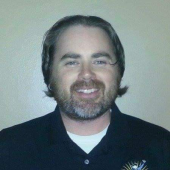