Before embarking on the major restoration of their El Reloj Cigar Factory in Tampa, the J.C. Newman team had to clear out almost 70 years' worth of items from the building. During this process, they uncovered some unexpected hidden treasures. Some of these include a trap door from the 1930s with a secret staircase, J.C.'s travel trunk, and a stash of 10-year-old Brick House cigars that were tucked away in the basement. The latter is the premise for this TAA cigar.
Read More
AllNews
·June 7, 2021

According to J.C. Newman Cigar Co., they are in possession of the last remaining bale of pre-embargo Cuban tobacco in...
Read More 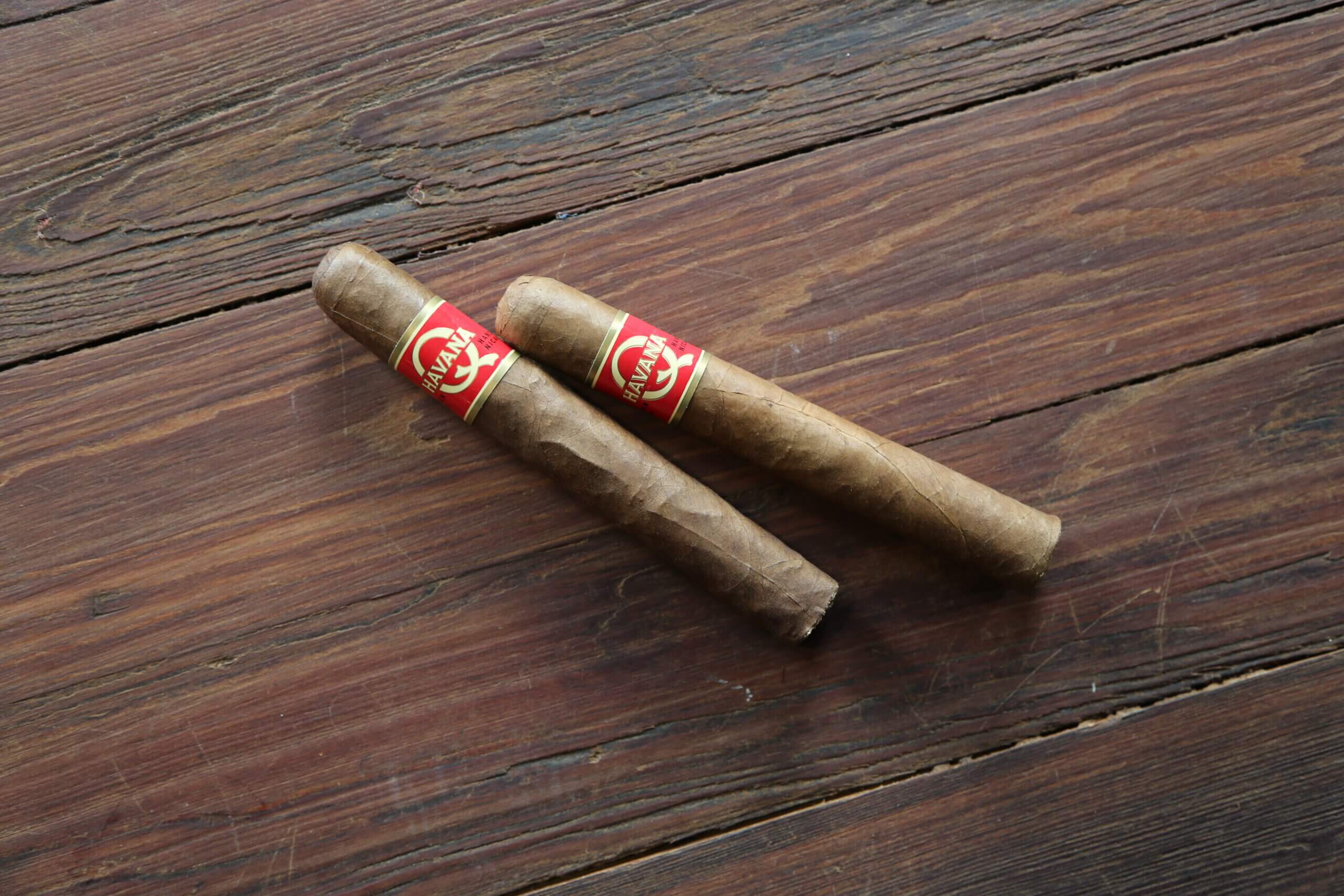 Havana Q is described as being a Cubanesque cigar and a cousin of the value-priced line Quorum. Havana Q is also a value line but comes in larger ring gauges than Quorum. They come in vacuum-sealed humi-bags of 20 and will be sold at brick and mortar shops including very small locations.
Read More 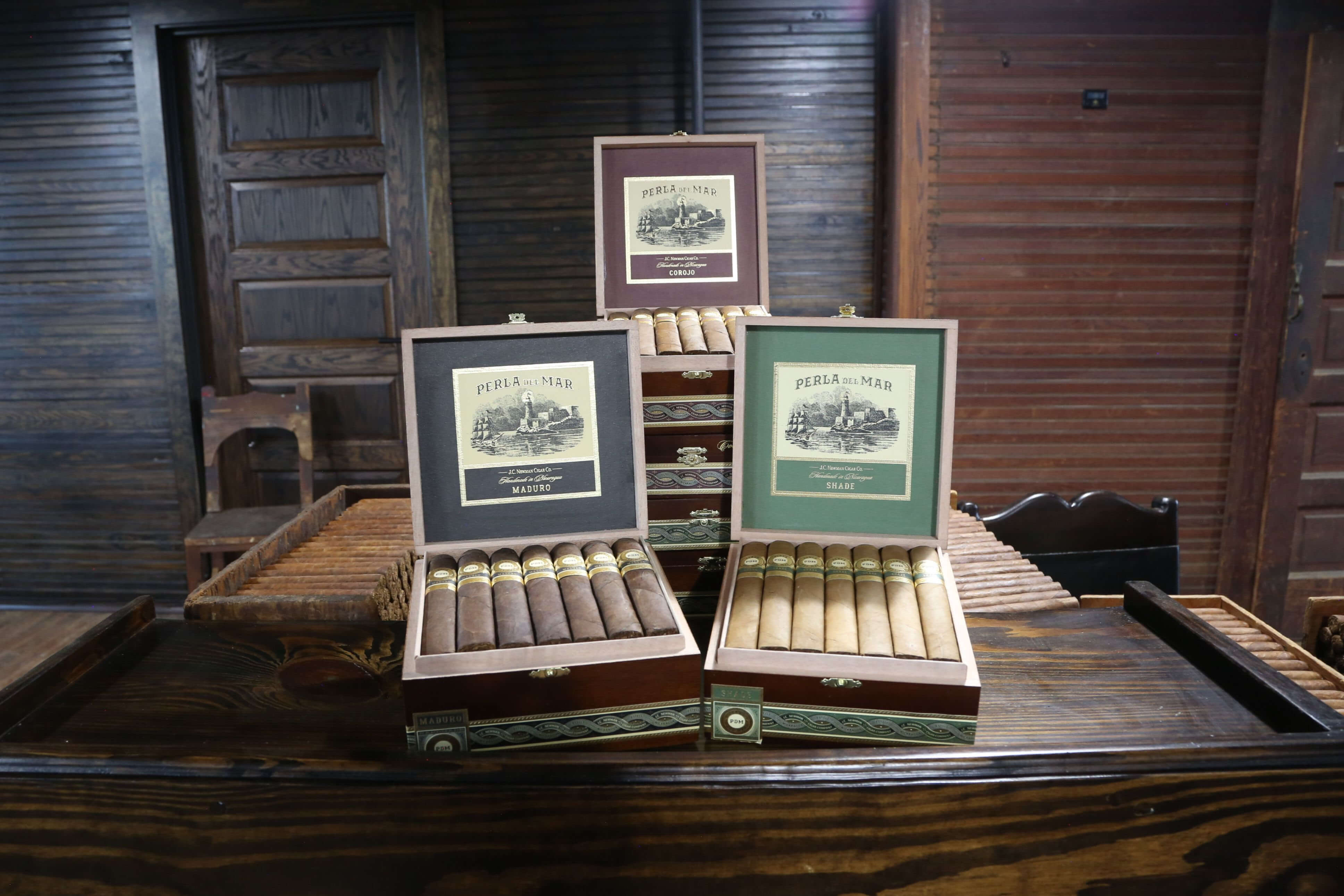 J.C. Newman is relaunching their Perla del Mar line of cigars this week. The handmade cigars, rolled at J.C. Newman PENSA in Nicaragua were first released in 2012. This relaunch includes not only a new look, but new blends.
Read More
93%
Overall Score - Great

"If you are a mild cigar smoker or even like something stronger I think you would enjoy this cigar. This was a sweet and creamy cigar with fruit notes. Great roasted flavor towards the end. I smoked this until it was burning my fingers with little to no harsh flavor whatsoever." -Jake P. (Jake P.)
Read More
AllJ.C. NewmanNewsPCA
·July 1, 2021

J.C. Newman Cigar Co. is adding a new size the it's completely American-made line, The American: a Double Robusto. This new vitola measure 5.5 x 56 and is the largest ring gauge in the line. It will come in boxes of 20 and sell for $17.50
Read More
AllBrick HouseNewsNicaragua
·March 17, 2021

As a part of the restoration process for their El Reloj Cigar Factory in Tampa, J.C. Newman had to clear out almost 70 years' worth of items from the building. During this process, they uncovered some hidden gems, one of which was a trap door from the 1930s with a secret staircase that went from the General Managers' office down into the basement. It was used to hide when the Tampa Mafia would come through looking for payroll cash. Another item was J.C.'s (Julius Caesar's) travel trunk that accompanied him on his voyage from Hungary to Cleveland in 1889. One of the most interesting discoveries was a box stash of 10-year-old Brick House cigars tucked away in the basement years ago to age and wait for a special occasion to arise. To celebrate their 125th year, they are going to release them to the public by way of TAA retailers and named Brick House Beginnings.
Read More
93%
Great

"This was a fun cigar to smoke. From the unique shape to the sweet start and spicy finish. If the draw was perfect all the way through, it would be phenomenal. This is for sure one of the most enjoyable cigars I have smoked in quite some time, and I would recommend anyone try it." -Kevin A. (Kevin A.)
Read More
90%
Very Good

"The aroma of berries and chocolate were very inviting and promising. However, upon lighting, the chocolate turned to a coffee flavor with hints of berries. It was a pleasant cigar int he beginning. As I approach the second third, the berries slowly diminished and the coffee flavor took over. The one plus was the pepper flavors that left a nice tingle on the lips. As time went on, the coffee turned bitter like the bottom of a pot that had been sitting on the burner far too long. Eventually I was left with a bitter taste with only the peppery tingle keeping me going. Not sure if I would want this one again." -Eric (smalls29)
Read More
Load More