Drew Estate came out with a new cigar late last year exclusive to JR Cigars: NightShade. NightShade is of course made at the La Gran Fabrica Drew Estate in Nicaragua. The blend has a Connecticut Habano wrapper, Indonesian binder, and filler from Nicaragua and Dominican Republic. The name come from the plant family of Solanaceae (which includes tobacco) which is commonly referred to as nightshade.

“The wrapper was a dark brown with a nice oily appearance from foot to cap. It had a few small veins near the cap, but they did not affect the near-seamless wrapper.” –Quinn (quinnpins269)

“The first puff was a strong blast of dark chocolate. It settled out pretty quickly into a more balanced flavor mix between dark chocolate, a touch of mocha, and earthiness. Occasionally I get was seems to be just a hint of nutmeg in the background and on the retrohale. The biggest draw is how the smoke is absolutely rolling off of the cigar. Every puff produces a mouth full of smoke and it is burning perfectly.” –Lauren S. (Lauren S.)

“Immediately after lighting the room is filled with the smell of an old leather boot. The draw is fantastic. The profile is filled with dark chocolate baking spices bread and wood. Some spice through the nose not even approaching black pepper just a little tingle.” –Ryan H. (Ryan H.)

“Profile in the second mirrors the first but a dried fruit joins, adding some more character. Burn has a small divot I am not worried about at all but I did notice.” –Ryan H. (Ryan H.)

“The final third has begun to pick up in strength and flavor for me. Some pepper has begun to show up on the retrohale along with a slightly harsh loading up which is surprisingly appealing in this blend. The dark chocolate, mocha, and nutmeg remain present along with some occasional mineral notes and almost chalkiness on the exhale.” –Lauren S. (Lauren S.)

“Into the final third the black pepper seemed to pick up a bit as the white pepper faded away. The creamy leathery notes had also continued into the last third keeping the cigar medium to medium-plus and enjoyable throughout.” –Quinn (quinnpins269)

“Perfect amount of resistance all the way through from start to finish. Mouthful of satisfying/flavorful smoke with every puff.” –Randy B. (randobush)

“During the second third, it did have to touch up the wrapper a small amount after tapping the ash off. That was the only touch up I had while smoking the cigar. The rest of it smoked very well. ” –Quinn (quinnpins269)

“The look of the cigar was exactly what you want a cigar to look like and it held a good inch to two-inch ash through the entire smoke. The only problem was some slightly lopsided burning.” –Lauren S. (Lauren S.)

“This was an enjoyable cigar from start to finish for me. It was a medium to medium-plus as far as strength. The pepper and leather notes for the majority of the cigar were nice and never over powering. I would definitely smoke this cigar again.” –Quinn (quinnpins269)

“It was ok, good draw, built well, I just wasn’t a fan of the flavor profile” –Joseph S. (Bearded Bastard)

“While not an overly complex blend I did enjoy the experience. The mocha and dark chocolate notes are some of my favorite tastes in a good maduro and the added nutmeg hints made it slightly more interesting. The smoke production was also a star of this cigar as it just rolled off of it along with a perfect long ash. I did find it smoked quite a bit faster than I normally expect out of a cigar this size so I’m a bit curious about the blend. I would definitely smoke this cigar again.” –Lauren S. (Lauren S.)

“This cigar is a winner by my humble palate and experience. Very enjoyable from beginning to end!
High marks on flavors, draw, burn, and construction. The complexity was a delight for this cigar smoker!” –Randy B. (randobush)

Blind Cigar Review: Drew Estate | NightShade Corona
Summary
"This was an enjoyable cigar from start to finish for me. It was a medium to medium-plus as far as strength. The pepper and leather notes for the majority of the cigar were nice and never overpowering. I would definitely smoke this cigar again. " -Quinn (Quinn)
Appearance
90
Aroma
91
First Third
90
Second Third
93
Final Third
90
Draw
98
Burn
94
Construction
95
Overall Experience
93
93
Great 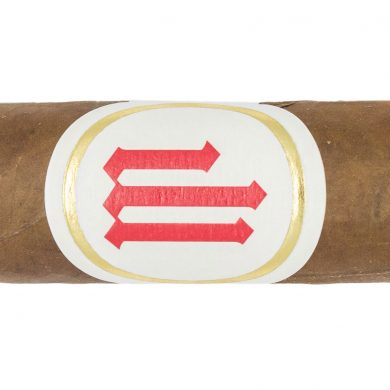