Drew Estate announced the re-release of Undercrown Maduro ShadyXX back in June of this year. The original Undercrown ShadyXX Launched back in 2014 and only to 10 Detroit area retailers in a collaboration with Shady Records.

The blend is similar to the Undercrown “Corona Viva,” an stronger version of the Undercrown Maduro. It uses a Mexican San Andres wrapper, Connecticut Stalk Cut Habano binder, fillers from Nicaragua and Brazil. It is available in one vitola, a 5” x 50 box pressed belicoso. The cigars come in gold embossed petacas that hold 10. Each petaca sells for $104 and it is exclusive to Drew Diplomat retailers. 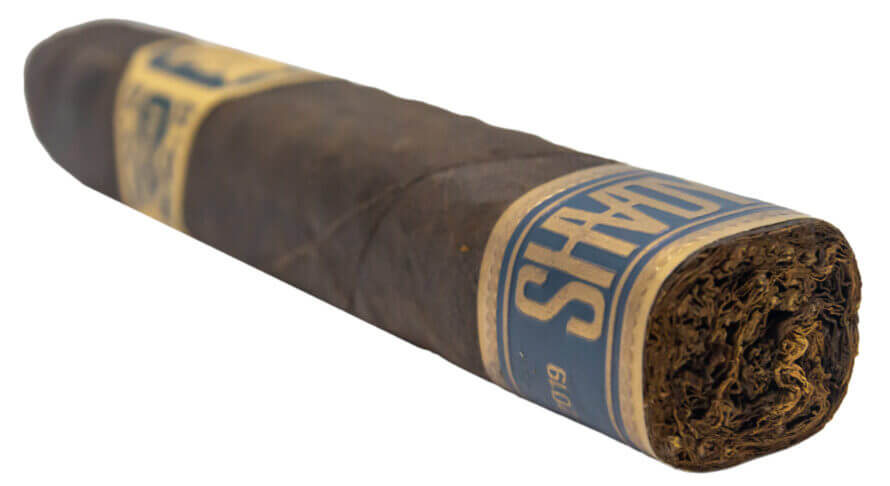 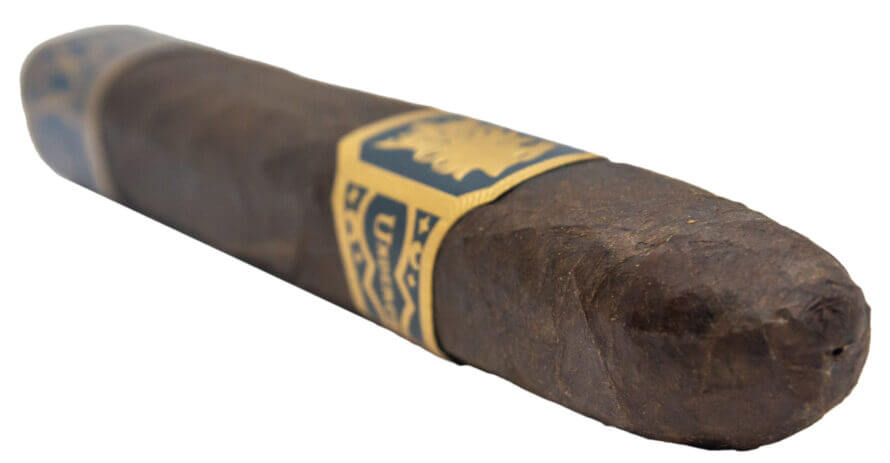 “This soft box press belicoso that has a lovely medium chocolaty color that is silky to the touch. The foot shows a nice blending of tobaccos with a cap that comes pretty deep into hip.” –Allison T. (The Yoga Ash)

“Rich dark chocolate, cocoa powder with a smidgen of spice on the nose.” –Jonathan R. (J.Lee)

“The dry draw has a great sweetness of golden raisins, star of anise with a slight saltiness, which will be interesting to see how it translates when it is lit. Starting the first third there is a nice spiciness in the back of throat like ground cayenne especially after sneezing (and yes this did happen). The warm cinnamon from the smell of the wrapper has become a hot cinnamon with nutmeg in the forefront with a smoked salt.” –Allison T. (The Yoga Ash)

“The initial flavors are full of black pepper that makes my tongue tingle and rips through my sinuses like a blow torch on the retrohale. After the first inch the pepper settles out and leaves me with spicy peat and earth. ” –Jason H. (Jokey Smurf)

“Coming into the second third of 1051, I hear a pop and then an inch above the burn line a horizontal crack appears, but doesn’t seem to be messing with the burn at all. The hot cinnamon and nutmeg has become very subtle and aged wood has stepped in with hints of cracked black pepper. The hot cinnamon nutmeg has completely fallen off as I am about to start the last third.” –Allison T. (The Yoga Ash)

“There is some brightness on the palate to open this final third, sadly it is fleeting. Charred meat, over mesquite wood, replaces the espresso on the palate. The espresso doesn’t completely go away it just moves to the sinuses on the retrohale. For the first time the finish is not harsh. It is making my mouth water as I think of a family BBQ making for a nice conclusion to this cigar.” –Estevan Z. (TheRealBanzi)

“The mineral flavor remains the forefront into the final third. The chalkiness has fully faded replaced with a slight smoky BBQ flavor. Strength picks up a bit in this final third and the burn remains pretty perfect.” –Lauren S. (Lauren S.)

“The draw was excellent, I did angular straight cut to give a greater opening on the cap ” –Allison T. (The Yoga Ash)

“A bit bumpy at first light but quick evened out by end of 1st 3rd, afterwards it was a sharp burn.” –Jonathan R. (J.Lee)

“Construction was almost perfect. My only complaint would be the ash was quite flaky in the final two thirds.” –Lauren S. (Lauren S.)

“I greatly enjoyed my time with this cigar, the retrohale helped to make the experience come full circle with tasty notes of warm cinnamon nutmeg and aged wood with hints of floral. 1051 seems to not do so well with a windy day, so maybe think about this as an inside cigar.” –Allison T. (The Yoga Ash)

“Overall this wasn’t the most complex cigar. The mineral notes were by far the most prominent flavor throughout along with the chalky aftertaste. It was also an extremely dry smoke requiring constant re-wetting of my palate. I did enjoy the flavor on it’s own but I probably would not return to this blend again.” –Lauren S. (Lauren S.)

“Though there was a harsh finish for the first two thirds, the flavors were good enough to keep you smoking. For a more experienced smoker, I could see them getting bored and wanting more. Either way this might be a great cigar to have in one’s humidor as a nice giveaway cigar.” –Estevan Z. (TheRealBanzi)

“Lots of flavor, but it really packs a punch! I’m certain that I’ll buy these once I know what it is, and I’ll certainly recommend it to my friends who like a strong cigar. For me, this hit the spot!” –Jason H. (Jokey Smurf)

Blind Cigar Review: Drew Estate | Undercrown ShadyXX 2020
Summary
"This is a cigar for an experienced smoker... lots of flavor, but it really packs a punch! I’m certain that I’ll buy these once I know what it is, and I’ll certainly recommend it to my friends who like a strong cigar. For me, this hit the spot!" -Jason H. (Jokey Smurf)
Appearance
93
Aroma
93
First Third
89
Second Third
89
Final Third
89
Draw
93
Burn
93
Construction
93
Overall Experience
89
91
Very Good