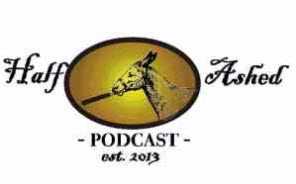 This review is the third in a series of collaboration reviews that we will be doing. We have invited cigar reviewers from other cigar review sites, podcasts, blogs, etc. to join the Blind Man’s Puff staff in doing some blind reviews using our format. If this initial series goes well, then we may reach out to even more sites to make these collaboration reviews a semi regular event. This third collaboration review is with Kip and Craig from Half Ashed. Half Ashed is a site that has cigar and pipe tobacco reviews, news, a forum as well as a weekly podcast that covers cigar news and reviews along with going down the self admitted rabbit hole from time to time. We highly recommend that you check out the site and podcast.

“A rosado tinted maduro wrapper that is oily and with light tooth. There is rather visible veining running through its entirety, the largest of these are raised. It should be noted that the “capillary” type veins are nearly invisible. An odd appearance when the others are so noted.” –Craig (Half Ashed)

The cigar began with no small amount of spice on the retrohale, but quickly subsided. Some initial tanginess; maybe even a citrus zest bent, yet with a savory character that causes salivary response (I dig it). Voluminous smoke production. By the end of this first third, it has become drying on the palate, and I find myself reaching for water regularly.” –Kip (Half Ashed)

“Sweet Pepin-like spice is present nearly immediately; tangy sweet citrus with a nutmeg and cinnamon core. There is a noticeable nuttiness. The wrapper is very thick but only becomes obvious after combustion and the change in RG is visible. It probably dropped 6 rings. The tangy sweetness starts morphing into a bitter chocolate flavor. It is dry, but not so much to feel as if it is cocoa I’m tasting.” –Craig (Half Ashed)

“Going into the second third, some of the spice remains but of a different character; less pepper and more “tropical” – akin to allspice, and some of the Caribbean spices I’ve made comparison to in other reviews. It has a bit of an alkaline feeling, which I imagine is causing the earlier mentioned palate aridity. However, midway through this portion, this fades swiftly into a more woodsy character – with just a touch of tannin. Construction and burn have been exceptional thus far. While it may not be lining up perfectly with my central preferences, it’s an enjoyable cigar – and one with many faces.” –Kip (Half Ashed)

“As I progress into the second third of this cigar, the light, twangy flavors have faded, and have been replaced with a deepening earth note. The finish is becoming more heavy, and is laced with pepper and a deep peat note. There is a bit of oil in the smoke as well that has coated my palate. I’m not getting any of the sweet flavors I detected prior to lighting, and really this is exactly opposite of how the cigar began…initially light and springy, and now heavy and dark. A very interesting switch.” –Jason H. (Jokey Smurf)

“A little heat showed up in the final third as the pepper came back stronger than before. The coffee and leather mix remained in charge ,although it lost its creaminess when the allspice faded. The tobacco kept its earthy taste until the very end.” –Ron (shuckins)

“During the final third, I was getting lots of nice woody flavor, the ash flavor from the second third died off, and it finished with a strong earthy flavor.” –Craig (WyldKnyght)

“The draw was perfect from start to finish.” –Craig (WyldKnyght)

“The burn started off razor sharp, wandered a bit, and finished nearly razor sharp without any correction or re-light required. Not much to complain about in this regard. I did find that I had to intentionally draw slowly and infrequently to keep the dark flavors from becoming bitter…otherwise just fine.” –Jason H. (Jokey Smurf)

“Construction is very good, with only a few minor imperfections. Some strange mottling in the wrapper color and minor points of looseness in said wrapper. –Kip (Half Ashed)

“I enjoyed this cigar and its flavors. I think it would make a perfect after dinner smoke on a day when you don’t have much time to smoke.” –Ron (shuckins)

“Number 213 has been an enjoyable smoke. The first two-thirds were far more so than the final, which tended to wane heavily in the flavor aspect. Earlier is better in this cigar, although it isn’t off-putting at its worst. Solid smoke. One I would not go out of my way to buy by the box, but would not hesitate to smoke them again.” –Kip (Half Ashed)

“I thoroughly enjoyed the cigar. The flavors were excellent and the experience I was left with was positive. I would smoke it again.” –Craig (Half Ashed)

“I enjoyed most of this cigar, other than the ashy like flavor during the second third. This cigar had a nice mix of flavors.” –Craig (WyldKnyght)

“This was an interesting cigar with several flavor changes. In fact, it started almost opposite of how it finished, beginning with light flavors, and ending with a deep, dark earth/espresso bouquet. I noted just a bit of nicotine strength, but not too much, making it OK for the adventurous beginner. This is probably not a daily smoke for me, but not something I’d run away from.” –Jason H. (Jokey Smurf)
–