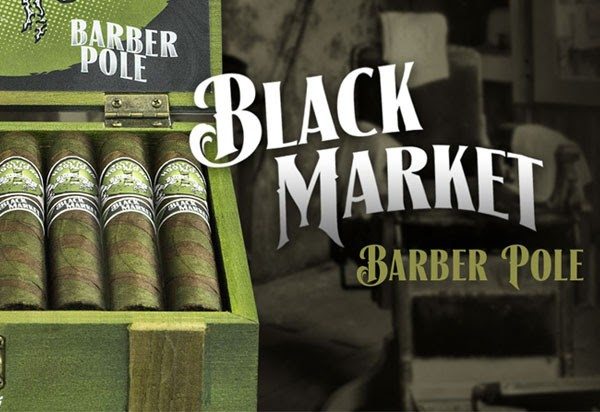 Hollywood, FL – February 8, 2016 – “Filthy is more satisfying” is what they will be saying about Alec Bradley Cigars’ 2016 release of their limited edition, Black Market Filthy Hooligan, when they arrive in retail cigar stores on March 17th. With only 2,000 boxes made, this year they’ve gone full-tilt with a new barber pole wrapper and a more full-flavored blend than the 2015 edition. Released annually on St. Patrick’s Day since it was introduced in 2013, fans of the brand may not recognize it at first. Using the traditional candela wrapper and swirling it around a three nation filler & binder core with a dark Nicaraguan Jalapa wrapper, the result is a stunning new taste experience at every level.

“This year, I wanted to create a totally different version of the Filthy Hooligan,” said Alec Bradley President, Alan Rubin. “The 2016 blend will have a much wider appeal, and those who loved the two previous versions will not be disappointed; this is no ordinary candela.”

Made in one size only, a 6” x 50 Toro, the Black Market Filthy Hooligan 2016 uses a blend of Honduran and Panamanian long-fillers with a Sumatra binder, entwined in a mild, fern-green Candela wrapper, contrasted by a richer tasting, chocolatey-dark Nicaraguan Jalapa wrapper. The medium-bodied, full-flavored smoke explodes on the palate with sweet tobacco flavors countered by the brawnier core leaves, like a good Irish Stout.

The 2016 Black Market Filthy Hooligan release is presented in handsome green and black striped boxes of 22 cigars. Suggested retail is $8.50 per cigar. The cigars will ship to retailers on February 10. Rubin feels that releasing the Filthy Hooligan as a barber pole will draw cigar smokers who might ordinarily be reluctant to smoke an all-green cigar. “The unique flavor of a candela wrapper is something that every cigar smoker should experience at least once,” said Rubin. ”Add the dark Jalapa wrapper, and it’s not only more flavorful, but the barber pole form can also be very appealing, visually. When it comes to just a green cigar” Rubin States,” Been there, done that.”