Altadis U.S.A. is bringing back a line from Aging Room, Oliveros Gran Retorno. Oliveros Gran Retorno is a small batch production that undergoes a unique aging process. The blend uses extra aged tobacco that has been aging in traditional bales for 24 months, then they rested in “reposado” in the factory Cedar Room for six months, and then the cigars themselves have been aged for at least 33 months after rolling. 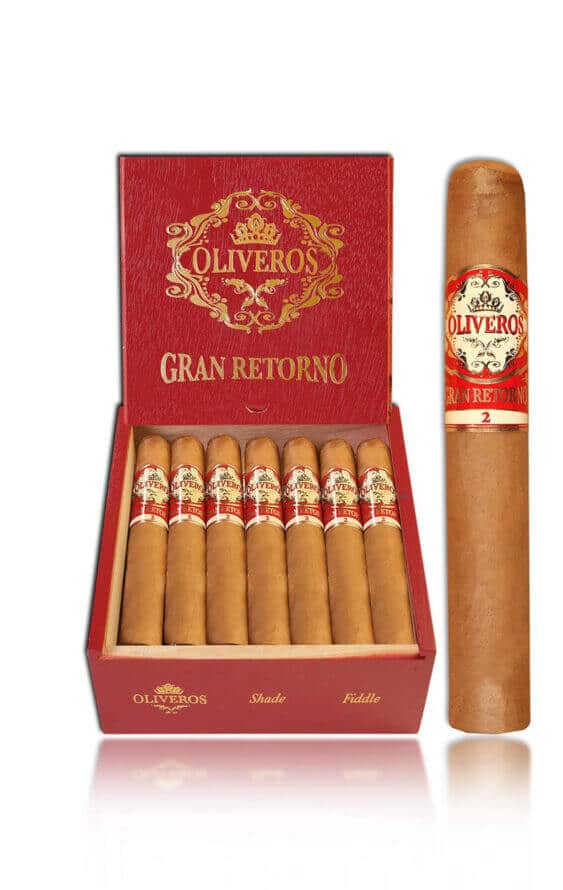 When Altadis U.S.A. started distributing Boutique Blends Cigars (Aging Room) and Hired Rafael Nodal as Head of Product Capability in May of 2017, they knew they would eventually bring back the Oliveros line. In working on the blend Rafael Nodal worked with long-time friend and mentor Nestor Plasencia Sr. The blends are all Nicaraguan puros and the tobacco comes from Plasencia family’s private reserves, with the exception of the shade wrapper, which is a Connecticut seed grown in Honduras by Plasencia.

“I love to create new flavors and new experiences,” Nodal says. “This unique three-stage aging process revealed different characteristics at every step of the way. I loved observing how the tobaccos were becoming a beautiful marriage of flavors as they continued to mature.”

The Oliveros Gran Retorno comes in three sizes pay homage to different genres of music – the Swing (50 x 6), Banjo (52 x 4 ½) and Fiddle (54 x 6). Each comes in three different wrappers, Connecticut, Habano and Maduro. The Oliveros Gran Retorno Connecticut will be released in late August, followed by the Habano in October, and then the Maduro in December.