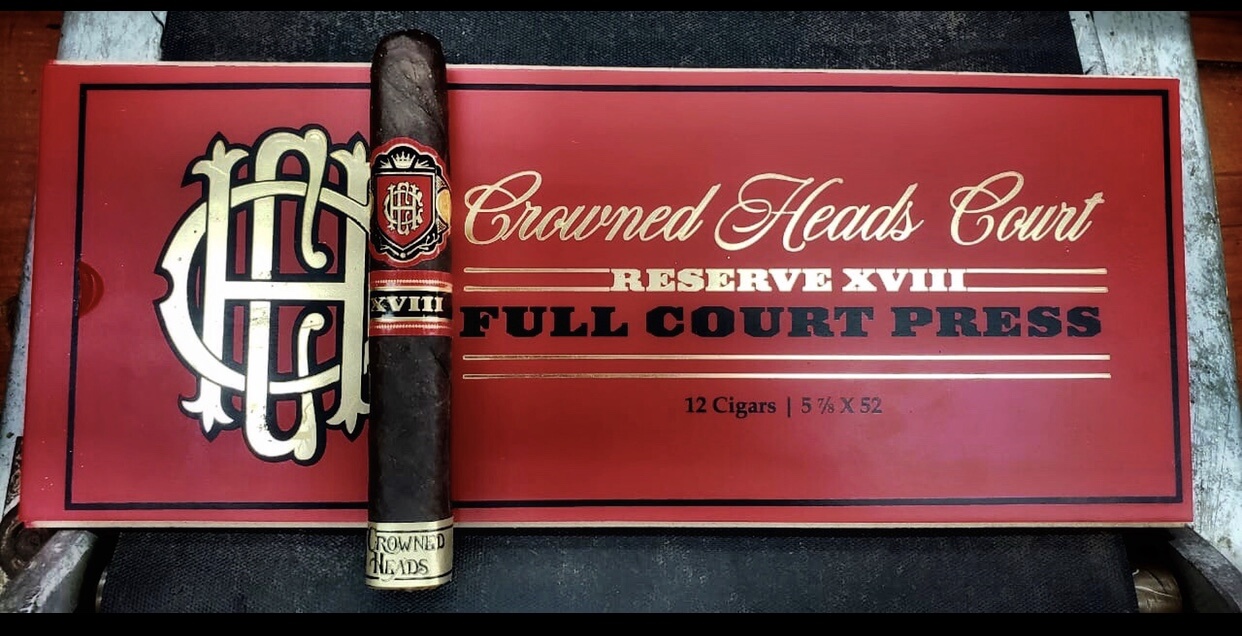 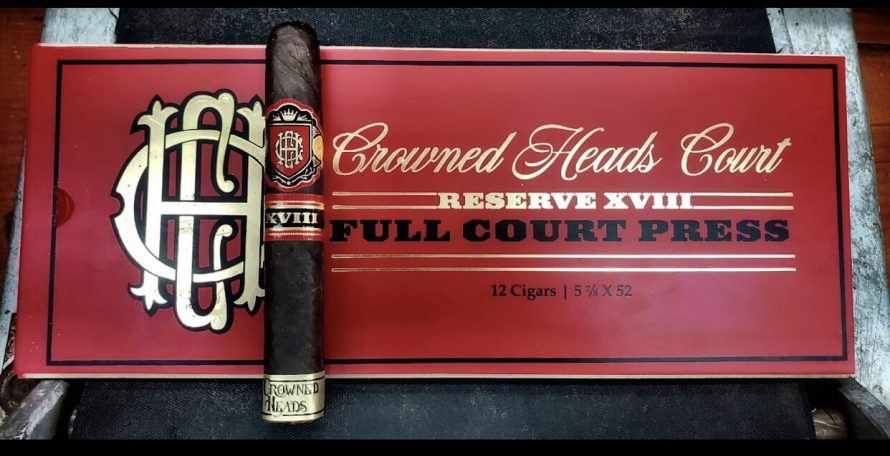 “The idea came to me last May during the NBA playoffs, says Jon Huber, co-founder/owner of Crowned Heads. “Initially, I tossed the name out there somewhat as a corny double entendre, but the more I thought about it the more I liked the idea of releasing a box-pressed expression of CHC Reserve. Once I smoked the sample it was a no-brainer to go to production.”

The blend remains unchanged using the same Mexican San Andres wrapper, Ecuadorian binder, and Nicaraguan filler. The CHC Reserve XVIII Full Court Press LE 2019 is also roleld at the same factory, E.P. Carrillo’s Tabacalera La Alianza, S.A. in Santiago, Dominican Republic. Only 1700 boxes of 12 cigars will be made for a total of 20,400 cigars. The MSRP is $11.95.