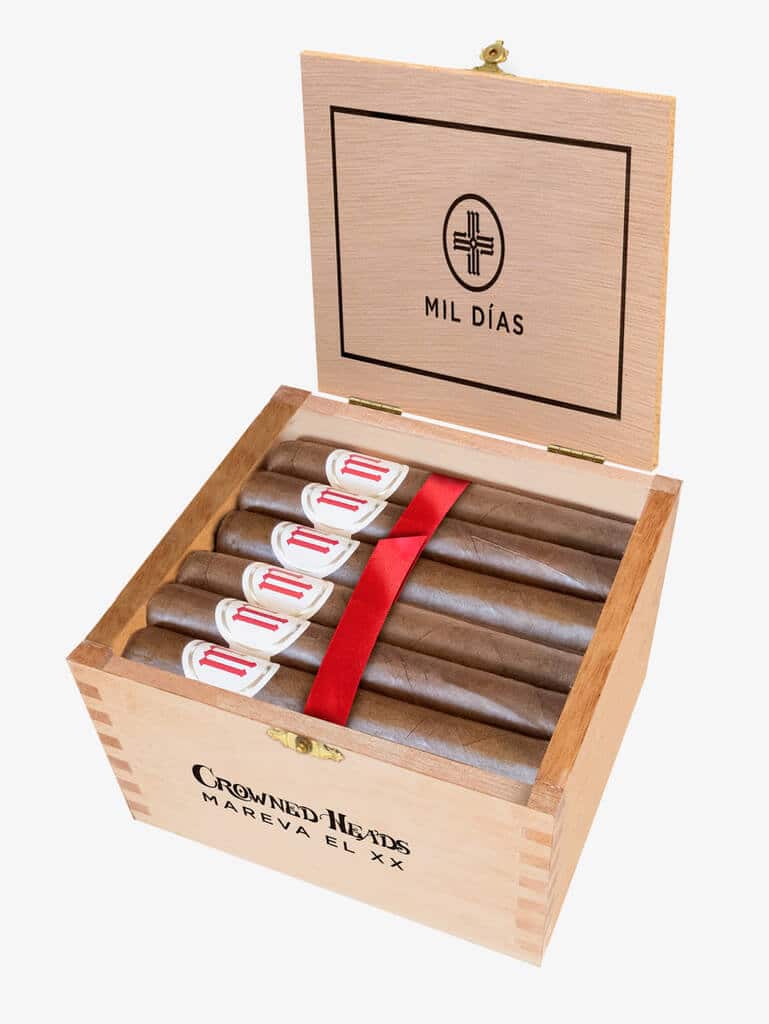 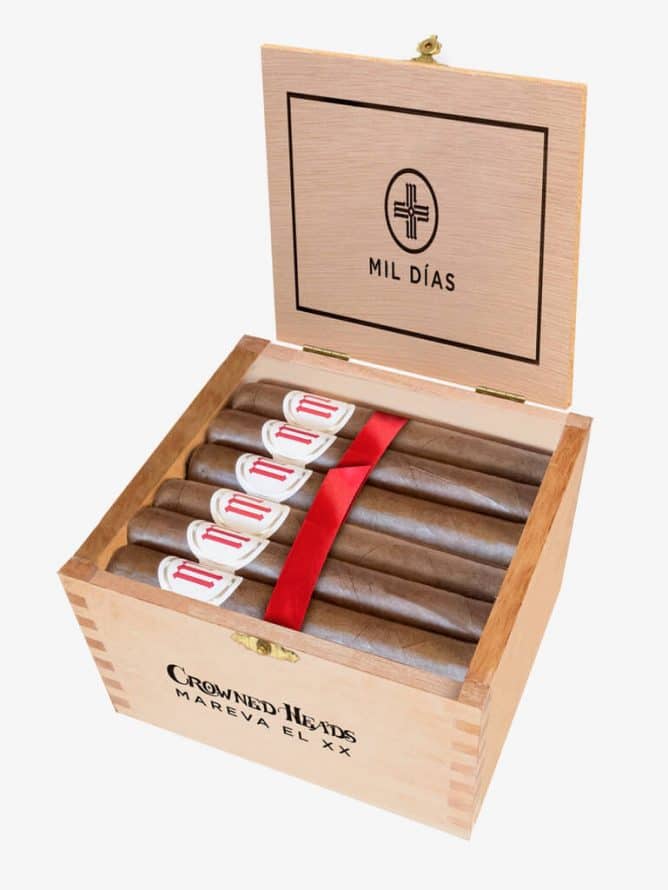 “The seed for a mareva-sized cigar was planted for me last year when our National Sales Manager, Miguel Schoedel, gifted me with a Romeo y Julieta Cedros de Luxe No. 3 (Cuba),” commented Crowned Heads co-founder/owner, Jon Huber. “For my palate, that cigar exhibited so much depth and complexity with impeccable balance while in a smaller-cigar format; it still stands out in my sensory memory. We began work on a Mil Dias Mareva even before we began shipping the first Mil Dias boxes, as I knew in my gut that this blend would translate brilliantly in a Mareva vitola.”