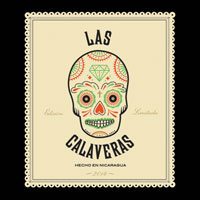 The company behind Headley Grange and Four Kicks is making a new cigar with the Garcias of Nicaragua, makers of the award-winning Flor de las Antillas and a host of other cigar brands. Crowned Heads LLC and My Father Cigars S.A. are going to release a cigar in May called Las Calaveras Edición Limitada 2014. It will be the first Nicaraguan smoke for Crowned Heads.

Themed around traditional Mexican Day of the Dead imagery, Las Calaveras is meant to pay respects for lost loved ones.

“Calaveras will be an annual release that is a respectful homage to those who have passed away in the year before,” Crowned Heads co-founder Jon Huber told Cigar Aficionado. “Rather than a symbol of sadness or death, it’s intended to be a celebration of their lives and remembrances.”

Las Calaveras EL 2014 will come in three sizes: a 5 inch by 50 ring robusto, a 6 by 52 toro and a 7 by 54 Churchill. They’ll be packaged in black, slide-lid boxes of 24 (with three rows of eight cigars) adorned with a festive skull logo. Only 1,000 boxes of each size are slated for production.

For much more on this story, see today’s Cigar Insider.

Update: On 2/5/14 Jon Huber Tweeted this picture of the new release.