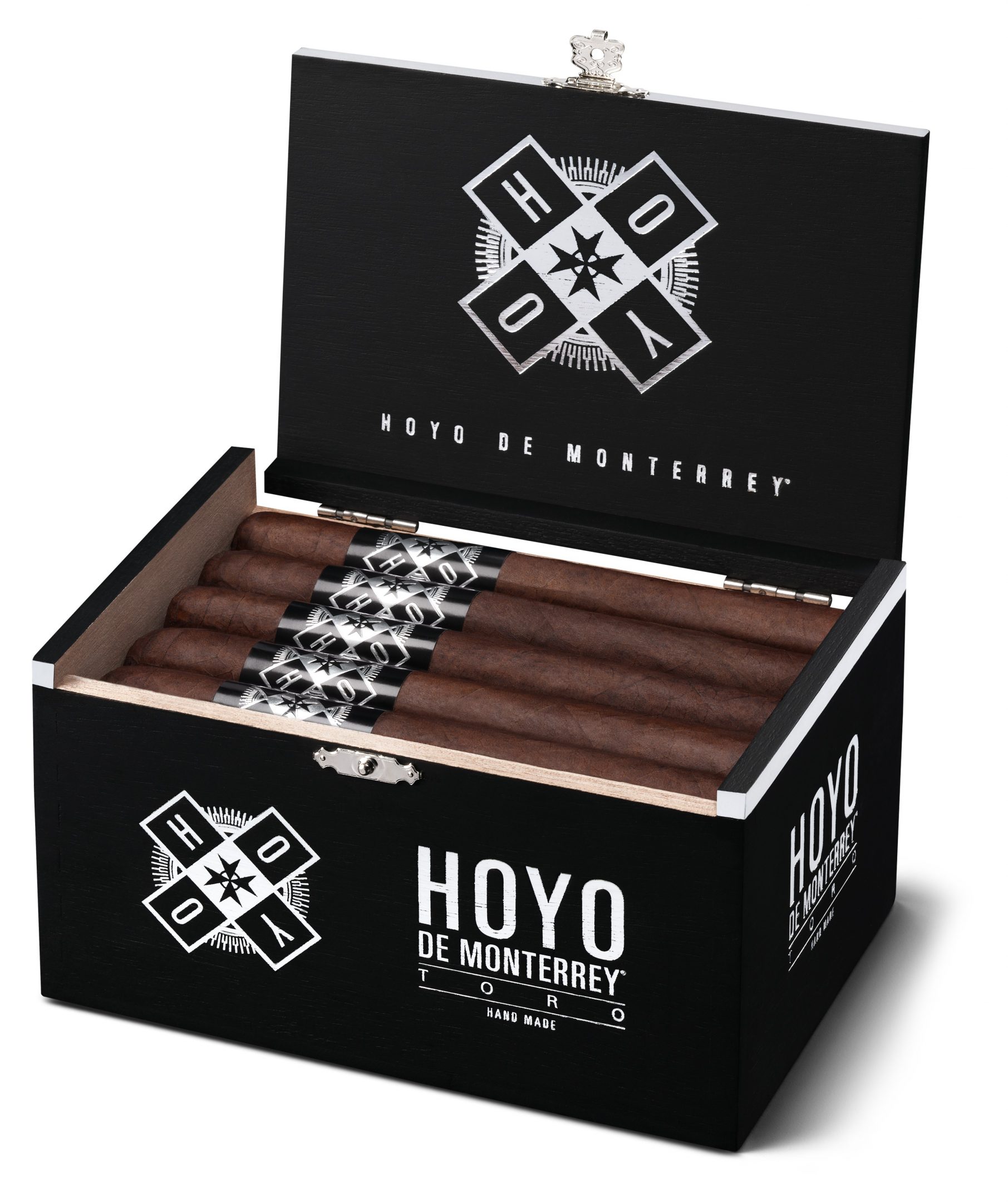 General Cigar will launch a new version of Hoyo de Monterrey exclusively for brick and mortar retailers. The new collection called Hoyo will be available in four sizes ranging in price from $5.49 to $6.99 and begins shipping to all retailers on April 1.

According to Alan Willner, vice president of marketing, “We’re taking the legendary brand Hoyo de Monterrey and moving it into the future. The new Hoyo is about keeping the brand’s rich history of Honduran craftsmanship and infusing it with new ideas, new tobacco and new packaging.”

Hoyo was inspired by Hoyo Edición de Cumpleaños 150, a successful, limited edition cigar released last year. Hoyo 150th anniversary took the first step toward breaking the conventions of the brand by featuring a new variety of Nicaraguan tobacco, a shade-grown wrapper never used before in any other cigar. With sleek new packaging and a contemporary logo, Hoyo Edición de Cumpleaños 150 represented a new wave of the brand.

Continuing along the path carved by Edición de Cumpleaños 150, Hoyo is an artisanal line featuring special tobaccos, proprietary aging techniques and old world craftsmanship. Hoyo takes the same Esteli-grown Habano shade wrapper used in “150” and adds extended fermentation to deepen the flavor. The blend was also updated to complement the wrapper and features longer aging on the filler and binder to deliver a deep, rich smoking experience.

Hoyo begins with a proprietary wrapper called Esteli Habano Shade. Cultivated by the Plasencia Group exclusively for Hoyo, it is the first Cuban-seed, shade-grown wrapper, and is also one of the heaviest wrappers used in premium cigars. The Plasencias use special cultural practices to deliver a thick, pliable leaf with bold, peppery flavor. Given the power of the leaf, the Hoyo blending team chose to apply increased fermentation, taking place over two years, to bring deeper dimension to its taste.

“Small batch cigars, collaborations and other exciting special projects are all possibilities under the new Hoyo,” noted Willner.

The blend consists of three different tobaccos – a Pennsylvania Ligero, plus Nicaraguan Esteli and Nicaraguan Ometepe leaves. Each of the filler leaves was aged for more than 18 months. The Pennsylvania ligero is a powerhouse, balanced by aged Ometepe leaves. The Esteli leaves lend a familiar earthy flavor that increases the cigar’s complexity.

An aged Ecuadoran Sumatra binder lends great combustibility and ensures an even burn.
Each of the four vitolas will be packaged in sleek, 20-count black boxes with silver branding elements. They are:

Future new releases will be branded under the name of Hoyo. In keeping with the brand’s artisanal approach, new products from Hoyo will showcase the craftsmanship and expertise of our Honduran factory.