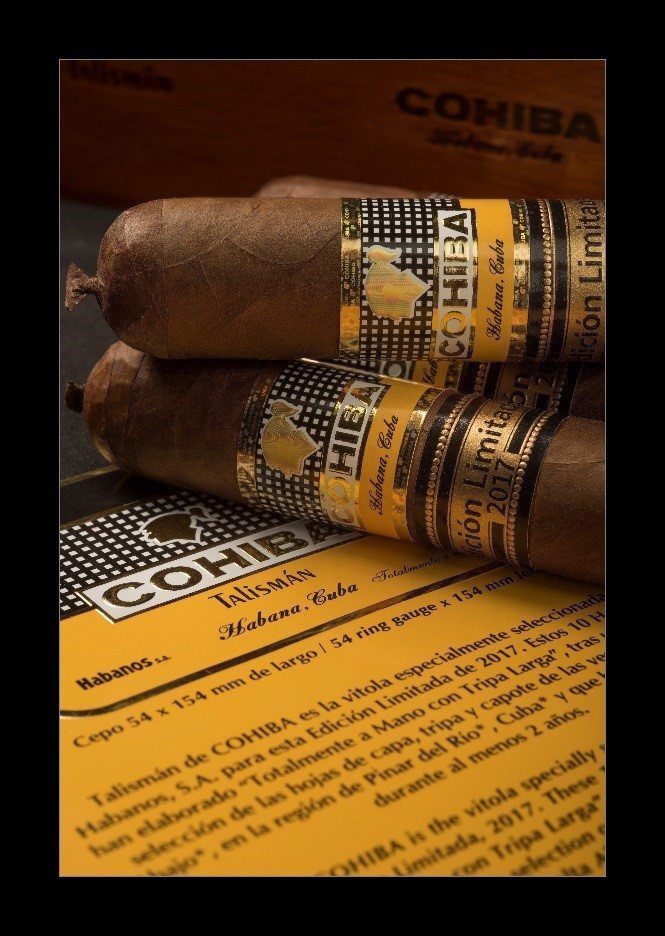 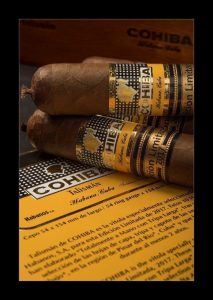 Havana, November 2, 2017 – Habanos, S.A will hold an exclusive presentation of the Cohiba Talismán 2017 Limited Edition at the Corinthia Hotel in London, an unprecedented vitola in the Habanos portfolio, conceived especially for the world’s best premium cigars lovers. All the Habanos of this Edición Limitada – Limited Edition have been made “Totalmente a Mano con Tripa Larga” – Totally by Hand with Long Filler – and their leaves are specially selected from the Vuelta Abajo* region in Pinar del Río*, Cuba*, the best land in the world for growing tobacco. This product is produced and developed following meticulous manufacturing processes at the legendary El Laguito factory, in Havana.

The Cohiba name comes from the first original inhabitants of the island of Cuba, the Taíno Indians, who used this ancient word to define the rolled tobacco leaves that they smoked and that Christopher Columbus first saw in Cuba in 1492. The Talismán name, mysterious, evocative and easily-recognizable in many languages as something that is quintessentially extraordinary and amazing and that brings good luck to mankind and protects them, couples up perfectly with tobacco’s magical and ritualistic origin, whose first-ever moniker was, incidentally, Cohiba.

Cohiba Talismán (54 ring gauge x 154 mm length) is a heavy ring gauge Habano, in line with the brand’s latest launches and is distinguished by a medium to full strength flavour, characteristic of the Línea Clásica blend and which stands out for its elegant and charismatic “pigtail” finish. This Limited Edition’s leaves have been aged for over two years, awarding this extraordinary Habano a complex and highly aromatic character.

With a history of more than 50 years, Cohiba is the most prestigious brand in the world of tobacco since its commercialization in 1982. Initially produced in very limited quantities, today its products can be found on display at all Habanos stores around the world to be enjoyed by the most demanding Habanos enthusiasts. To commemorate its 50th anniversary , Habanos, S.A. recently presented its special edition Cohiba 50 Aniversario (60 ring gauge x 178 mm length), one of the most exclusive and luxurious releases in the history of Habanos, Cohiba Majestuosos 1966 (58 ring gauge  x 150 mm length), with a totally innovative vitola addition to the Habanos portfolio and the Cohiba Medio Siglo (52 ring gauge x 102 mm length) , with its new vitola in line with current trends and which joins the regular portfolio as part of the Línea 1492.

For the global launch of the Cohiba Talismán 2017 Limited Edition Hunters & Frankau Ltd have chosen the Garden Lounge venue at the Corinthia Hotel, one of London’s most prestigious hotels and renowned for its iconic Cigar Terrace that specialises in Habanos. The event is scheduled to take place on November 7th and the evening promises to be full of surprises for those lucky enough to attend this exclusive event.

Hunters & Frankau Ltd. is the exclusive distributor for Habanos, S.A. in the United Kingdom, Republic of Ireland, Gibraltar and the Channel Islands. Founded in 1790 it is the United Kingdom’s most important Premium cigar trading company and boasts a wide distribution network that includes specialized retailers, wine merchants, hotels and restaurants. It has been designated exclusive distribution rights for Habanos tobacco brands in this sector since 1992.

Corporación Habanos, S.A. is the world leader in the commercialisation of premium cigars both in Cuba and the rest of the world. It has a network of exclusive distributors present in five continents and in over 150 countries.

Habanos, S.A. commercialises 27 Premium brands made Totalmente a Mano-Totally by Hand- under the Protected Denomination of Origin (D.O.P.), including important brands such as Cohiba, Montecristo, Partagás, Romeo y Julieta, Hoyo de Monterrey and H. Upmann, among others. After over 200 years, Habanos continue to be made Totalmente a Mano- Totally by Hand and have been a benchmark for the entire world ever since.