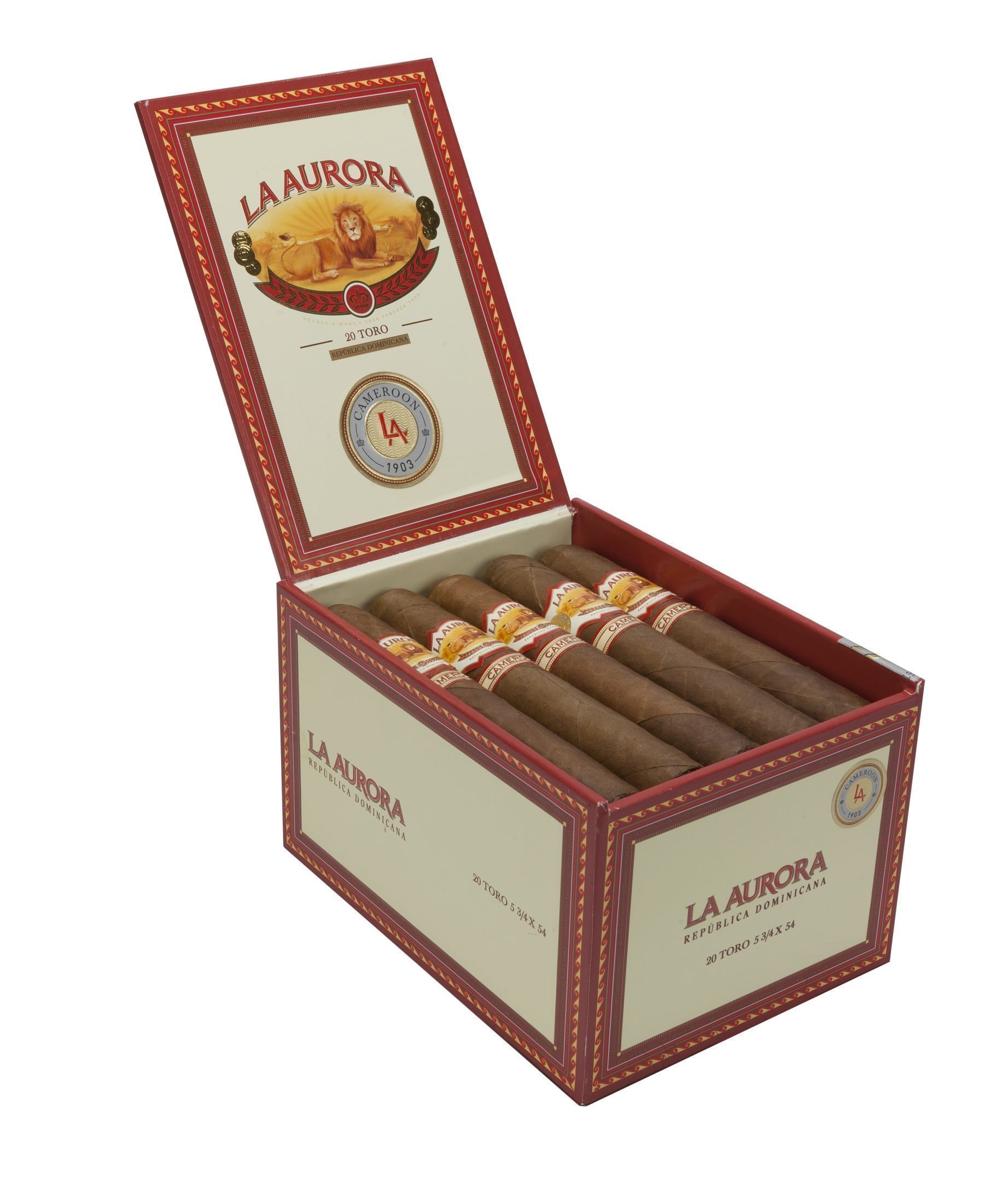 The La Aurora 1903 Cameroon is a special blend, as it celebrates the year in which the Cameroon wrapper was first used, (which also happens to be the inaugural year of the company itself). The 1903 Cameroon features a beautiful Cameroon wrapper, housing Sumatra Ecuadorian binder, and Dominican & Nicaraguan fillers. The Leon family which is celebrating 113 years in the marketplace has created this “time capsule” series, as a “thank you” to the consumers, which have helped them, reach this milestone. For this reason, the La Aurora 1903 Cameroon just like its predecessors, the 1962 and 1987 will be offered at the same consumer friendly price, $5.75 – $6.25. 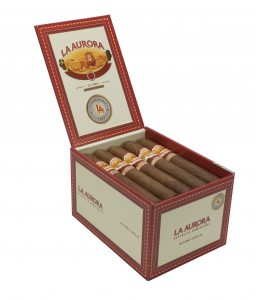 La Aurora is the oldest cigar factory in the Dominican Republic. Masters artisans elaborate manually the best handmade cigars, since 1903, almost 113 years ago, today. Located in Santiago de los Caballeros, world capital of Premium cigars, in the center of the best tobacco-growing area in the world, El Valle de Cibao, La Aurora Cigars is a family-owned company chaired by Guillermo León. He represents the fifth family generation at the forefront of the company and a symbol for all Dominicans. La Aurora is the leading company of the Dominican tobacco market and is present in more than 60 countries – among which United States, Spain, Russia, France and Germany