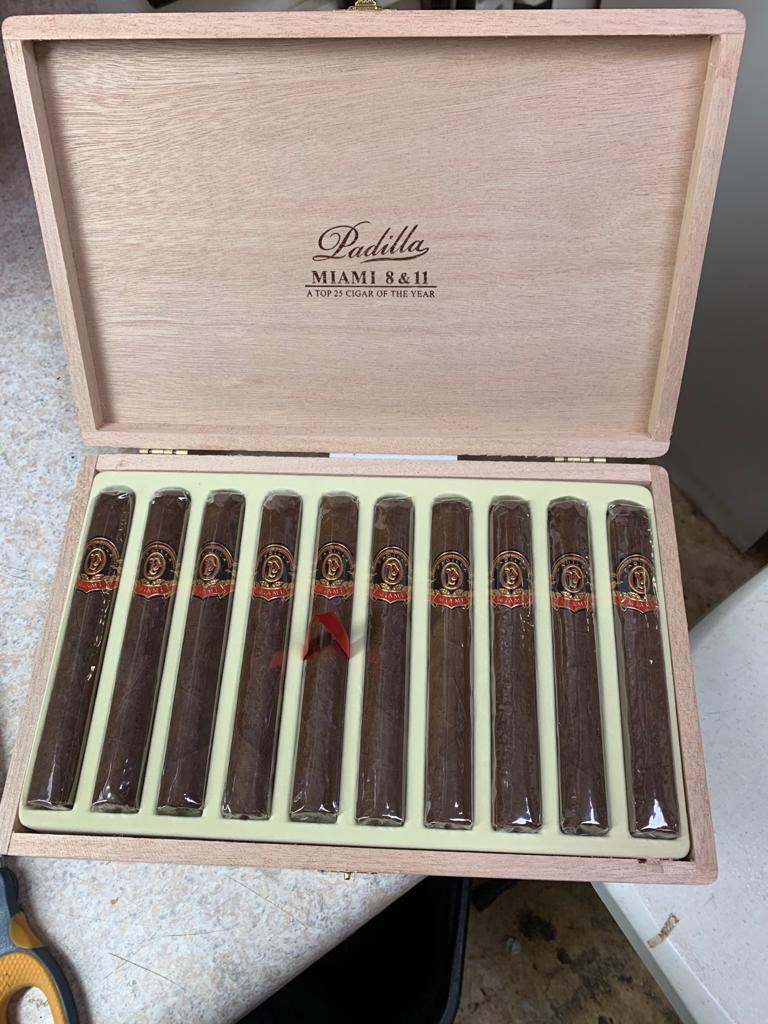 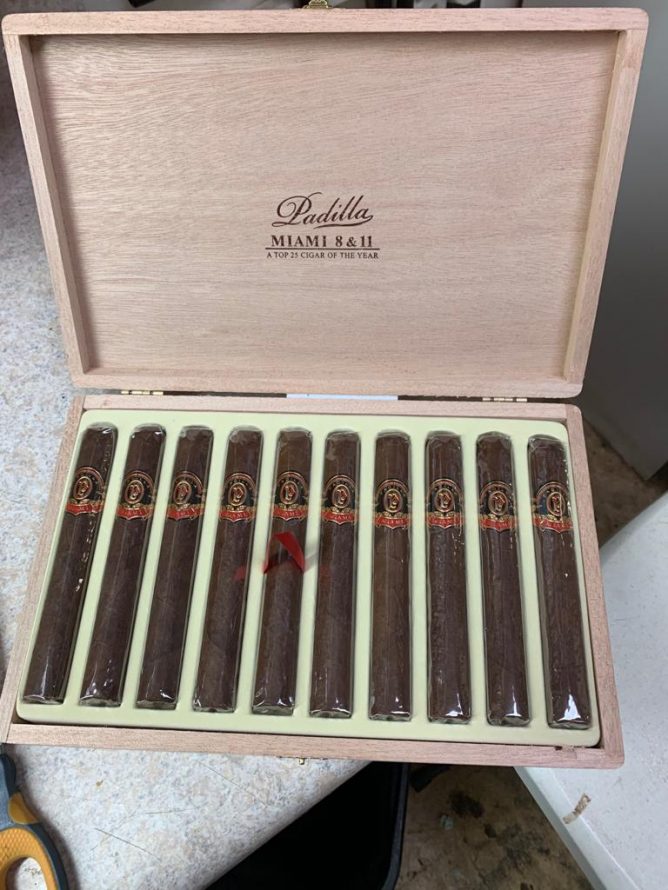 Padillia Cigar Company is re-releasing their Miami 8 & 11 cigar and it is shipping currently. At first, the cigar will only be available at two shops, ZT Cigars West of Mississippi and Pipe and pint east of Mississippi.

The original 8 & 11 came out in 2005 and was made by José “Pepín” García at El Rey de los Habanos factory, located on 8th Street and 11th Ave., hence the name. In 2008, production of the 8 & 11 was haulted and the company made a new cigar called simply the Padilla Miami made at Raíces Cubanas in Honduras. Then , in 2011, production of the Miami moved to El Titan de Bronze. Then, in 2016, Padilla relaunched the Miami 8 & 11 made at Raíces Cubanas.

This latest version of the Padilla Miami 8 & 11 is rolled at at El Titan de Bronze in Miami using Nicaraguan AGANORSA tobacco. It comes in one size, a 6 x 52 toro that comes packed in boxes of 10 and sells for $16 per cigar retail.