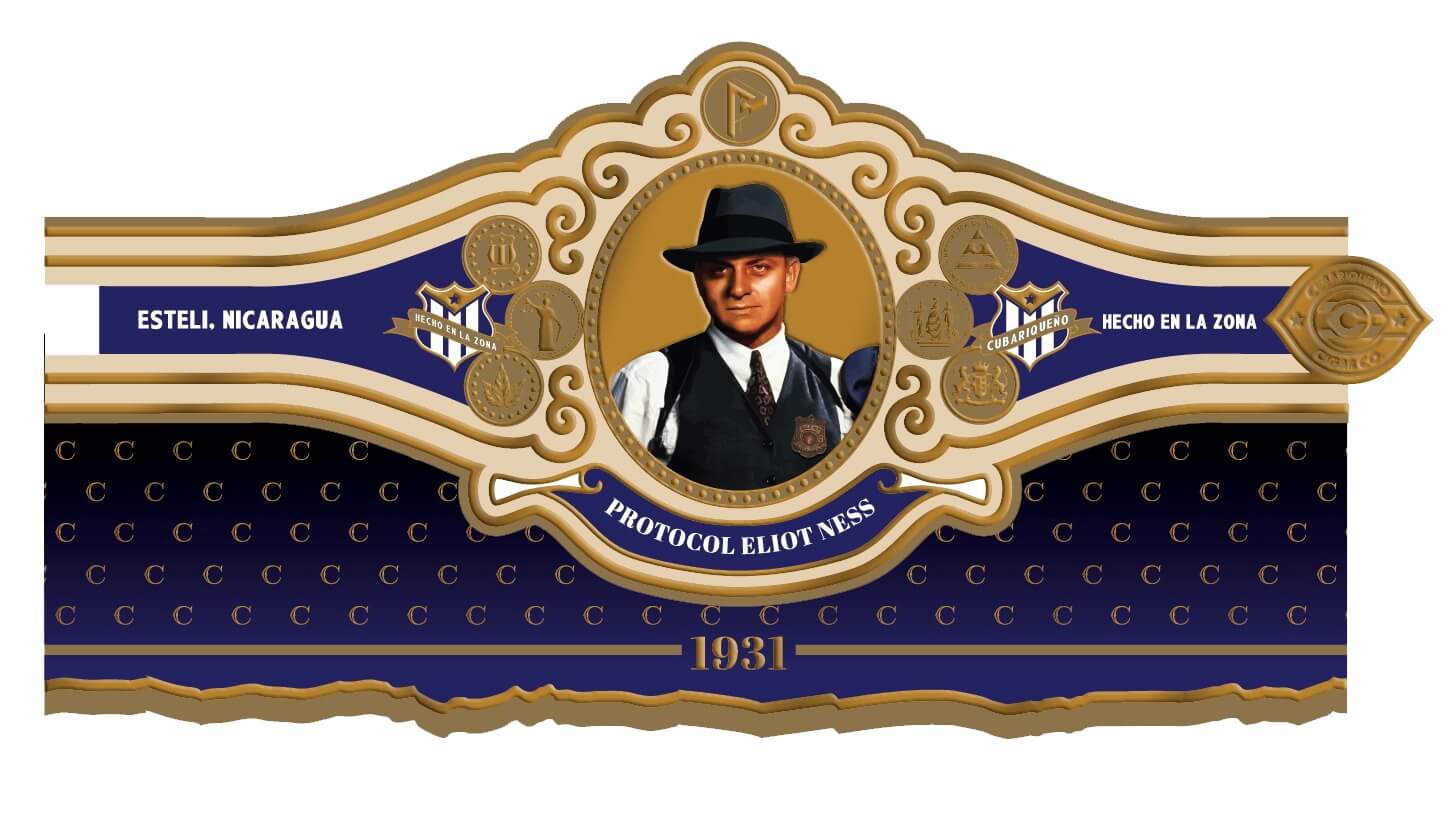 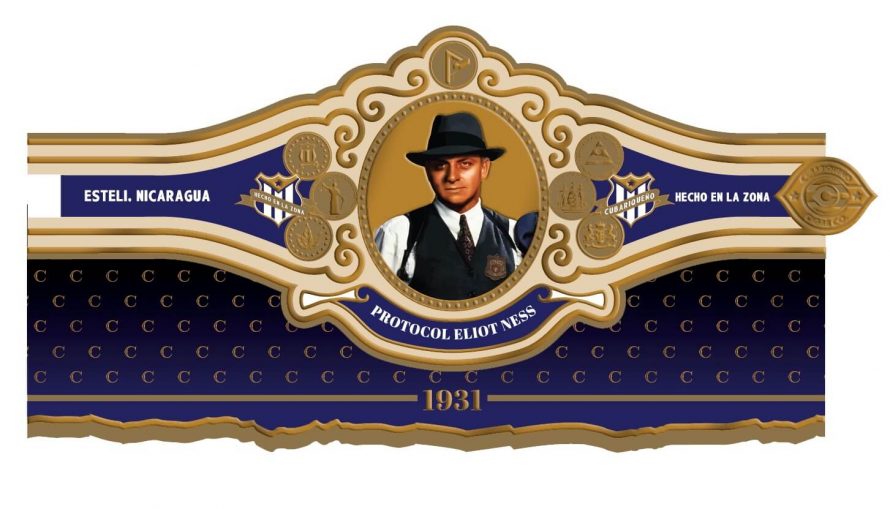 Today, Protocol Cigars (Cubariqueno Cigar Company) announced a new addition to their Lawmen series, Protocol Eliot Ness. Eliot Ness joins Sir Robert Peel as the second installment of the Lawmen Series that came out last year. This series has a more refined and regal look than Protocols other lines. 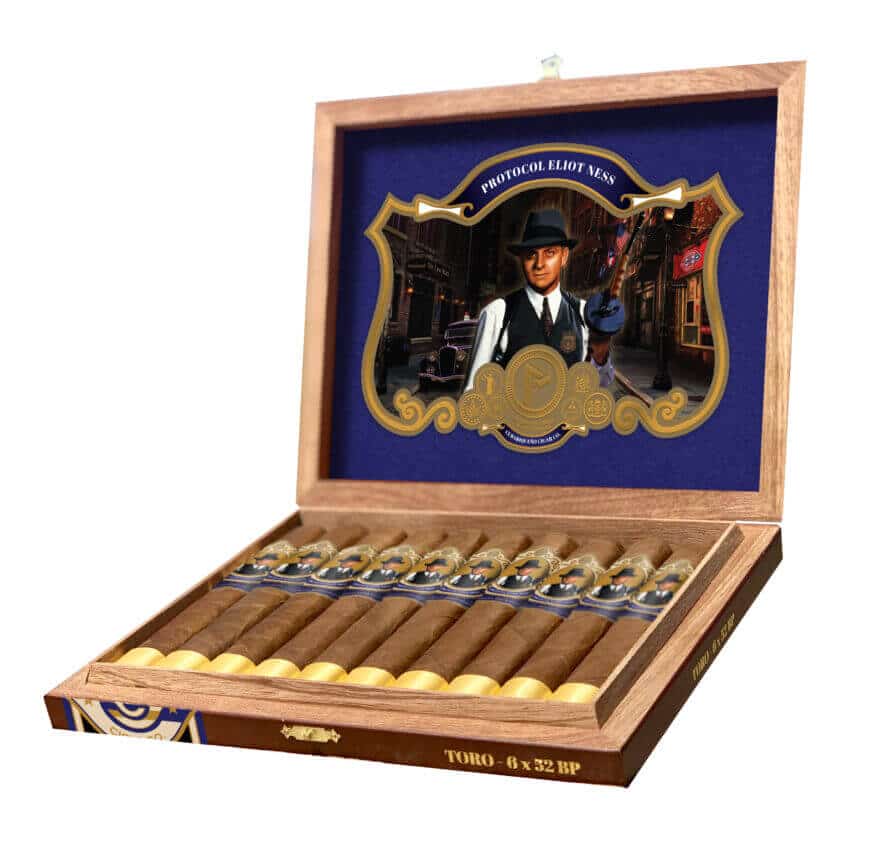 Juan Cancel, co-founder and owner of Protocol Cigars says, “The Sir Robert Peel was a total change of direction for the company. We wanted to offer our supporters a more regal product from marketing, packaging, and to the actual tobacco used in the blend. We wanted to stay true to our working class supporters, but wanted to also offer them a higher end product. Sometimes the average working Joe likes to put on a suit and get a little fancy while smoking his cigar. It was a bold move and it paid off. The Protocol Sir Robert Peel was and continues to be a tremendous success for us. We figured why not continue on the coattails of that success.” 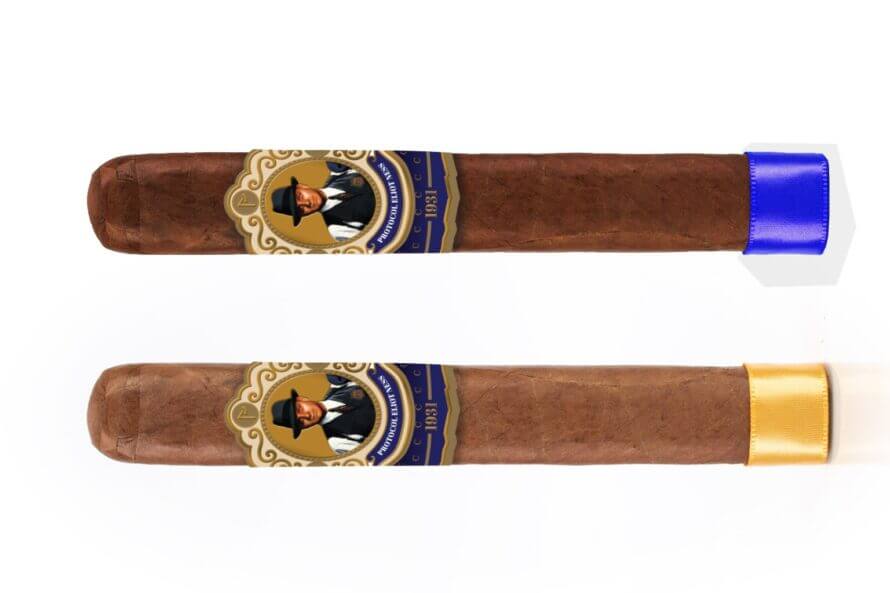 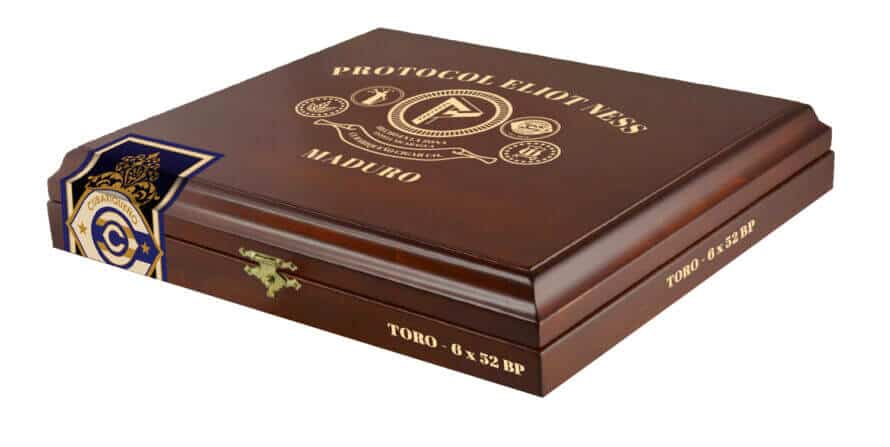 Just as with the Sir Robert Peel, the Eliot Ness will be offered in both Natural and Maduro wrappers. Both blends are Nicaraguan Puros with the Natural having a Double Habano wrapper/binder with Viso/Seco/Criollo fillers and the Maduro having a Nicaraguan Broadleaf wrapper, the same habano binder and Viso/Seco/Corojo from Esteli and Jalapa. Something unique about these two blends is this is the first cigar offered from Protocol with no ligero. Kevin Keithan, co-owner states, “We wanted to do something new and exciting for us. This is the first blend we offer to the market that has no ligero tobacco. A far cry from our first offering in 2015 that had quadruple ligero in the filler. So all the strength and power of the blends come from the other tobaccos. It is a very unique smoking experience, especially for those who are used to smoking Protocol Cigars. We are super excited about this project!” 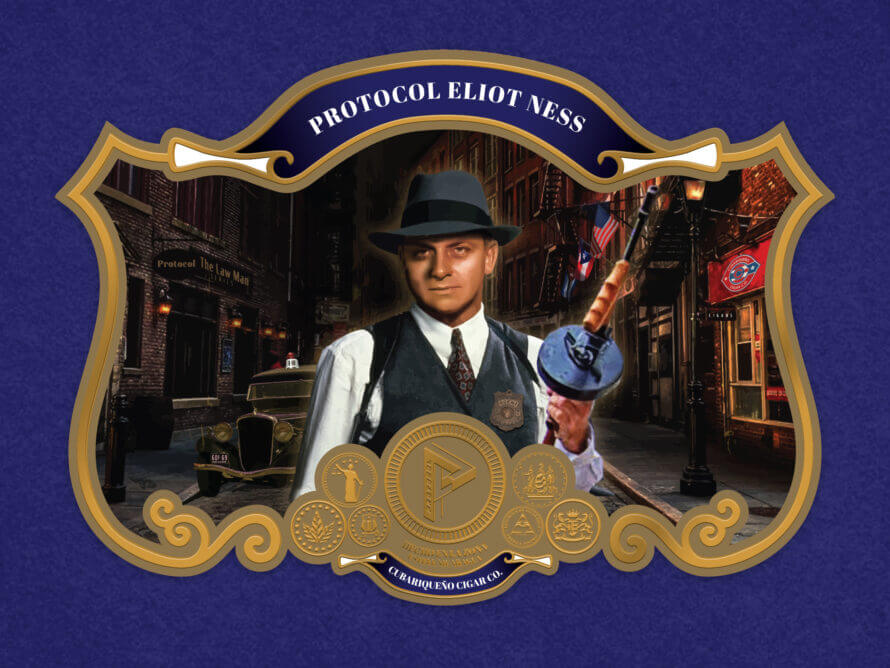 The Protocol Eliot Ness comes in boxes of 10 and only one vitola, a 6X52 Boxed Pressed Toro. Each box will cost $119.50, making each cigar 11.95. Both blends will ship mid to late fall and are full production. This is also the first time a Protocol cigar will be rolled outside of La Zona. Eliot Ness is rolled at AJ Fernandez’s San Lotano Factory in Ocotal, Nicaraguan, under the direction of Erik Espinosa. The cigar was blended by Protocol Cigars, under the guidance of La Zona’s blender Hector Alfonso Sr. “We really wanted this cigar to be done with a Connecticut Broadleaf, unfortunately it’s very scarce right now. We are fortunate enough to have a great relationship with AJ Fernandez. AJ offered us the use of his proprietary Nicaraguan Broadleaf, which lead to his offer to actually manufacture the cigars in his factory. The Protocol Elliot Ness will be manufactured using his tobaccos, while following the blend we created. We are eternally grateful to AJ Fernandez, Erik Espinosa and Hector Alfonso Sr. for their help in making this project a reality!” said Juan Cancel.