Light brown sandy wrapper with lots of veins. Cigar has four years of age and the wrapper is dry feeling. Sloppy triple seem cap and the band is a typical RASS style. During inspection no soft spots were found and I could not narrow down a definite pre-light smell. Cold draw was very tight, however, imparted notes of earthy barnyard and tobacco flavors with some spice.

Cigar opened with a bold dark coffee taste which was bitter but not in a bad way. Aroma was fabulous, reminding me of chocolate and cream. Burn of the cigar was wavy, however, I encountered some troubles while getting the cigar lit and this could be user error. End of the first third cigar was extremely mellow, creamy, and smooth. Body and strength both were mild to medium. Lots of thin white smoke led to a soft gray ash and a mesmerizing aroma that was very enjoyable.

Half-way into the second third the cigars tastes immediately took on a nutty character, almost like an almond paste. Draw opened up immensely and was effortless. Cigar moved into the medium body category and the aroma reminded creamy and enjoyable. Into the final third, tastes turned to smooth light coffee and earth, dropping the nutty character completely. Burn had to be touched up and remained solid until the finale of the smoking experience.

Aroma on the final third was a mix between an old musty book and perfume. Quite unique and still very enjoyable. Cigar was easily medium-full bodied now producing mouth-loads of creamy white smoke. Cigar transitioned back to very bold nutty tastes that were both sweet and mellow. Ash was a mixed white and gray and cigar kept my palate wanting more. Finish on the palate was very refreshing.

Although not overly complex, this cigar was more than what I expected. I have smoked a few RASS in the past and did not recall them being this good. Smooth, rich, creamy and very enjoyable sums up this cigar quite well. The appearance of the cigar on the pre-light may have led many aficionados to pass on this cigar (me included), but this is the perfect example of “don’t judge a book by it’s cover.” I’ll certainly be seeking more of these out. 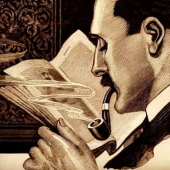 Cigar News: Flor de Selva “Toro” Connecticut and Maduro to be Officially Released at the 2015 IPCPR