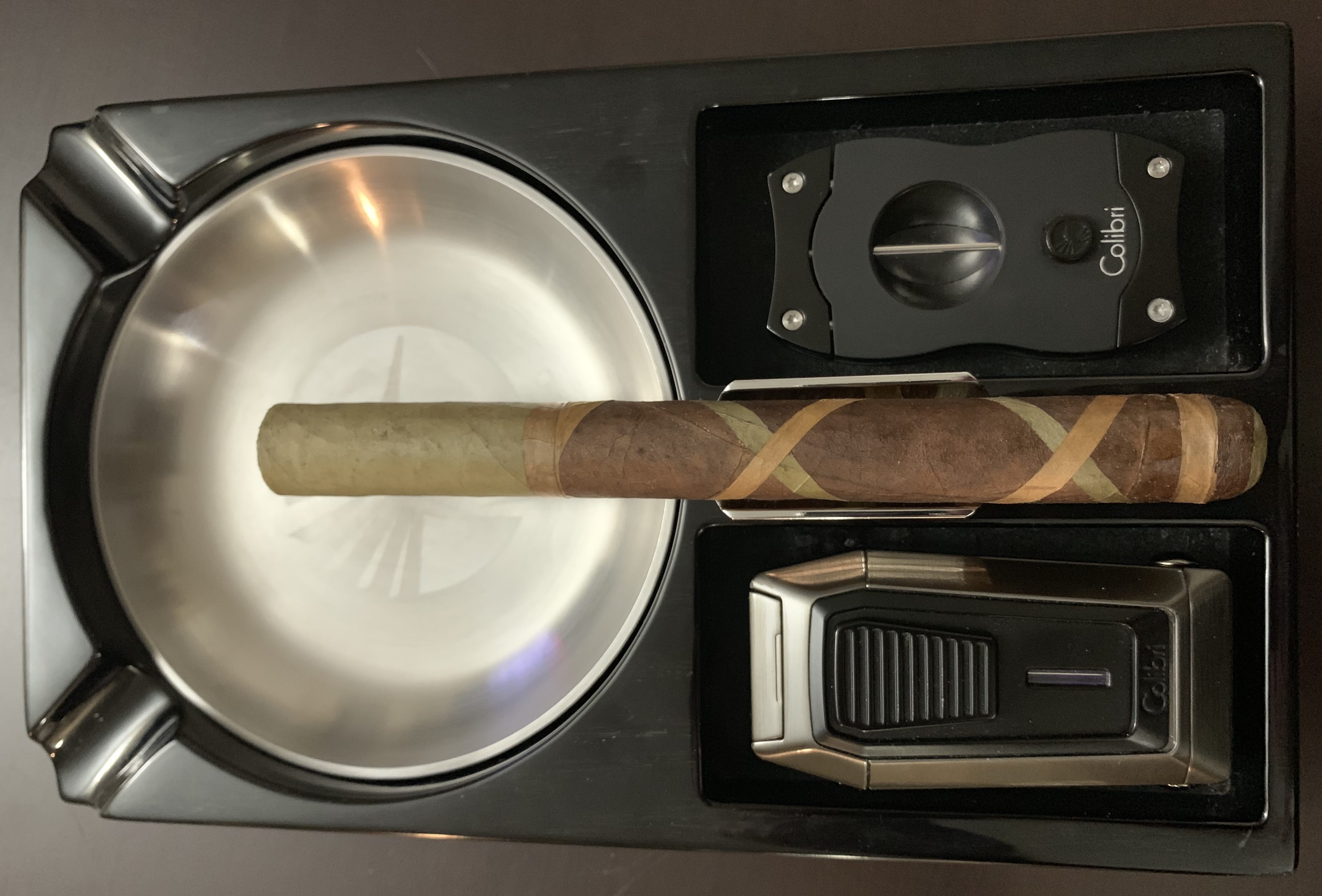 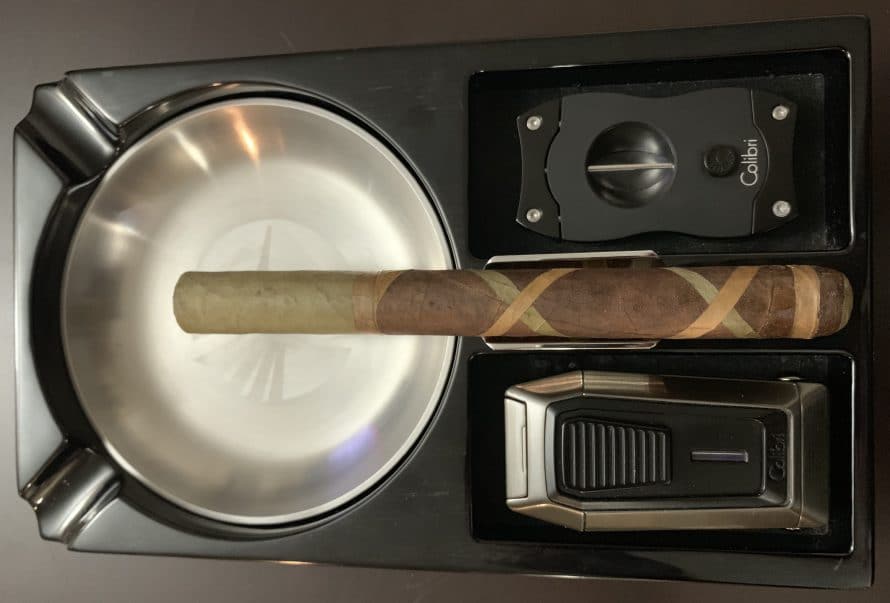 This cigar is a 6 1/2 x 44 lonsdale based upon the standard CroMagnon blend, but with various wrapper flourishes. Multiple different wrapper patterns/combinations were created for this limited release (5,400 total cigars produced) but the one I selected this evening sports a significant candela foot, as well as a criss-crossed pattern of candela/natural wrapper leaf overlaid on top of the standard Connecticut broadleaf maduro wrapper. It is truly a sight to behold. CRAFT 2019 was created to celebrate the 10th Anniversary of Riverside Cigar Shop and Lounge. Production was limited to 350 12 Count boxes and 100 12 Count boxes that contained a CRAFT Turismo and RoMa Craft Tobac XO cutter from Xikar. MSRP is $12.50 per cigar or $150/$350 per box. 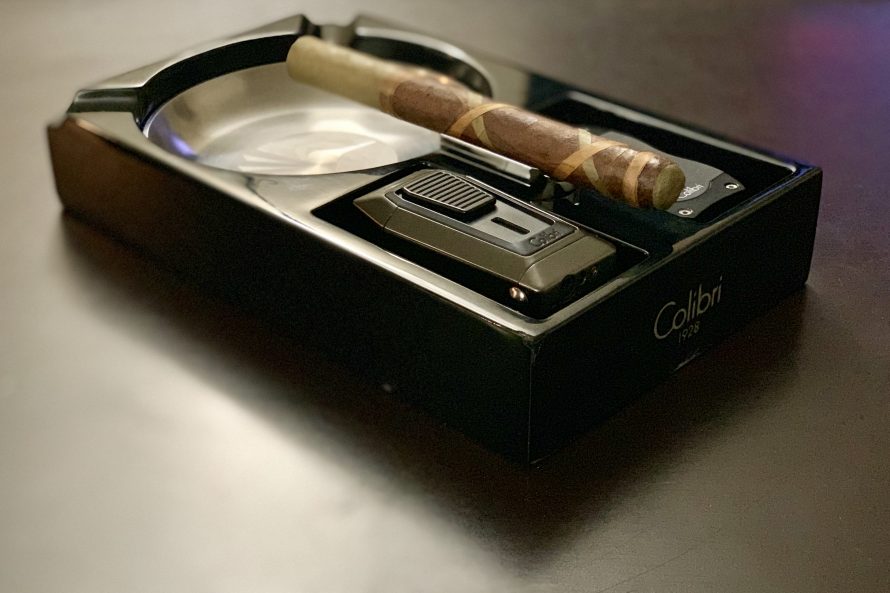 The appearance of this cigar is simply a thing of beauty; the amount of time, love, and care that had to be dedicated to the craft of cigar making has been distilled into one singularly unique stick. Honestly, this cigar is so beautiful, it almost hurts me to turn it to ash, but simply looking at it isn’t enough… The construction is solid, both literally and figuratively. An inspection of the foot shows a tightly wrapped blend, and there are no soft spots to be found along the cigar’s length; this sucker is packed. The aroma is similar to the standard CroMag blend, but with a hint more sweetness. It’s earthy, but not a bit of hay; it’s rich, but not overpoweringly so. Not much spice to be found before lighting, but one never truly knows… 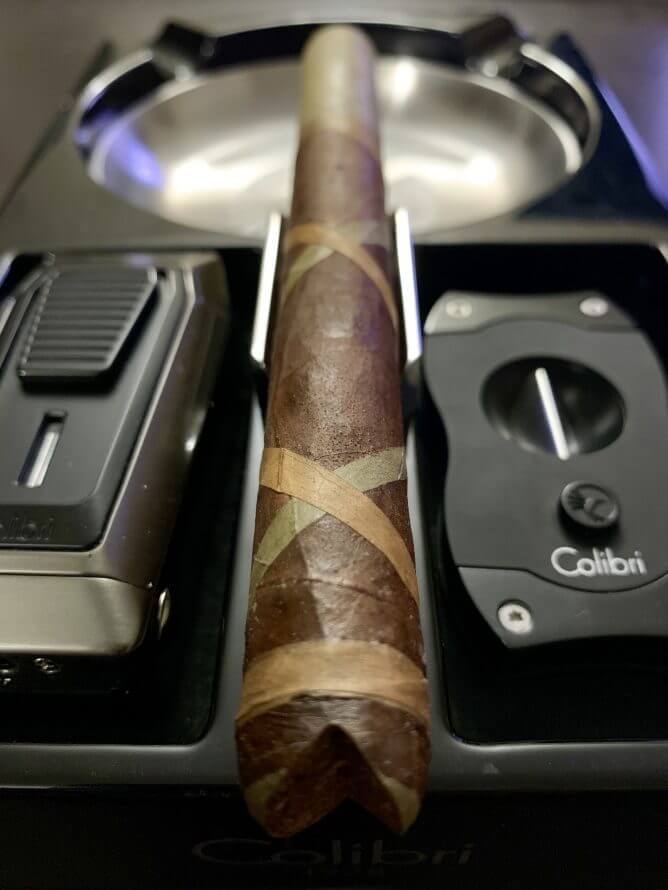 For most cigars, I tend to mostly ignore the first 1/2″” as they are just getting started, and generally don’t put their best foot forward; not so for this cigar. After the cut is complete with a Colibri V, and toasted well with an angled triple-flame butane torch, the first solid herf is rewarded with a mouthful of thick, delicious smoke that instantly reminds me of why I fell in love with cigars in the first place.

As the first bit of this cigar progresses, I appreciate the solid, consistent burn and char line nearly as much as I enjoy the rich, full-bodied and medium-full strength flavor. I generally don’t seek to isolate specific tasting notes, but charred meat and leather do certainly come to mind. Nicotine presence has been medium thus far, but I’m not as sensitive to that as some people. 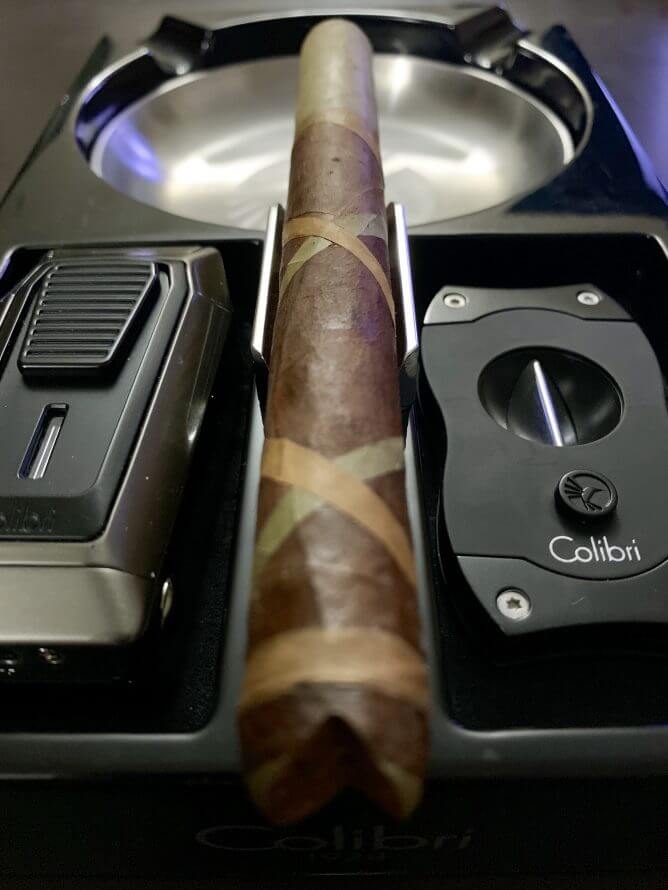 The ash has hung on for entire length of the candela foot before falling off neatly in my ashtray, which is impressive considering it was nearly 2 inches long. The flavor intensity has stepped up a bit, as has strength and nicotine presence, but all in very good ways, probably due to making it past the candela foot. The burn has remained straight and true, no thoughts of a touch-up have entered my mind. This cigar is on cruise-control, and I’m along for the enjoyable ride. 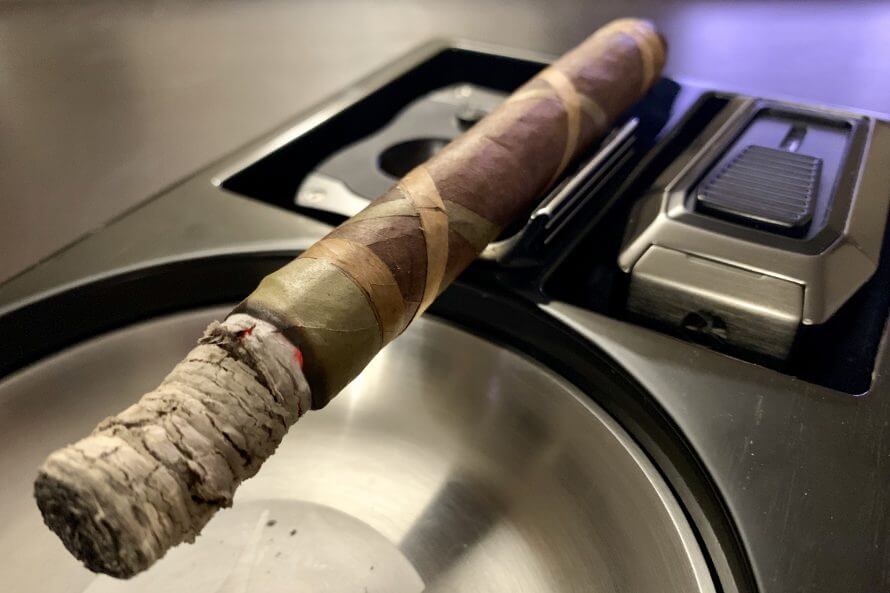 The final third has been a repeat of the first two, and in no way is that a disappointment. This cigar has performed exceedingly well from the start, and continued all along the way. The striped accent flourishes have begun to peel off a bit towards the end, but that is only a minor concern at this point. The flavor has reached full potential, with a perfect balance of strength and still the slightest bit of sweetness.

From start to finish, this was a truly special cigar. The amount of thought, care, and dedication to the craft of cigar creation/production that was evident in this stick gives great credit to RoMa and all the many hands that it took to get it from seed to my ashtray. Throughout, the draw and burn were impeccable; I wish every cigar was made this well. The flavor was always distinct, never harsh, and yet always subtly familiar given it’s background. Though it saddens me to have burned such an amazing example of art and craft, and removed it from the world, I’m also thankful to have experienced something so unique and carefully produced. The remaining ones I have will be saved for truly special occasions.