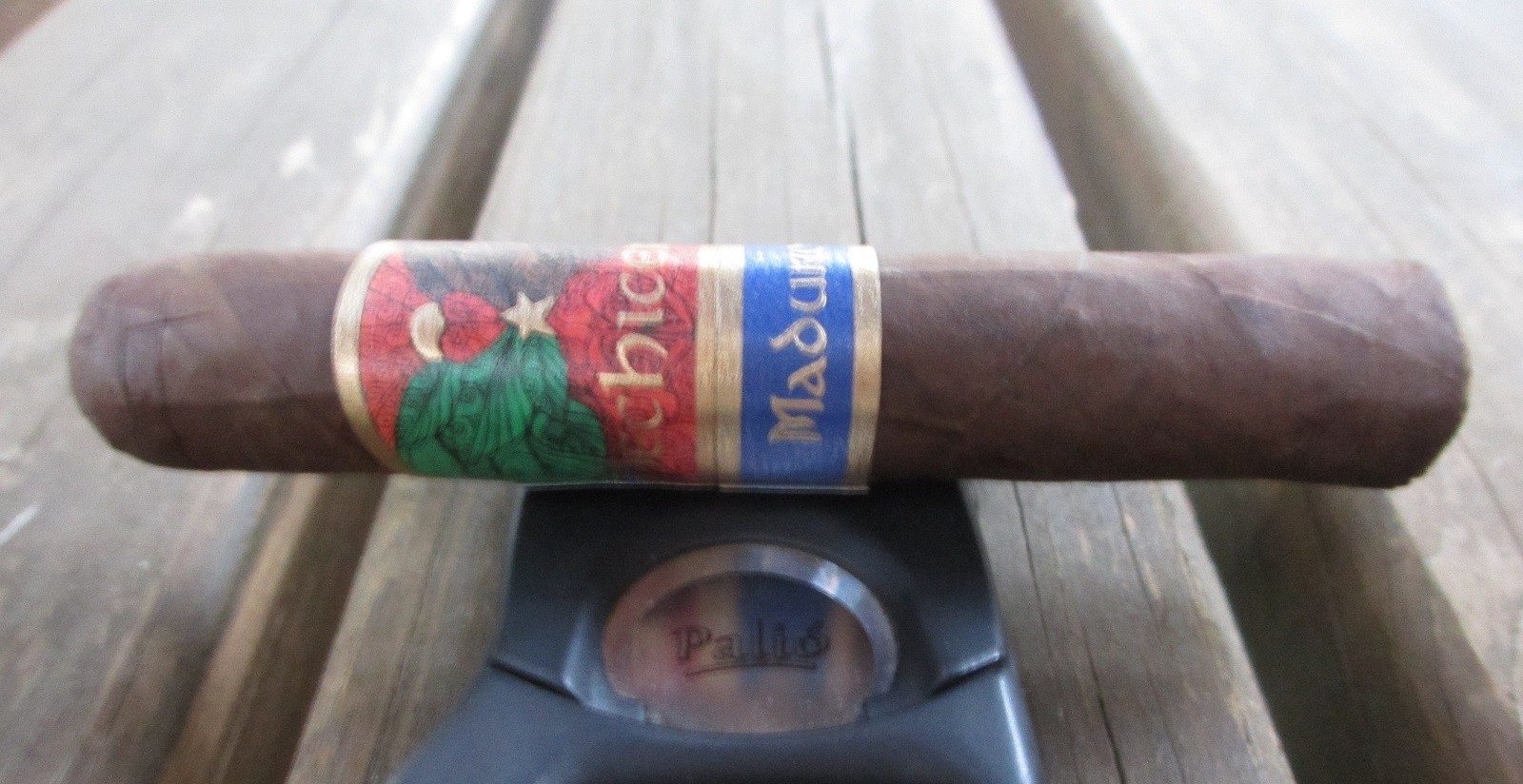 The Hechicera Maduro is the second and final blend from the Sotolongo Cigars partnership with Christian Eiroa and was released in August of 2014. The cigar has a Mexican San Andres Maduro wrapper with Nicaraguan binder and filler. The Robusto measures in at 4.5”x50 and carries an MSRP of $7.46.

The wrapper is a nice chocolate brown with some visible veins. The seams are visible, but tight. The triple cap is neatly applied. The wrapper has a very faint hay aroma while the foot brings a very sweet tobacco.

As the second third begins, the hint of honey goes away. Cedar is the primary flavor in the mouth with a sharpness on the retrohale. Cedar continues as the primary flavor. The retrohale is not as sharp now and carries an underlying sweetness with it. The ash finally dropped at just about the middle of the cigar. With about a half inch left in the third, some earthiness and mineral flavors are making their way into the profile. As the third wraps up, the mineral flavor is primarily on the retrohale while the earthiness is still there in the mouth. The body and strength remain at medium.

The draw was excellent with just the right amount of resistance. The burn was very good. It wasn’t razor sharp, but never really went off by more than an eighth of an inch at any point. The cigar was very firm the entire length. The ash only dropped once at the midway point and then held on again until the cigar was finished.

This cigar was very good. Some very nice transitions which continued throughout cigar which kept things interesting. The flavors the cigar provided were also very appealing. I haven’t smoked the original Hechicera release, so I can’t say how the Maduro compared to it. With the body and strength profile, this is easily a cigar that any cigar smoker could enjoy and at any time of day. It may not hold up after smoking multiple cigars in a day or against a strong beverage, so plan accordingly.

The cigar lasted 1 hours and 50 minutes for me.

I would give the Sotolongo Hechicera Maduro Robusto a personal score of 91.
–