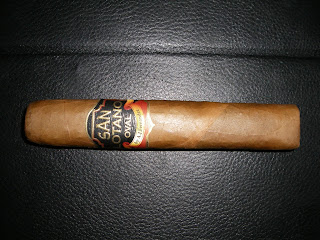 Source: cigar-coop.com
As the 2013 IPCPR Trade Show is about to open in Las Vegas, information has started to surface about the releases from A.J. Fernandez Cigars. Cigar Coop has been able to confirm the release of three cigars for 2013: San Lotano Oval, Pinolero Maduro, and El Mayimbe.

The Pinolero Maduro marks a second installment into the Pinolero line (our #20 Cigar for 2012). The original Pinolero was launched at the 2012 IPCPR Trade Show with a Sun Grown wrapper. No further details were provided on this release.

Finally the El Mayimbe marks a new line by A.J. Fernandez Cigars. Cigar.com first mentioned this line in an interview with A.J. Fernandez who said “I’m releasing a true limited cigar called El Mayimbe. I developed it from a private reserve of tobaccos I’ve been patiently working with for several years now.”

In a discussion with a representative with A.J. Fernandez Cigars, the Raca Taca cigar will not be released until later this year.