The Habano is the third in the line of Asylum Cigars’ Insidious. The Insidious by Asylum Habano made its debut at the 2015 IPCPR Trade Show in New Orleans. Like the Insidious Connecticut Shade and Insidious Maduro blends, the cigar features a sweet tip on the cap.

The Insidious line debuted in the summer of 2014 with an Ecuadorian wrapped cigar over Honduran fillers and featuring a sweet tip, Asylum’s offering geared towards beginning cigar smokers. It expanded this spring with a maduro version that uses a Mexican San Andrés wrapper over the same binder and filler.

“Good looking robusto with a smooth surface and a light brown wrapper. There are no major prominent veins and no blemishes. There are three well applied caps present.” -Sandeep (Djangos)

“The wrapper and foot have a slight sweetness. The pre-light draw reveals what I believe is a sweetened cap. The rest of the flavors are light with a little leather.” -Emmett (BMP_Emmett)

“The initial third starts off with sweet cinnamon and cedar along with a slight white pepper to the tongue. There is also some leather in the back ground. No issues with the burn or the draw. There is a lot of creamy white smoke and the ash is slightly flaky but holds for a little over an inch before falling off.” -Sandeep (Djangos)

“The first few puffs are fairly mild, then a little spice creeps in. The flavors are mostly cedar with a little leather. There are some nice baking spices coming along now at the front is cinnamon and allspice. The story of this third was really the baking spices, with some pepper coming in at the end, with some leather and cedar in the background.” -Emmett (BMP_Emmett)

“Not much change from the first third, other than perhaps a very light touch of spice.” -Stefan (Stefan)

“The second third has me really struggling to pick up any distinct flavors. Really I’m just getting a very mild spice, and maybe some wood, but that is about it. On the plus side, the burn and draw have been excellent. This third finishes out without and changes.” -Emmett (BMP_Emmett)

“The final 3rd was like the first two sweet cinnamon with a nice surprising spiciness.” -Craig (WyldKnyght)

“Once again the predominant flavor is one of cinnamon and baking spices. The woodsy notes are now gone and replaced by a more prominent leather. The pepper is also more prominent now. The pepper increases slightly in intensity towards the end. No issues with the draw or the burn. Over all a very good cigar and an easy smoke.” -Sandeep (Djangos)

“No complains, the draw was perfect from start to finish.” -Craig (WyldKnyght)

“The burn was dead on, never had to touch it.” -Emmett (BMP_Emmett)

“Very well constructed cigar with a nice smooth wrapper. The cigar had some give to pressure. No issues with the wrapper cracking or peeling the entire time. Also the caps were well applied. No issues with cutting.” -Sandeep (Djangos)

“I was thinking this was going to be a one dimension, half decent cigar, but the final third surprised me with some spiciness that pushed it to a very good cigar that I would try again. The sweet flavor seemed to be artificial, but still pleasant.” –Craig (WyldKnyght)

“Overall this cigar was a great smoke with easy to discern flavors and pleasant the entire way with no issues. Will definitely get a fiver or so to age in my humi.” –Sandeep (Djangos)

“The sweetened tip in the beginning left a bad taste in my mouth, so to speak. To me it just says cheap. Other than that the construction was spot on, leading me to believe that this is in fact a good quality cigar, perhaps intended to the novice smoker. I found it pretty boring in flavor, with not many transitions or any discernible flavor that stuck around for any good amount of time. My initial impression may have soured it for me, but I tried to be as subjective as possible, this one just did not do it for me.” –Emmett (BMP_Emmett) 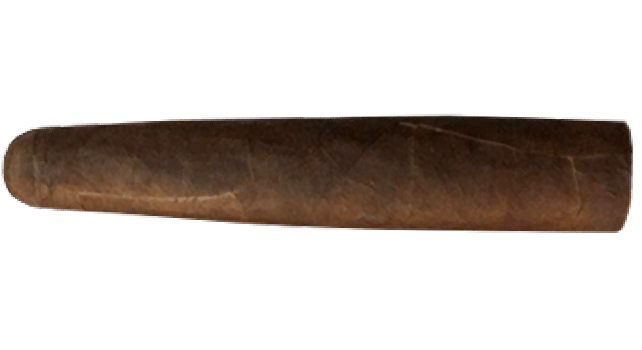