Back2Back was launched by Davidoff in 2018. The blends and sizes are the old “Big Payback” line under a new name. Big Payback was a line started by Room101’s Matt Booth and took the name with him when he left. The Back2Back line is comprised of large ring gauge cigars at relatively low price points. The line comes in both a Connecticut blend and “Nicaragua” blend. The Nicaragua blend is the same as the orignial Big Payback line, and the Connecticut is the Big Payback Connecticut. 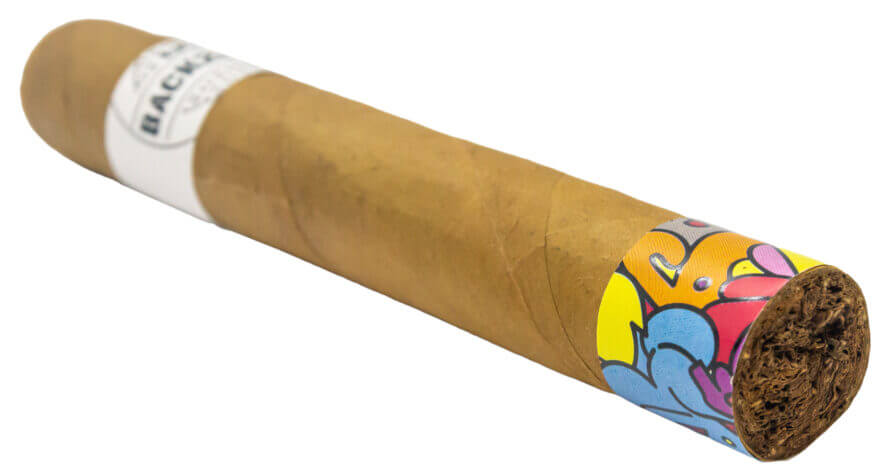 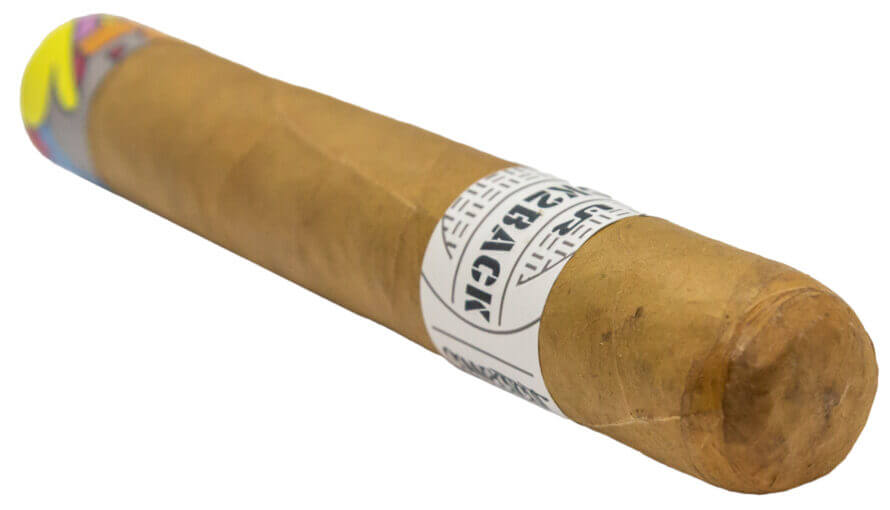 “This wrapper reminds me of straw hay bales in smell and coloring in an open air barn. It has a waxy shine look to it with no seams and a flap cap that sits mid way on the hip. The foot looks to be very well blended and then cutting the cap all the darker tobacco is bunched to one side sitting next tot the binder.” –Allison T. (The Yoga Ash)

“Body presents with raisins and hay, while the foot has notes of cloves, white pepper, and sawdust. Taking a few pref-light draws and you can find more white pepper and sawdust with the addition of some granulated sugar.” –Estevan Z. (TheRealBanzi)

“This started off just like the pre-light aroma of cedar and honey. Cedar was prominent throughout the first third. I was also getting some hay, grass and tea. There was a little bit of a cinnamon that was playing nice with the tea flavor.” –Jake P. (Jake P.)

“Lighting this cigar you are met with granulated sugar that builds to a syrupy sugar coating on the tongue. As you smoke into the third cedar builds a nice undertone to balance. Pushing some smoke through the nose and graham cracker and cinnamon, which lingers, take over. Halfway through there is a shift to a more floral-centric flavor profile with light cinnamon on the tip of the tongue. Not a bad start.” –Estevan Z. (TheRealBanzi)

“As the second third got under way, a light roast coffee creaminess started to take over the main flavor. The slight honey sweetness was still around but not as noticeable.” –Jake P. (Jake P.)

“There is some nice balance in this third. Salted caramel, nutmeg, cumin, and cinnamon with a nice floral note that keeps you interested. Towards the end of the third anise becomes the main focus.” –Estevan Z. (TheRealBanzi)

“Anise just keeps building as I smoke on. The cigar keeps getting better and better as we get down to the band. Pushing more smoke through the nose and you find more graham crackers but this time with cinnamon and sugar sprinkled on top. As the cigar comes to a close there is a really nice vegetal note that brightens up the palate to close this cigar. ” –Estevan Z. (TheRealBanzi)

“The draw was good but a little to tight for my liking. At the midway point the draw becomes near perfect.” –Estevan Z.

“Burn line was sharp but the ash did not stack very well and the middle of the cigar seemed to bur more slowly.” –Jake P. (Jake P.)

“Middle seemed to burn more slowly and the cigar did not seem very tight but did not really take away from the cigar.” –Jake P. (Jake P.)

“Very good combo of flavors, would pair great with an IPA, and despite the appearance and cracking and loose draw, it was a great smoke and burn. No touch ups or anything.” –Joseph S. (Bearded Bastard)

“I thought this was a great cigar. I enjoyed the bigger ring gauge on this cigar, It had a great feel in your hand. I felt this cigar smoked just liked it smelled. It was very wood heavy with a honey sweetness. It was on the milder side on strength but I feel that even someone who leans to a stronger cigar would enjoy this cigar.” –Jake P. (Jake P.)

“This cigar 1011, was like smoking a Jerry Springer Show Episode… issue after issue and it leaves a bad taste in your mouth to point I had to drop the cigar early. Maybe if you like super sour/bitter IPA this cigar might be your jam.” –Allison T. (The Yoga Ash)

“Though I have said before that I am not of fan of big RG, I found thus to be a very good cigar. Flavors can be found easily and it had many changes. I could easily see this as a great morning smoke with a nice cup of coffee. Grab a few and give it a shot.” –Estevan Z. (TheRealBanzi)

Blind Cigar Review: Back2Back | Connecticut 6 x 60
Summary
"I thought this was a great cigar. I enjoyed the bigger ring gage on this cigar, It had a great feel in your hand. I felt this cigar smoked just liked it smelled. It was very wood heavy with a honey sweetness. It was on the milder side on strength but I feel that even someone who leans to a stronger cigar would enjoy this cigar." -Jake P. (Jake P.)
Appearance
92
Aroma
88
First Third
91
Second Third
91
Final Third
94
Draw
88
Burn
89
Construction
83
Overall Experience
92
90
Very Good