Cigar News: Ferio Tego Will be Distributed by Davidoff in the U.S.

Today, Ferio Tego, LLC has announced that they have signed a deal with Davidoff of Geneva USA for distribution of... Read More
87%
Good
AllAVOBlind Cigar ReviewsConnecticutDavidoffDominican RepublicFeaturedHendrik KelnerTorpedo
·March 15, 2021

"If the cigar smoked as well as the last third did I would have loved this cigar, but the first two-thirds were kind of flat for me. I would have expected a longer smoke time cause of the size but I feel like this is a mix-filled cigar so it burned a little quicker than I would have liked. I would recommend this cigar to a newer cigar smoker cause it shows some small transitions and won't overwhelm them. " -Estevan Z. (TheRealBanzi) Read More
AllAVODavidoffDouble CoronaHendrik KelnerNews
·February 15, 2021

Davidoff announced the ninth iteration of their AVO Improvisation Series today. The series is based on the extra-ordinary life of... Read More 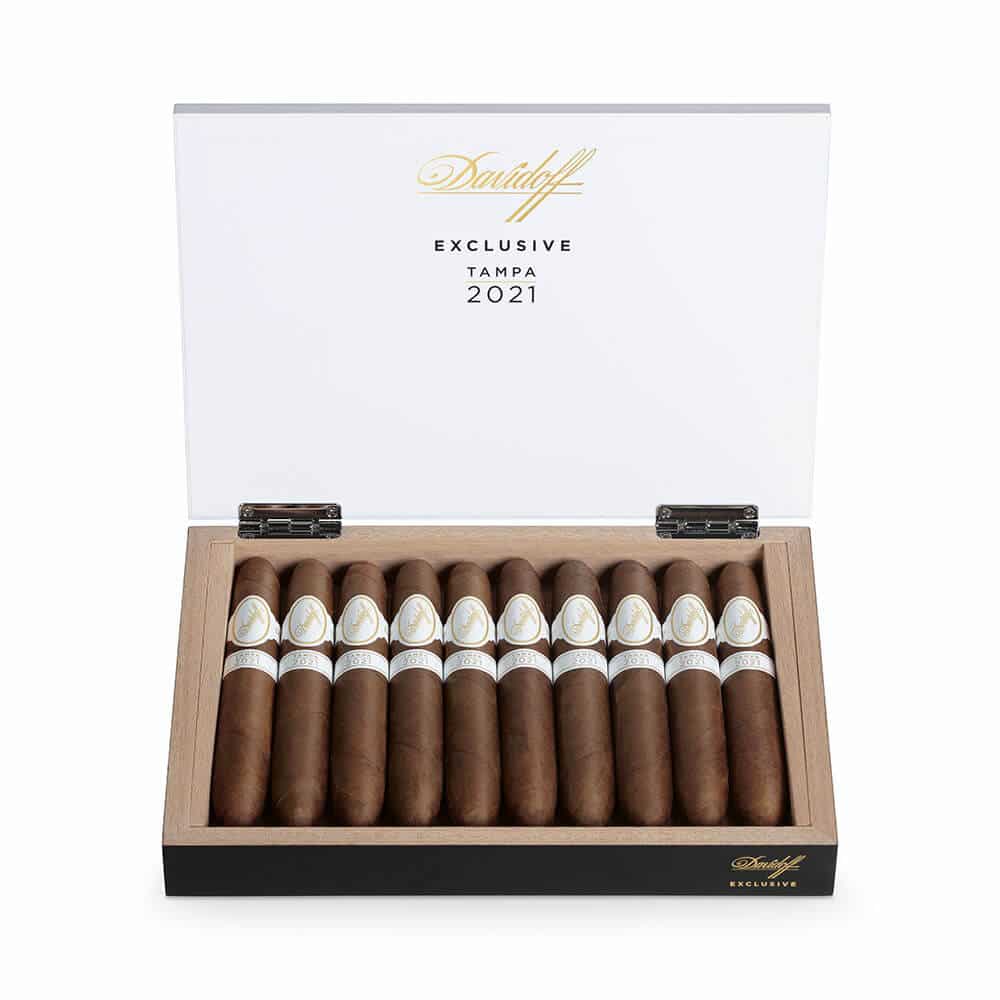 Davidoff has announced the Davidoff Tampa Exclusive Edition which is now available at Davidoff of Geneva in Tampa and some other Davidoff stores around the country. The exclusive cigar comes just in time for the Super Bowl being held in the city this year. The cigar itself is a Perfecto shape, meant to resemble the shape of a football. The box is decorated with the Tampa skyline Raymond James Stadium where that game will be played. Only 500 boxes of this limited edition will be sold. Read More 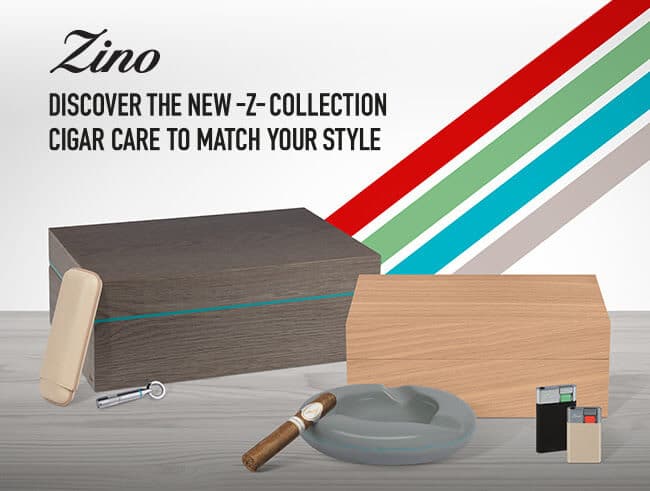 The Zino -Z- collection started in 2019 with the launch Zino humidors and leather cases. Now, that collection is expanding and getting new items for this year with new lighters, cutters, ashtrays and humidors. Read More
AllDavidoffDominican RepublicNews
·April 8, 2021

Oettinger Davidoff AG is giving its Zino brand of premium cigars a refresh with a new slogan: Live life from A to Zino. The refresh comes with a new line and blend as well, Zino Nicaragua. This new line is described as "pronounced Central-American taste profile at an attractive price point." Read More
92%
Great
AllAVOBlind Cigar ReviewsDavidoffDominican RepublicFeaturedHendrik KelnerPerfecto
·March 5, 2021

"This is a blend for those who enjoy the deep earthy flavors that you usually find with Honduran or Cuban tobacco. Strong cayenne on the retrohale and just a slight sweetness on top of the earth gives the cigar a slight variation from the solid dirt and minerals that star in this stick. " -Lauren S. (Lauren S.) Read More

Davidoff Cigars has announced a new Davidoff Winston Churchill collection and a limited edition Toro cigar honoring the man behind the name. The Winston Churchill brand was relaunched in 2014, and has seen unprecedented success in global markets. The brand has two lines "The Original Collection" and "The Late Hour." The Original Collection is a milder and creamier daytime blend while The Late Hour is more robust. The cigars and accessories will be available February 2021 with launch dates depending on country. Read More 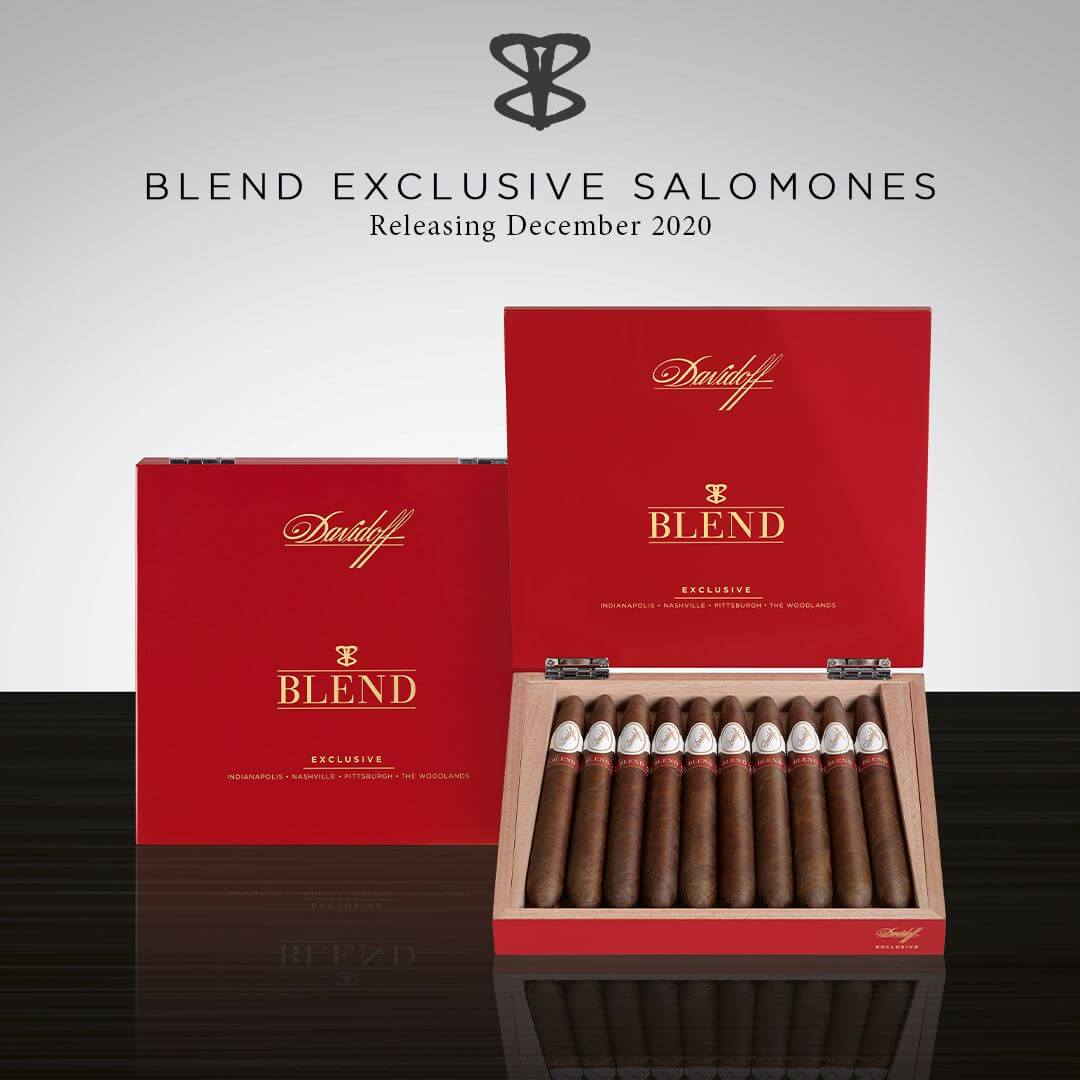 Davidoff Cigars has announced a new cigar exclusive to BLEND Bar, dubbed "BLEND Exclusive Salomones." The cigar measures 8.5 x 57, making it one of the largest Davidoff cigars ever made. It is available only at BLEND locations. The two companies have a five years long partnership going and the cigar is rolled by a select few of the most talented rollers at Davidoff Cigars. The concept of BLEND originated in Indianapolis, IN during 2013 and expanded to Nashville, TN, Pittsburgh, PA and The Woodlands, TX. In October 2015, BLEND announced a strategic partnership with Davidoff of Geneva USA. The partnership is the first and only one of its kind in the United States incorporating the “Davidoff of Geneva – since 1911” look and feel. Patrons of BLEND locations are offered premium cigars, spirits and wines in a social-friendly nightclub environment featuring exquisite design and furnishings and state-of-the-art ventilation systems which exchange lounge air every six minutes. Read More

"The cigar started off well, developed nicely, then finished with a slight harshness that wasn't quite enjoyable. It heated up quite a bit in the final third. Maybe smoking it slower would eliminate this, but I am not 100% sure. All in all a decent smoke. The power behind it as it transitioned through the final two thirds was a bit of a surprise, and may prove too strong for a newer smoker. I was expecting it to stay in the medium range with the sweeter notes from the beginning." -Kevin A. (Kevin A.) Read More
Load More