The history of the Brick House brand goes back to the original clear Havana blend launched by patriarch J.C. Newman made with Cuban tobacco before the Cuban embargo. The name comes from Newman’s childhood home which was the only house made out of bricks in their small, Hungarian village. Residents from all around with gather at that house to eat, drink, smoke and enjoy company, but the Great Depression ended that tradition.

80 years later, J.C. Newman’s grandsons Eric and Bobby Newman brought the brand back to life using Nicaraguan tobacco. The regular blend uses a Havana Subido wrapper and Nicaraguan binder and fillers. The Brick House Maduro uses the same binder and filler but uses a Brazilian Arapiraca wrapper. The maduro versionis described as spicier than the original and full-bodied with sweetness.

“Very attractive dark brown wrapper with some mottling and a little bit of tooth. The seams are mostly invisible, tho quite a few veins are visible. The wrapper has an overall oily sheen. The cigar is pretty firm with just the slightest amount of giving from the foot up to the triple cap.” –Kevin A. (Kevin A.)

“So many aromas coming from this smoke. The ones that really stand out are a dank earthiness, dark roast coffee, and a grilled meat aroma, like a grilled ribeye. These dark Maduro cigars are right up my alley so I’m really anxious to give this a try. ” –Kevin J. (maninblack77)

“First impressions are of black pepper through the nose and very bold earthiness via the draw. At around the one-inch mark, a mineral component joins the pepper on the retrohale.” –Matt Cade (CadeTNCC)

“The cigar starts off with notes of sourdough bread and black licorice, with a little oak on the finish. There is a lot of sourness in the start. The retrohale has a spice to it that reminds me of corn whiskey. Aromatic, with a solid, but not overbearing burn. This is also detectable in the back of the throat, and the retrohale really ignites the palate. Smoke output is pretty heavy, and the superb draw allows you to easily get a mouthful of smoke. The burn is a little wonky but has not required any correction.” –Kevin A. (Kevin A.)

“Construction is fine so far, with a nice draw that’s producing a very dark (almost black) clunky ash. The flavors in the second half remain the same: bold earthiness accompanied by some mineral on the draw and black pepper via the retrohale. ” –Matt Cade (CadeTNCC)

“The flavors continue to come at me in droves as we continue this smoking experience. The earthiness tones down a bit, but the leather and coffee notes abound. Dark chocolate also comes into play. Such a meaty full-bodied beauty. I know I’m raving a little too hard but it really is that good. The retro is strong as well and makes my nose burn. But in a good way. The burn continues to be solid. Only a touchup here and there to fix it. ” –Kevin J. (maninblack77)

“Notes are bouncing around. A slight hint of sugar to oak to black pepper make this an interesting stick.” –Sean F. (fullermaine)

“Getting into the final third of the cigar, the bitter and sour notes fade to the background, with charred wood and espresso.

The burn continues to be wonky, needing another touchup. Getting to the end of the cigar, leather, espresso, and black pepper are the primary notes, with a little of the sourdough bread coming back on the finish.” –Kevin A. (Kevin A.)

“The draw was satisfactory throughout the smoking experience. ” –Matt Cade (CadeTNCC)

“The burn was great until just into the second third and things started to go awry. Two touchups were needed to get the cigar to the finish line” –Kevin A. (Kevin A.)

“Not a stick I’d seek out online or at a retailer. Simple notes from sweet tea, sugar, oak, burnt toast, and black pepper, make it interesting. Hard draw at the end makes it difficult to enjoy this stick fully. ” –Sean F. (fullermaine)

“As my notes stated, this was truly amazing. In my opinion, it is hard to beat a well-blended Maduro. Chock full of flavors and body, this easily gets a 97 from me. Box worthy for sure and worth tracking down. Cigars like these are why I got into cigars in the first place. ” –Kevin J. (maninblack77)

“This is actually an easy cigar, to sum up. If you like full-bodied cigars that burn slow and deliver the straight forward flavors of earth and black pepper, then you will probably enjoy this cigar. If those flavors aren’t your jam and you’re inclined to smoke something with a little nuance or transitions… smoke something else. ” –Matt Cade (CadeTNCC)

“This cigar was interesting for sure. With the dark, rich, almost meaty notes detected in the pre-light draw, I was really surprised by the sourness and bitterness that the smoking experience provided. It would be interesting to pair this with a porter beer or dark rum, with a little bit of sweetness to it to see if it balances out the notes of the cigar. That being said, this was really not in the profile of the types of cigar I enjoy. Strength and body are med/full the whole way through, with the nicotine towards the higher side. I would recommend this cigar for experienced smokers” –Kevin A. (Kevin A.)

“Rough looking cigar yields an incredibly rough flavor profile. I’m sure I’m an outlier with what I experienced here and hopefully, others can offer some positivity. For me, this will not be a repeat.” –Doug S. (Unpossible_1)

Blind Cigar Review: Brick House | Maduro Toro
Summary
"This is actually an easy cigar to sum up. If you like full bodied cigars that burn slow and deliver the straight forward flavors of earth and black pepper, then you will probably enjoy this cigar. If those flavors aren’t your jam and you’re inclined to smoke something with a little nuance or transitions... smoke something else. " -Matt Cade (CadeTNCC)
Appearance
87
Aroma
90
First Third
87
Second Third
87
Final Third
89
Draw
89
Burn
85
Construction
86
Overall Experience
86
87
Fair 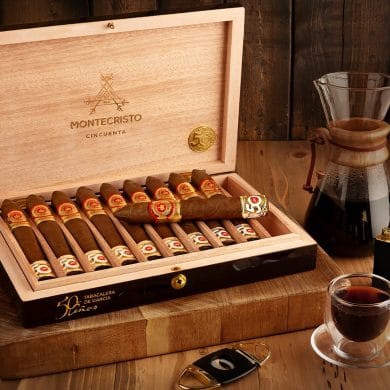