Debonaire Maduro is the second premium blend from Phil Zanghi of Debonaire House. This line was released on 2014 and the blend uses a Connecticut Broadleaf wrapper instead of the Nicaraguan Habano wrapper found on the original. The maduro line uses the same vitolas as the original.

The rest of the blend utilizes a Dominican binder and Dominican and Nicaraguan fillers. As all of Debonaire brands this is rolled at the De Los Reyes factory in the Dominican Republic. 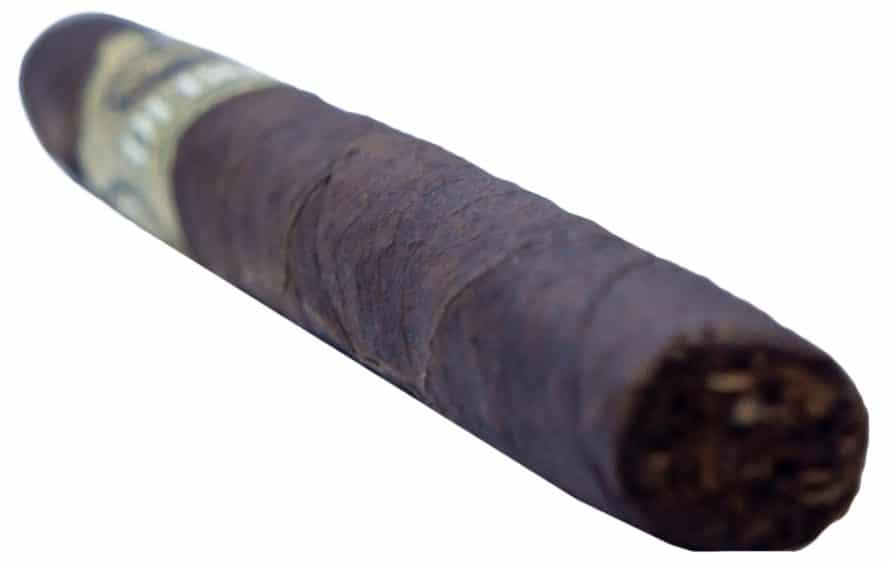 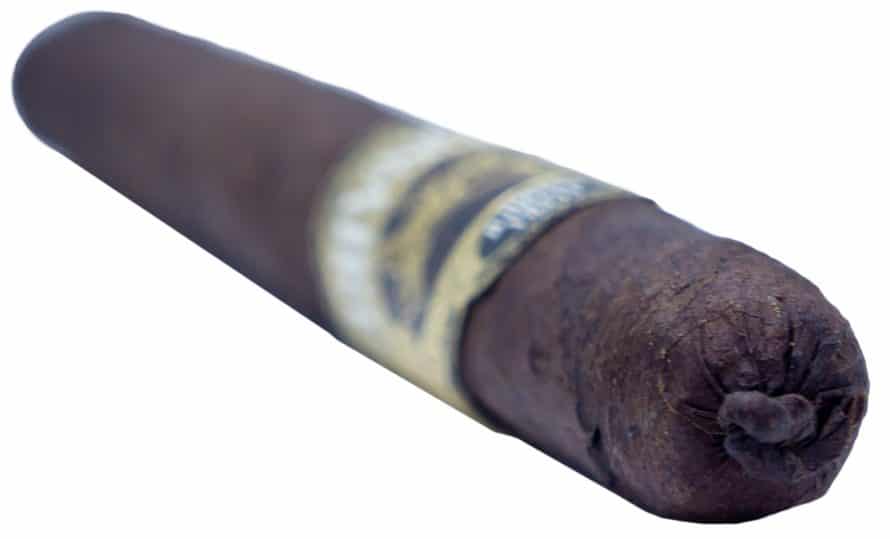 “This is a nice dark looking corona with a little pig tail cap. The foot looks loose so hopefully it will have a smooth draw.” –Eric (smalls29)

“The cigar has a peppery component and some molasses to the cold draw, and the aroma at the foot. I also get a weird flavor that reminds me of Vegemite from the cold draw. Very unique. ” –Matthew T. (A Huge Nerd)

“This cigar is not going to win any beauty contests but it makes up for it in flavor. I’m 90% sure that this is a broadleaf but I’ve been wrong before. The cigar has an initial wave of black pepper than lingers on the lips followed by mineral, cedar, and a subtle sweetness. The smoke output is voluminous but the draw is just slightly tight. ” –Jeff (ExpendableYouth)

“The smoke comes in large volume right off the bat. Plenty of big flavors from this cigar. I get some sweetness, some black pepper, and a little earthiness. I also got some notes that reminded me of charred oak and a dry chalky note. ” –Matthew T. (A Huge Nerd)

“Lots of flavors from this little cigar. Very intense bursts of tobacco with every puff and quite delicious so far. This little guy definitely packs a punch, and was giving off great aromas and flavors sweetness. There is a distinctive cherry oak flavor that dominates.” –Adam B. (Bushboy)

“The second-third of this cigar has really impressed me. There is a light white pepper that coats the tongue and mixes wonderfully with the cedar, mineral, and subtle sweetness notes. The draw is still a bit tight but overall is very manageable and does not affect the actual smoke output. This is a minor complaint but I find myself having to slow down quite a bit to avoid overheating the cherry and making the cigar bitter. I would definitely consider smoking this at a very leisured pace to ensure that the flavors do not suffer. ” –Jeff (ExpendableYouth)

“The strong charred and coffee flavors are remaining constant. The after-taste of strong coffee is still a nice experience and makes you want to have a scotch or cup of good coffee.” –Eric (smalls29)

“I am really enjoying the flavors of this cigar. The broadleaf really comes through with the earthy and peppery flavors. The third finishes out the flavors nicely with a little bit of everything from the previous thirds, earth, bread, and pepper. The smoke production is great.” –Emmett (BMP_Emmett)

“The draw was fine throughout. Plenty of smoke output and good resistance. ” –Matthew T. (A Huge Nerd)

“The burn wavered a bit but overall held up nicely. Only a couples touches.” –Emmett (BMP_Emmett)

“Construction had a few rough spots. However this cigar performed well and burned with no problem. The smaller ring gauge means you can’t let it sit for too long to keep the cherry going. Overall I was impressed.” –Adam B. (Bushboy)

“Overall this was a nice cigar. The flavors of licorice followed by the charred favors add to the wonderful flavors. The nice part was the momentary taste of burnt popcorn. The end did get a little bitter but not to a point that I was done. Overall this is a nice cigar that would pair well with a nice coffee or even a single malt scotch.” –Eric (smalls29)

“I really enjoyed the first two-thirds of the cigar. It had wonderful notes of white pepper, cedar, mineral, and a subtle sweetness that I could never quite put my finger on. The draw throughout the cigar was a bit tight which caused me to smoke this cigar even slower than I normally do and kind of detracted from the overall experience. Overall this was a good cigar worth giving a try for yourself. ” –Jeff (ExpendableYouth)

“I really enjoyed the flavors of this cigar. Everything worked together for a nice earthy harmony. Construction was spot on, definitely recommend.” –Emmett (BMP_Emmett)

“The cigar surprise me a little. The initial inspection had a rough wrapper that I usually associate with a sub par cigar. When all is said and done, I could see myself smoking a lot of these. Great cigar for those times when you’re rushed but want to light one up. If these sticks are priced right, I buy a bundle of them and keep them for the “in-between” times I want to have a puff. ” –Adam B. (Bushboy)

“If only I had stopped before the final third, the cigar would probably have a pretty high score from me. But that final third was really awful and I can’t get past it. The overall score has to suffer because of that last third. I can’t explain why, but something was probably in the cigar that should not have been. Sad ending to what could have been a top performer. ” –Matthew T. (A Huge Nerd)

Blind Cigar Review: Debonaire | Maduro Sagita Petite Lancero
Summary
"The cigar surprise me a little. The initial inspection had a rough wrapper that I usually associate with a sub par cigar. When all is said and done, I could see myself smoking a lot of these. Great cigar for those times when you’re rushed but want to light one up. If these sticks are priced right, I buy a bundle of them and keep them for the "in-between" times I want to have a puff. " -Adam B. (Bushboy)
Appearance
88
Aroma
90
First Third
91
Second Third
88
Final Third
89
Draw
90
Burn
93
Construction
91
Overall Experience
91
90
Very Good