Steve Saka’s Sobremesa originally launched in 2015 with five vitolas: Corona Grande, which measures 5 1/4 inches by 44 ring gauge; Cervantes Fino, 6 1/4 by 46; Robusto Largo, 5 1/4 by 52; El Americano, 6 by 52; and Gran Imperiales, 7 by 54. Each vitola is packaged in boxes of 25. In 2016, at IPCPR, Steve Saka introduced two new sizes to the Sobremesa, both including a slightly stronger tweaked blend, the Short Churchill, and the Elegante en Cedros.

The wrapper for Sobremesa is a rosado Ecuador Habano leaf, while the binder is Matacapan from Mexico. The fillers include four tobaccos that were cultivated from Nicaragua: C-SG seco, which is a Criollo hybrid from Condega, Criollo viso from Pueblo Nuevo, and Criollo ’98 viso along with a hybrid ligero from Estelí. Additionally, the final blend includes broadleaf ligero grown in Lancaster County, Pennsylvania. 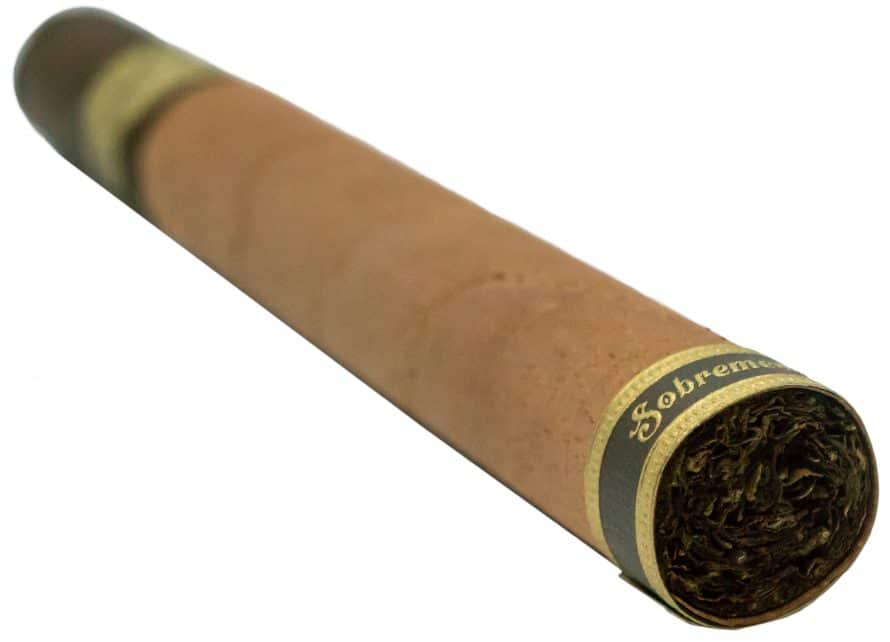 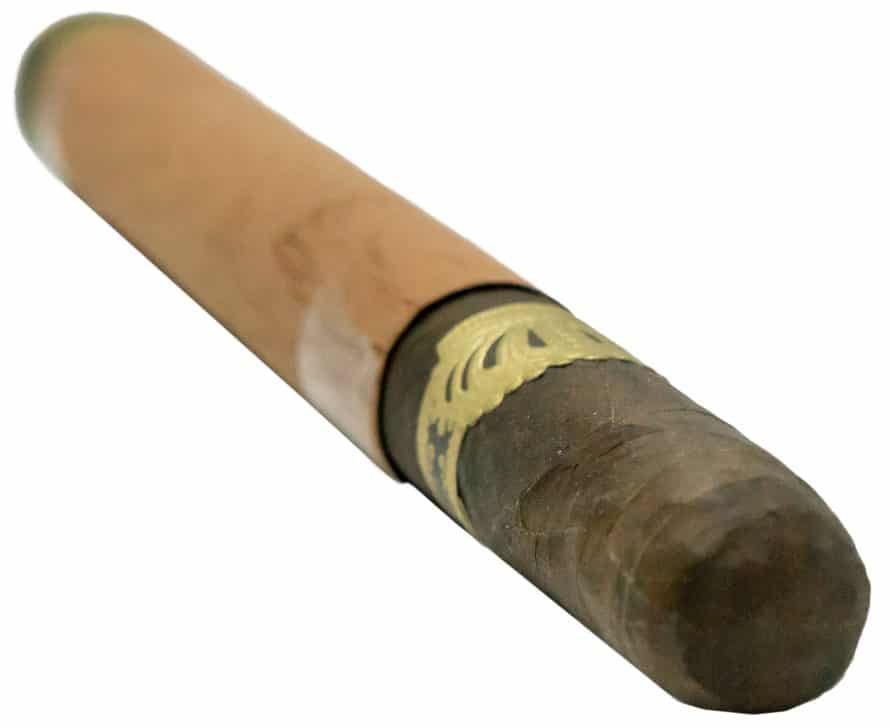 “I like the appearance of this cigar. I’m partial to a Churchill length cigar as far a looks go even though I might not smoke a lot of them. This has a nice deep brown color and is fairly smooth with only a hint of veins showing. The cap is well formed and uniformly rounded. The filler at the foot looks a little loose but it is not concerning. The cigar feels well filled but not hard as a rock. There is a light bounce to the squeeze of the cigar. A muted oil sheen is noted that gives the cigar a soft suede finish.” –Diana (ArmyRN)

“The wrapper doesn’t have a ton of smell but is a bit spicy. The foot is a little musty. Pre-light draw has some spicy, must and wood.” –Emmett (BMP_Emmett)

“The smoke hits right away, but with some unexpected notes. I was expecting to get slammed with pepper based on the tongue feel from the cold draw, but instead I get dark roast coffee and a nice sweet aroma. The smoke is very rich, and the retrohale is sweet with a mild hint of spice. ” –Matthew T. (A Huge Nerd)

“There’s a nice baking spice on the draw, a slight stone sweetness, leather, and white pepper. The retrohale has a sweet cream note and rounds the flavor profile. The smoke output is creamy but could be slightly thicker. ” –Alan (Eulogy)

“The middle of this cigar starts to get a bit more complex. Some notes of cedar and a gentle earthiness join the party. I still have that rich sweetness on the finish and retrohale. The spice is still subdued in the background. ” –Matthew T. (A Huge Nerd)

“Leather takes a slightly more dominate note in the profile; sweet cream, stone fruit sweetness, and white pepper are all still familiar. The smoke output has become slightly thicker and really made the overall experience even more enjoyable. ” –Alan (Eulogy)

“I’m getting a mix of nuts, smoke and mild cocoa at this point. I think this is the plateau of this cigar. Pleasant, smooth and enjoyable but not overly complex. There is a hint of citrus on the retro which adds a little life to the experience. The cocoa has emerged more at the end but the rest of the flavors have mostly dissipated at the point of the finish.” –Diana (ArmyRN)

“This final third everything comes together even better. The burn and draw are perfect and the flavors are great. There are a bit more spices in this third with the addition of some black pepper. ” –Emmett (BMP_Emmett)

“The draw was outstanding the whole way. Plenty of smoke, with little effort. ” –Matthew T. (A Huge Nerd)

“My experience with this cigar makes me want to buy a box. It was flavorful and delicious, and effortless to enjoy. It may not be the most complex cigar, but I don’t think complexity is always required. The cigar is consistent and interesting. Those are descriptors that seem to be lacking as of late, but not in this case. This cigar was a pleasure. ” –Matthew T. (A Huge Nerd)

“All around a great cigar. The flavor profile could have had a bit more of an evolution, but the core flavors were quite enjoyable though out and the retrohale provided a nice change from the standard draw. The creaminess of the smoke could have been a little more consistent as parts of the cigar produced thick creamy clouds but a lot of the time it was a little but thin. Overall a very good cigar that I would definitely smoke again. ” –Alan (Eulogy)

“With draw problems and a flavor profile that didn’t really meet my palette this cigar was good but not something I would seek out without a bit of wariness. If the draw had been good from the start the flavors may have opened up more and produced more and/or variant flavors for me. Not bad; good looking; and pleasant, just not great for me.” –Diana (ArmyRN)

“I really loved this cigar. The flavors, the construction, everything was almost perfect. Highly recommend this. This would go perfect at the end of a day after a bit meal, but won’t wreck your palate.” –Emmett (BMP_Emmett)

Blind Cigar Review: Dunbarton T&T | Sobremesa Elegante en Cedro
Summary
"All around a great cigar. The flavor profile could have had a bit more of an evolution, but the core flavors were quite enjoyable though out and the retrohale provided a nice change from the standard draw. The creaminess of the smoke could have been a little more consistent as parts of the cigar produced thick creamy clouds but a lot of the time it was a little but thin. Overall a very good cigar that I would definitely smoke again. " -Alan (Eulogy)
Appearance
91
Aroma
88
First Third
91
Second Third
93
Final Third
90
Draw
91
Burn
93
Construction
95
Overall Experience
93
92
Great