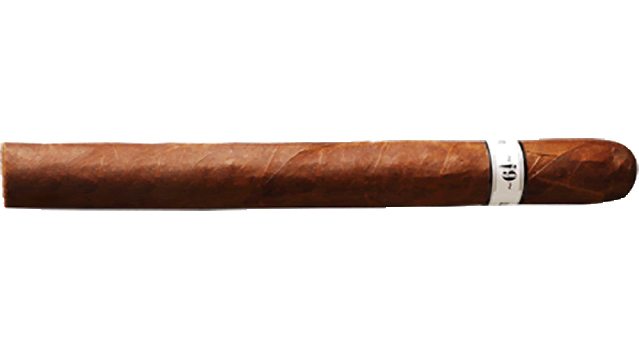 “Upon lighting I was hit with some spice , woody and doughy flavors with a pleasant taste.” –Nicholas (volpow61)

“Creamy smoke, with some black pepper, rich leather and a bit of wood at the start. There’s a pleasant underlying sweetness as well. A fantastic start. At about an inch in, the underlying sweetness is a honey-tinged sweetness, and there’s now a hint of cinnamon and perhaps other baking spices that have picked up as the black pepper has faded. This has become a very smooth, creamy smoke.” –Derek (StogieNinja)

“This cigar started out great, it had a nice creamy, smooth, nutty, with a little pepper flavor. Ash was a wonderful firm marbled gray color.” –Craig (WyldKnyght)

“Leather now dominates the flavor profile and the chocolate has become more bitter-sweet and has become a background trait. The pepper has faded too and the finish has shortened. Still lots of smoke volume but flavors have gotten a bit muddled behind the leather core. As it progresses, it becomes hard to pick out any other distinct flavors. Some toasted wood flavors appear towards the end of the second third. ” –Brian (B-daddy)

“Entering the second third, the cigar remains intoxicating, with flavors of rich leather, wood, graham cracker and that honeyed sweetness with a hint of citrus. The smoke is thick and creamy, and I’m loving every puff.” –Derek (StogieNinja)

“Still getting huge smoke volume in the final third. Toasted wood has now become the primary flavor. It holds on through the finish, becoming a little bitter as it lingers. Retrohale produces leather flavors/scents and a peppery burn (without much of the pepper flavor). The cigar gets progressively more harsh, hot and bitter through the nub.” –Brian (B-daddy)

“The last third was increasingly sour and bitter from the second third. The woody flavor is still there but the bitterness starts making the stick not enjoyable.” –Nicholas (volpow61)

“Absolutely nothing wrong with the draw, consistent from start to finish.”-Craig (WyldKnyght)

“Burn was wonky and flaky in the second third but self corrected. It also needed a touch-up at the beginning of the final third and got uneven again down towards the nub.” –Brian (B-daddy)

“This was a great cigar that just hit the spot. I will definitely be buying more of these.” –Craig (WyldKnyght)

“Again, maybe I’m being a little generous here. I was really excited after my pepper blast, having high expectations for this sample. After I got into the 2nd third, it started going downhill slowly. If the pepper was backed off by about half in the last two thirds, it would have been about perfect. Also, I think being rock hard caused problems with it keeping lit. I think it was so densely packed it had difficulty with air passing through it… ” –Robert (NavyPiper)

“The cigar was very pleasant up to the final third. I enjoyed this one a lot, and would definitely recommend it, provided that the final third was an anomaly. The first two thirds gave great flavors and a creamy, lush smoke. That being said, it’s just a bit overly sweet, and is missing the complexity and richness I find in some of my favorite Cubans.”  –Derek (StogieNinja)