The Joya de Nicaragua Antaño a cigar that has been around a long time, and at one point was considered one of the strongest cigars in the world. Over time, people noticed that with some agee, the full-bodied cigar becomes an experience a bit more refined and mild. Now, Joya de Nicaragua will do the work for you with the Antaño Gran Reserva. The tobacos in this new three-size line contains Nicaraguan tobacco that has been aged for up to five years. The available vitolas are Belicoso (6 x 54), Robusto Grande (5 1/2 x 52), Gran Cónsul (4 3/4 x 60).

“The main alteration that comes with the Antaño Gran Reserva is that we have added fillers that have been aged for up to five years,” said Juan Ignacio Martínez, executive president of Joya de Nicaragua, in a press release. “As a result, we have obtained a more refined and mature version of the Antaño 1970.” This Gran Reserva blend is different than the one released in the early 2000’s. The Antaño Gran Reserva debuted at the 2017 IPCPR Convention & Trade Show.

“This cigar has a nice box-press build to it. The wrapper is a lighter brown with an exceptional wrapper build. No large veins present and smooth transitions to the cap. The cap is a nice looking possible triple cap with a great overall construction.” –Steve (ThaGreatWazoo)

“The aroma was very soft. At the foot, hints of green grass and earth could be detected. The wrapper was very light with notes of hay. The cold draw was a bit peppery and left a subtle amount of spice on the lips.” –Steve (ThaGreatWazoo)

“Initially, the spice was very strong and present. This part of the cigar has a lot of strength to it. I was not expecting the strength based on the overall look of the cigar, but it is there, so smoker beware. The flavor profile is bouncing back and forth between an oaky start, followed by a grass and hay finish. A little pepper comes through in the retrohale, but nothing too overpowering. Towards the end of the first third, the strength begins to settle and the smoke output is abundant.” –Steve (ThaGreatWazoo)

“The beginning of the cigar has some nice flavors and lots of smoke. The flavor profile is mainly mild spices and earthy notes. The retrohale definitely has a black pepper bite that hits the nostrils to wake them up. A bit of sweetness is also part of the flavor profile.” –Matthew T. (A Huge Nerd)

“Somewhere around the start of the second third I’m really noting how cool and slow this cigar is burning. The ash finally plopped into my lap about ten minutes ago in one nice piece. Really easy to pick up and drop in the ashtray. Flavor wise there isn’t much new developing. The overall flavor is becoming somewhat drier and sharper, but it’s still a pepper show. The burn is drifting to one side around the mid-point through what looks like a soft spot. Not affecting the flavor at this point. ” –John I. (John I.)

“Getting that earthiness still with a touch of sweetness coming in. Getting very creamy. Still very little pepper on the retro, I am getting that charred oak.” –Zane G. (Zane)

“The cigar finishes strong after a few problems in the middle. The sweetness kicks up and joins nicely with the coffee notes. It is characterized by bold flavors with some kick on the finish. The retrohale is back to the pepper kick, but that works well with the strength.” –Matthew T. (A Huge Nerd)

“The final third I am getting a dull muted earthiness, some spice, and a nice coffee note. The flavors are all blending together in this final third so it’s a bit hard to pick them out.” –Zane G. (Zane)

“The draw on this cigar is very good with a nice amount of smoke and a lot of flavors coming through.” –Steve (ThaGreatWazoo)

“I’m going with very good, rather than the good that might have been reasonable given the crooked burn past the mid-point. The burn became crooked, but continued to burn crooked in a consistent manner that really didn’t impact the performance, or experience of this cigar.” –John I. (John I.)

“This was a very nice build. The wrapper appeared well cared for and no issues made themselves known. A real treat.” –Steve (ThaGreatWazoo)

“I will start by saying this was a very surprising smoke. The initial appearance and lack of deep rich texture to the cigar had me thinking more of a medium strength smoke. However, once this cigar burned it began to knock me off me feet. The flavors were deep and rich and had great notes to them. The overall strength though will quickly turn a lot of average smokers off. But please, do not let this review give you any misguided judgement, I am all for full strength cigars and this one delivered. Give this a chance on a full stomach with a nice cold beverage. You will not be disappointed and you will be pleasantly surprised.” –Steve (ThaGreatWazoo)

“This was definitely a pleasant cigar, with consistent flavors and plenty of rich smoke. Yes, there was an issue in the middle with the burn, but fortunately it was only an issue for a short time. I would like to try this one again and see what other vitolas might be available.” –Matthew T. (A Huge Nerd)

“I liked this. A lot. I’d be happy to have a humidor packed full of them, and hope they’re priced to allow that. That being said, it’s not extraordinary. It’s not terribly nuanced, or subtle, but it’s really good at being a really nice medium-full, ultra peppery cigar.” –John I. (John I.)

“Throughout this cigar I got some great flavors with a few transitions. Slow smoking cigar for sure. I had to touch up a bit here or there but I could chalk that up to the high humidity in my smoking environment.” –Zane G. (Zane)

“A great stogie in my book, skillfully mixing what one could view as Dominican citrus with darker Nicaraguan cocoa flavors. I wish construction was better, but maybe these just need more resting.” –Stefan (Stefan)

Blind Cigar Review: Joya de Nicaragua | Antaño Gran Reserva Robusto Grande
Summary
"I liked this. A lot. I'd be happy to have a humidor packed full of them, and hope they're priced to allow that. That being said, it's not extraordinary. It's not terribly nuanced, or subtle, but it's really good at being a really nice medium-full, ultra peppery cigar." -John I. (John I.)
Appearance
90
Aroma
89
First Third
91
Second Third
92
Final Third
90
Draw
93
Burn
89
Construction
92
Overall Experience
91
91
Overall Score 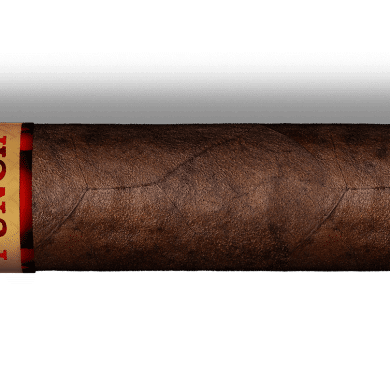