La Aurora introduced the Barrel Aged by Karl Malone at IPCPR in 2018. The cigaris a collaboration between former NBA player Karl Malone and La Aurora Cigars. It was announced in 2019 that Miami Cigar & Company would be distributing.

The blend uses an Ecuadorian wrapper, Brazilian binder, and fillers from Peru, Nicaragua, Brazil, and the Dominican Republic. It comes in four sizes: churchill, robusto, belicoso, and sumo toro that sell between $9 and $12. 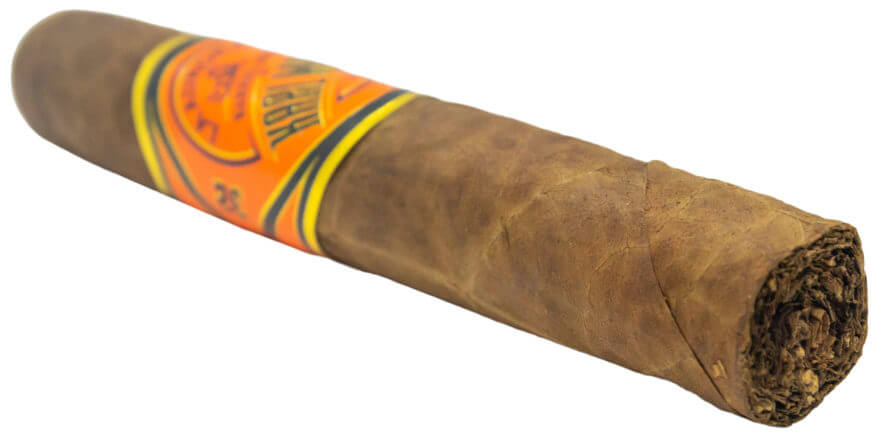 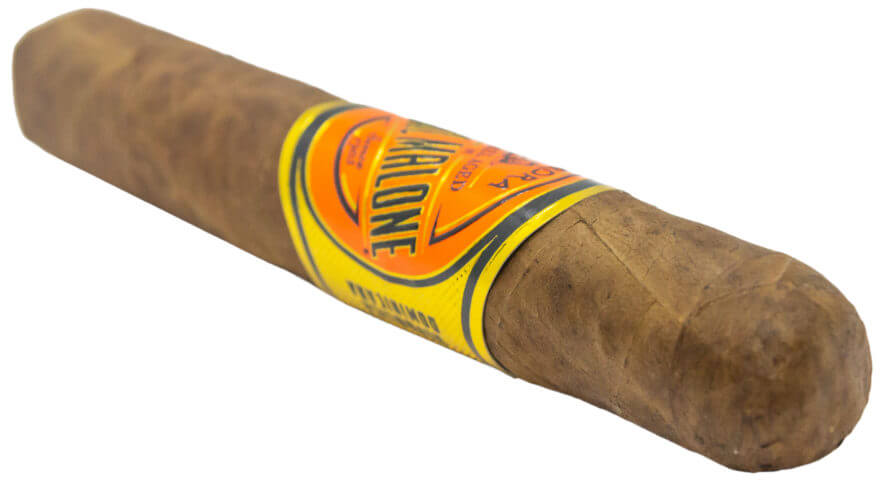 “The wrapper is a nice reddish brown hue. it is smooth with no obvious protrusions of veins. The cap is a little rugged and lopsided but smooth. Foot is densely packed and there is a satin finish to the wrapper that adds a soft appearance.” –Diana (ArmyRN)

Begins with a ton of really bright red pepper, and serious nasal burn on retrohale. Sharp. Twenty minutes in the pepper has completely subsided leaving a core of cedar wood notes. Still very sharp crisp flavors. Burn has been pretty wavy since lighting and the draw is a bit snug.” –John I. (John I.)

“This is a woody cigar right out of the gate. Oak seems to be the predominant note for me but there is an earthiness that is there with a toasty finish that adds to the overall flavor of the cigar. There has been no pepper at all for me and every once in a while a sweetness mixes in but not enough for me to really define it’s flavor.” –Diana (ArmyRN)

“Floral notes begin do dominate early in the mid-portion. Cedar has also transitioned to darker oaky wood flavors mainly on the finish.” –John I. (John I.)

“Interesting transition again from the mid portion to the final third. There has been a sense of spice that begins in the savory range and transitioned gradually to sweeter baking spices. This ultimately culminates in a nice smoky sweet caramel flavor. The finale here is definitely my favorite portion of this cigar. If the whole experience had been similar I’d be in L-O-V-E.” –John I. (John I.)

“This cigar hasn’t varied much but it has settled down even more on the home stretch. Woody and earthy notes remain without

any sweetness apparent. There is a slight mineral note that comes forward and gives a bit of a meaty hint of flavor. This comes just at the right time as without it this might have become a mundane smoke for me at this point.” –Diana (ArmyRN)

“No problems with the draw on this cigar. Using a straight cut the cigar never went out or needed to be warmed. The draw was consistent throughout the entire smoke, never tightening or getting too loose.” –Diana (ArmyRN)

“Truly great construction. No issues at any point of the smoking experience.” –Brian L. (Brian L.)

“This was my first cigar of the day and in lieu of my morning smoke. Although it was more monotone than what my palette prefers, it was a very pleasant and appropriate cigar for a morning stick. The flavors never really amped up the way I wanted them to, but it didn’t disappoint either and I enjoyed the combination of flavors. Limited flavors but a nice mix of notes. I’d definitely keep a few around for that wake me up smoke!” –Diana (ArmyRN)

“While not complex by any means, the flavors in play were enjoyable. Would make a good morning cigar with coffee. Or just a change of pace for stronger cigar smokers like myself. I’d give it a ‘fair.'” –Kevin J. (maninblack77)

“Pretty solid medium bodied cigar. Not fully my cup of tea, but there were aspects of it that I certainly enjoyed. The transitions from the early portion to the mid portion as well as the mid range to the finale were also really elegant. The final portion was really the best part for my taste, and it wasn’t really a chore to get there.” –John I. (John I.)

“Even if this cigar blew up at the end point it still would go down as a great cigar experience. This is a cigar that I would smoke again and again anddddd again.” –Brian L. (Brian L.)

Blind Cigar Review: La Aurora | Barrel Aged by Karl Malone Robusto
Summary
"Pretty solid medium bodied cigar. Not fully my cup of tea, but there were aspects of it that I certainly enjoyed. The transitions from the early portion to the mid portion as well as the mid range to the finale were also really elegant. The final portion was really the best part for my taste, and it wasn't really a chore to get there." -John I. (John I.)
Appearance
90
Aroma
90
First Third
90
Second Third
89
Final Third
89
Draw
91
Burn
92
Construction
91
Overall Experience
89
90
Overall Score - Very Good