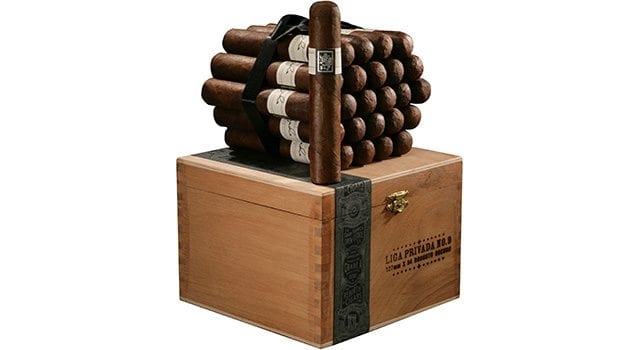 “Liga Privada” translates to “private blend.” The blend was originally create for at the time Drew Estate CEO Steve Saka. It was originally blended for his own personal use, not for sale. They went through several iterations before landing on this blend. Today we are reviewing the Drew Estate | Liga Privada No. 9 Robusto.

The blend uses tobaccos from seven different farms and each wrapper is hand fermented for 18+ months. Only four pairs within the factory are certified to produce the blend. Each pair is allowed to craft only 250 cigars per day. Cigars are aged a full year before offered for sale. 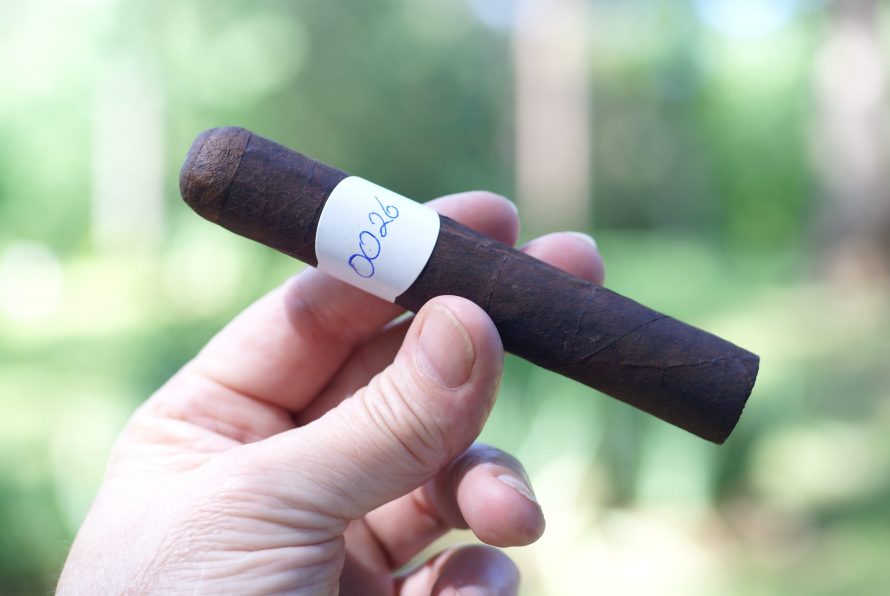 “The aroma complimented the appearance and presented a peppery, spicy aroma.” –Will (Dubv23)

“Very firm and tightly rolled. This looks like it was rolled by someone who knew what they were doing.” –Ron (shuckins)

“This cigar opened just like I predicted from first sight. From the gate the cigar produced rich spice, a lingering charred steak flavor and pepper that stayed on the tongue between puffs. The flavors were not necessarily complex but they certainly were strong and apparent. This opener reminded me of a seasoned steak right off the grill.” –Will (Dubv23)

“The stick is really cranking into high gear now. Big and bold, and exceptionally peppery (to my palate), and very rich. I almost wish I’d have been able to do this in the evening with a dark coffee and a splash of Grappa! Not too much change within the third, but definitely a leap forward in flavor from the last!” –Myles (MylesT)

“I’m definitely a fan of full-bodied complex cigars and this one doesn’t disappoint. The strength has kicked it up a notch and the flavors seem to get even better. At this point, the flavors of paprika, raisin and mace (the spice, not spray) dance on the palate. The retrohale leaves notes of pumpkin and anise-like flavors. The ash has held strong up to this point since it’s initial lighting.” –Milton (mjohnsoniii)

“The pepper is up and down but blends well with the woodsy tasting tobacco. Coffee is still the dominant flavor, but does have hints of leather with it every few puffs.” –Ron (shuckins)

“Powering right along into the final third, this thing is a beast! It’s burning fast, but not harsh at all. And, unlike many of the cigars I smoke, I don’t find it mellowing at the end. This is gonna be a big one all the way through. Nubbed it. Not a moment of harshness to take away from the flavor. It finished up more on the pepper/herbal side of things, very clean overall.” –Myles (MylesT)

“The ash finally fell at the beginning of the last third. The flavors begin to die down a bit. Now, while the sweetness is still there, it’s beginning to taper off into more subtle, everyday flavors. Cilantro comes to mind with every puff along with very slight hints of vanilla extract and maybe some white pepper. This cigar has me wanting more as I’ve reached for my “nub stick” because it’s getting too short to continue with my fingers.” –Milton (mjohnsoniii)

“”I’m getting notes of char, dark chocolate and lots of espresso. This thing is still putting off a ton of smoke. Towards the end, some leather starts creeping in. There were more change in this third than the others.” –Emmett (rhetorik)

“The draw was slightly open, but acceptable.” –Jason (bigslowrock)

“Solid burn. No relights or touch ups. Why can’t they all be like this?” –Jason (bigslowrock)

“For the most part, the burn was razor sharp. “There were a couple of times it began to burn a little wacky but quickly evened itself out.” –Milton (mjohnsoniii)

“This was a really great one! It’s big, but it’s a fast burner, so it’s a great lunch hour smoke. I’d love to have a few more on hand!” –Myles (MylesT)

“I was really enjoying the smoke until the final third. I probably would have ditched it normally.” –Jason (bigslowrock)

“From the initial lighting, this was simply an outstanding cigar that I hated to see end. I would definitely buy a box or bundle of these as I’m sure they’ll only get better over time. It reminded me of some ultra premium brands that surely deserves a place in every humidor out there. Can’t wait to see which one this is.” –Milton (mjohnsoniii)

Overall the experience was only fair. There is more to a cigar than flavor and this is all this cigar had and it wasn’t for the entirety. I felt I spent more time keeping this cigar smokeable with relights and concerns due to the cracks formed upon lighting. When I smoke a cigar outside of reviews it is in order to forget about the stresses of the day and is meant to be a timeless moment. Unfortunately, a cigar like this did not fit that bill. I would however be interested in finding a few more of these and give them another shot because the opening flavors were promising and with the right conditions I feel this cigar could be pretty good.-Will (Dubv23)

The flavors offered were complex, but they didn’t change much. This is a good solid maduro cigar with consistent flavors and solid construction. I see good aging potential in this. Would recommend to anybody. –Emmett (rhetorik)

“A very enjoyable cigar to smoke, although another gear or two would have made it better.” –Ron (shuckins)