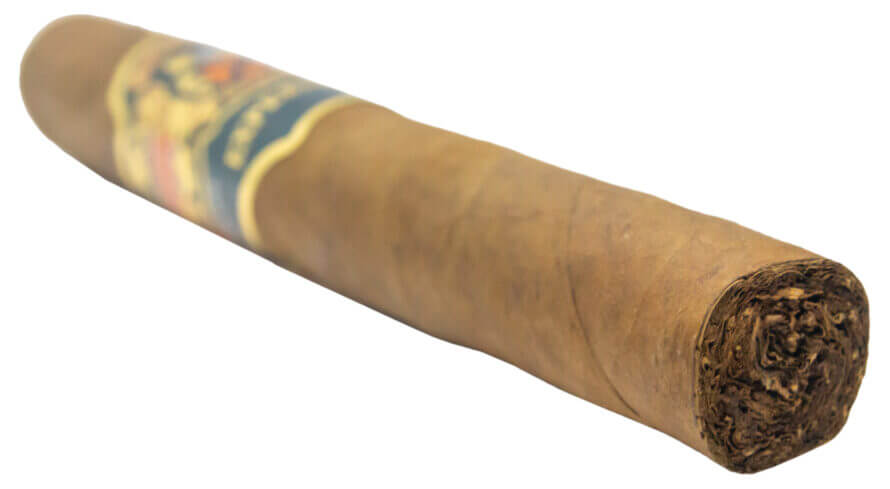 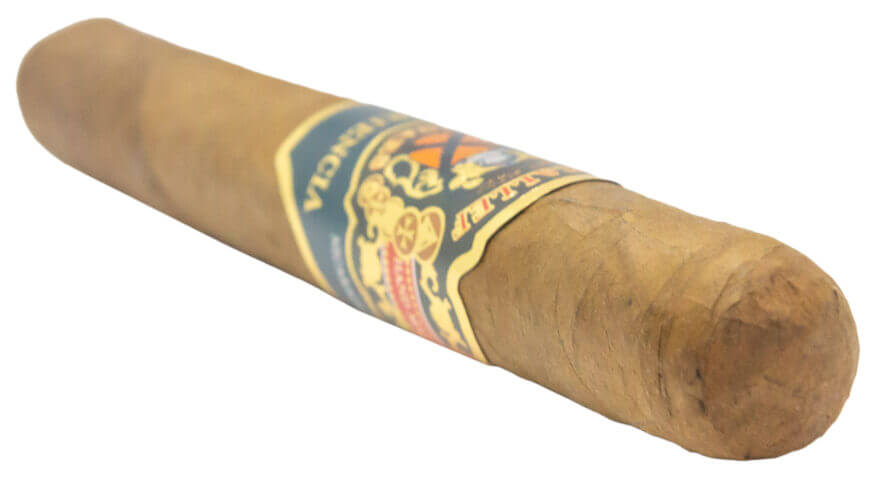 “This cigar is a beauty. Smooth to the touch and caramel in color, this perfectly applied wrapper has visible yet tight seams. It feels great in the hand and begs to be lit.” –Estevan Z. (TheRealBanzi)

“I was walking out on the deck to light this cigar in the middle of tropical storm Cristobal in Ft Walton beach. The aroma of the quick whiff I took was pleasant light cocoa, but escaped me quickly as the winds took it away.” –Randy B. (randobush)

“Started off with a nice kick of cinnamon. After that a hay and cedar appeared. As far as flavor goes that was about it. Not really complex. This was not going to blow you away with a whole bunch of dips and dives in flavors, but the flavors were nicely done.” –Jake P. (Jake P.)

“Wow…so much going on! Vanilla, cinnamon, and cookie dough with a wonderful pepper tingling in the sinuses bring everything into balance. This has been a phenomenal opening to this cigar.” –Estevan Z. (TheRealBanzi)

“2nd Third brings a bit of graham cracker and baking spices, salt, light vanilla with the light cocoa now as well. There’s a savory note on the finish like red eye gravy.” –Randy B. (randobush)

“Again the flavors stayed in that earthiness profile. I did pick up a little salt and minerals toward the end.” –Jake P. (Jake P.)

“This cigar closes much like it started. Attention grabbing from first puff to the last. There was no major changes to the flavor profile over this last third. A finger and lip burner to say the very least. I don’t want to put it down.” –Estevan Z. (TheRealBanzi)

“Wavy at the start, but after about the first inch it was on cruise control. Nearly razor sharp through the last inch of the cigar. Not much I can complain” –Estevan Z. (TheRealBanzi)

“The construction was spot on. Ash held on for what seemed like forever. Perfectly rolled so it burn nice and slow. Which is just the way I like it. Great job” –Estevan Z. (TheRealBanzi)

“I very much enjoyed smoking this cigar. Transitions were delightful and changed from first to final third, each transition was subtle but noticeable. Retro was a delight. This was a dang fine smoke all around.
Each puff had a long finish, lasting until the next draw. I’d def smoke this cigar again.” –Randy B. (randobush)

“a good solid lighter sweet smoke, would be great in the morning or with an iced coffee. Enjoyable, the touchups and uneven burn were mildly irritating, but not horrible.” –Joseph S. (Bearded Bastard)

“This cigar will not keep you guessing with flavors. That is not a bad thing in my opinion. If you are looking for a good mild cigar, I would point you to this. The Earth flavors are very pleasing and will not overwhelm you. Solid all the way to the end.” –Jake P. (Jake P.)

“There are not enough words to say how much I liked this cigar. It was engaging and kept my interest to whole time. I really didn’t want to set it down. In my notes I keep saying there was something so familiar about this cigar so I really can’t wait to find out what it was. It is box worthy and will for sure find it’s way into my daily rotation. Find some, smoke some and enjoy.” –Estevan Z. (TheRealBanzi)

Blind Cigar Review: Micallef | Experiencia La Crema Toro
Summary
"There are not enough words to say how much I liked this cigar. It was engaging and kept my interest to whole time. I really didn't want to set it down. In my notes I keep saying there was something so familiar about this cigar so I really can't wait to find out what it was. It is box worthy and will for sure find it's way into my daily rotation. Find some, smoke some and enjoy." -Estevan Z. (TheRealBanzi)
Appearance
93
Aroma
90
First Third
92
Second Third
89
Final Third
92
Draw
93
Burn
97
Construction
93
Overall Experience
93
92
Great