Pantheon is a brand created exclusively for Famous Smoke by A.J. Fernandez. It comes in three blends Infernos, Imperator, and Solaris.

“Gorgeous, oily dark chocolate brown wrapper that looks like a chocolate brownie. There is a little bit of marbling and virtually no tooth in the wrapper. The seams are tight and invisible, with a few visible large veins running the length of the cigar. The cap seems nicely applied as well. The cigar has just the slightest amount of give from cap to foot, telling it is very well filled but not overly so. ” –Kevin A. (Kevin A.) 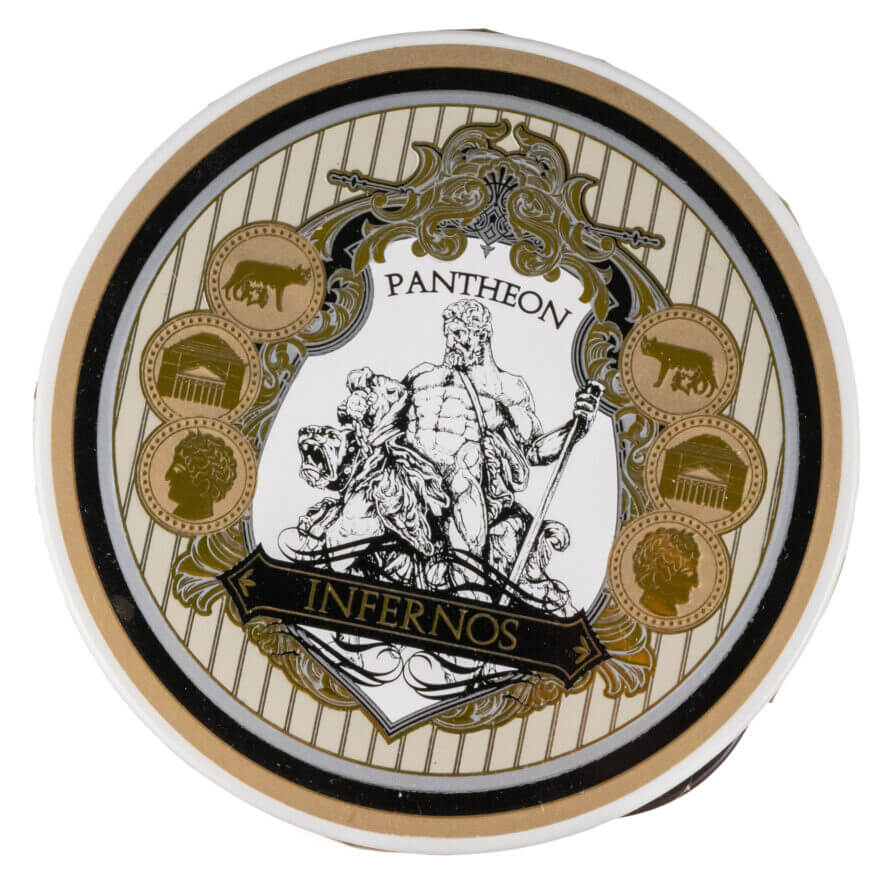 “The cigar gives off a strong aroma of dark chocolate and just a slight sense of sweetness when sniffing the foot of the stogie directly.” –Matt Cade (CadeTNCC) 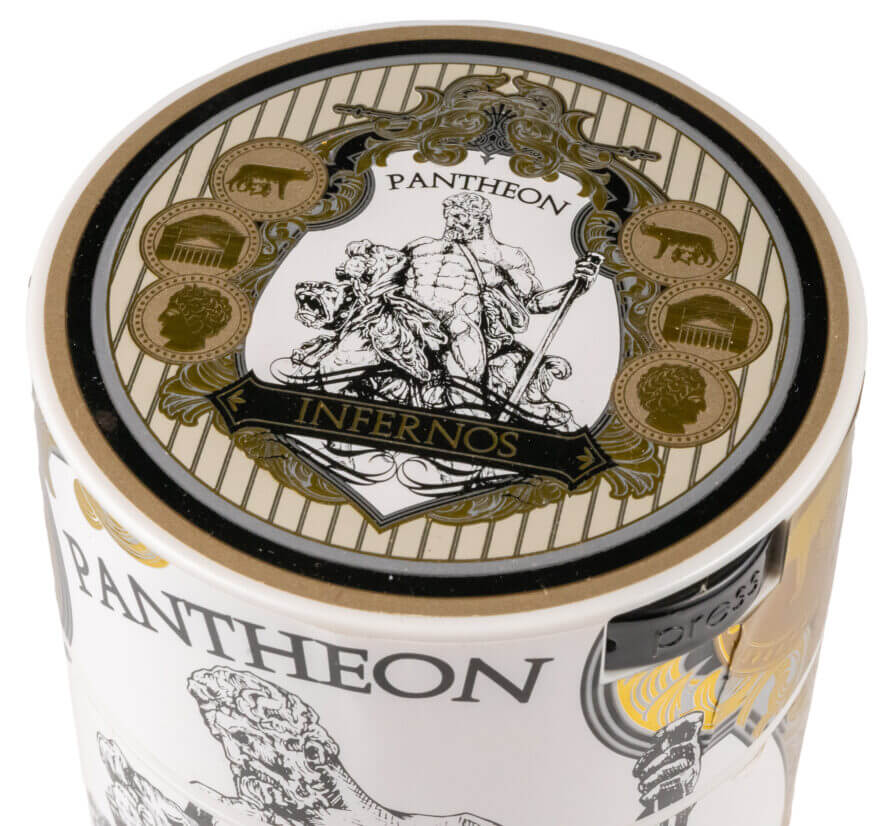 “The first few puffs deliver a bitter vegetal note, combined with bakers chocolate and leather. There is a little bit of natural tobacco on the finish, but it is barely noticeable. The retrohale is very smooth, with just a little bit of pepper burn, and the horseradish that was noticeable in the prelight. It is really warming up the back of the throat and allowing the flavors present to hit full force. The body of the cigar is rapidly accelerating to medium/full, while the strength is still at the upper end of medium. The draw is quite a bit tighter than I would like, creating the need for multiple puffs for a mouthful of smoke, but seems to be opening up as the cigar burns. Smoke output is rather on the light side. ” –Kevin A. (Kevin A.)

“After experiencing a very open cold draw which gave little hints flavor-wise of things to come, I set fire to this sucker and I’m immediately greeted by a weighty tingling spice on the nose which reminded me of wasabi and flavors of oak and earth on the draw. Smoke just pours out of both ends of this thing like bad guacamole at an airport Mexican restaurant. I know it’s a weird analogy, don’t ask. At around the one-inch mark that oak shifts over to the retrohale tempering down the spice a bit and it’s replaced on the draw by a very enjoyable mineral note. The ash drops with a solid thud at the end of the first third.” –Matt Cade (CadeTNCC)

“Heading into the next part, there aren’t any huge transitions in flavor. And that holds true for the duration of the second third. I’m still getting a lot of dark acrid earth and coffee. Almost burnt coffee. Like someone left it on the burner too long. I’m really hoping this tapers off near the end. The burn is really impressive though. Retro continues to burn my nostrils. ” –Kevin J. (maninblack77)

“Not much change, with coffee and the cocoa trailed by some black pepper that leaves a bit of tingle on the finish. Strength has built up a bit more too, so it isn’t trying to lull me to sleep at least. Unfortunately, I get rewarded with a bunch of tar and have to clip my v-cut off.” –Doug S. (Unpossible_1)

“The leather and licorice notes are now coming through. Notes of bread with a hint of black pepper make this an interesting stick.” –Sean F. (fullermaine)

“Cue the spices. Getting into the final third, fresh ground peppercorns ignite the palate. There are also notes of bakers chocolate, charred oak, and earth in the mix. This is a drastic change from the previous parts of the cigar and really bring it to life! What was a somewhat mild manner cigar has become a heavyweight contender. The cherry and cinnamon from the previous third are still there and work extremely well with the pepper and baker’s chocolate. The retrohale has amped up slightly as well and has that fresh ground pepper burn to it. The aromatic heat from the horseradish has faded, and there is also a creaminess that has appeared in the profile to help hold the flavors on the palate. The draw is still on the tight side, and never opened up to what I consider “perfect”. ” –Kevin A. (Kevin A.) 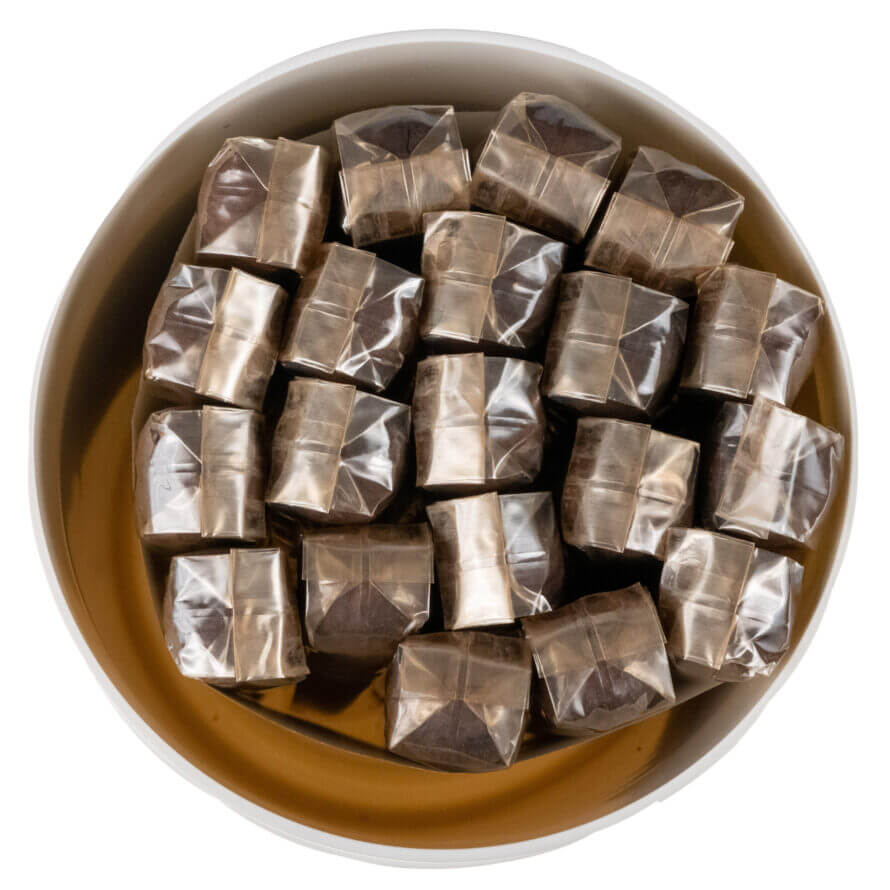 “Even burn from beginning to end.” –Sean F. (fullermaine) 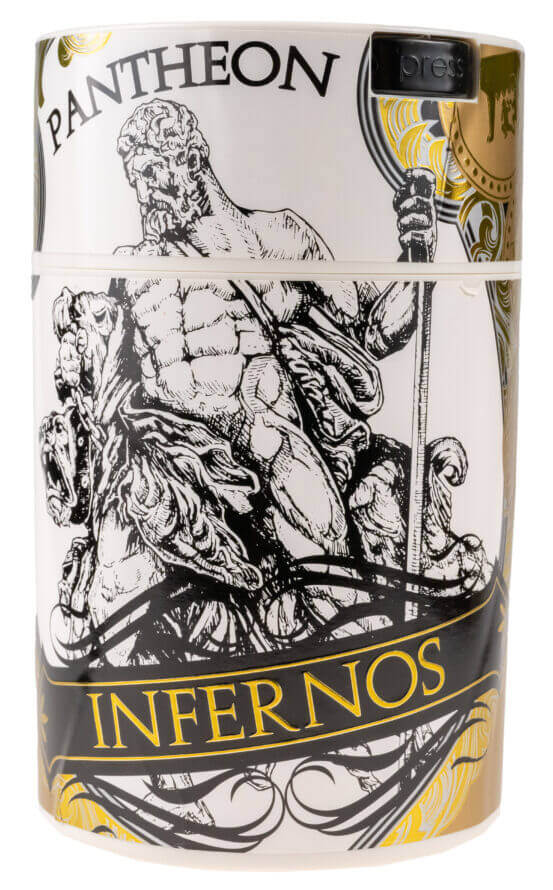 “Overall construction was damn near flawless throughout the smoking experience. ” –Matt Cade (CadeTNCC)

“A very interesting stick. A lot of notes throughout. A hint of sweetness to start that lead to notes of oak, bread, leather, and spices. Beautiful grey-white ash that hangs on for an inch or two. If you like a lot of different notes in a cigar, this one is for you.” –Sean F. (fullermaine)

“If only it had started out as pleasing as it finished, this would have scored much higher for me. The flavors in the first and second thirds were overpowering. Strength took precedence over flavor. The end was very pleasing because the flavors opened up. I’d give this a fair. Some added time in my humidors could help this cigar. Would like to revisit it after a few months or a year. ” –Kevin J. (maninblack77)

“This is a cigar that delivers a great flavor experience from start to finish. The fact that it started off with the aromas detected from the prelight draw led to no surprises early on, and a solid, well-pronounced bakers spice type of profile. Getting into the end of the cigar, the earthy and spicy profile developed, and added a flavor punch that elevated the entire smoking experience. While it’s size might be intimidating to some, this is a cigar that must be experienced. That being said, with the kick in power at the end, this is a cigar best suited to experienced smokers to fully appreciate what the cigar has to deliver. It would pair well with a highland scotch or higher proof bourbon. I am looking forward to enjoying this one again.” –Kevin A. (Kevin A.)

“Whoever blended this cigar and the torcedors who rolled it certainly knew what the hell they were doing. This cigar provides a wonderful smoking experience full of distinct flavors and nice, sometimes unexpected, transitions. I would smoke it again in a heartbeat.” –Matt Cade (CadeTNCC)

“This was a cigar that I would recommend smoking after a good meal. It offers some consistent flavors, without much change, so you won’t miss out on much if you’re hanging out with some fellow brothers or sisters at a lounge. I enjoyed the profile, albeit the notes weren’t extremely potent though. So keep that in mind as well.” –Doug S. (Unpossible_1)

Blind Cigar Review: Pantheon | Infernos Churchill
Summary
"This was a cigar that I would recommend smoking after a good meal. It offers some consistent flavors, without much change, so you won't miss out on much if you're hanging out with some fellow brothers or sisters at a lounge. I enjoyed the profile, albeit the notes weren't extremely potent though. So keep that in mind as well. " -Doug S. (Unpossible_1)
Appearance
95
Aroma
90
First Third
89
Second Third
89
Final Third
93
Draw
90
Burn
90
Construction
94
Overall Experience
90
91
Very Good