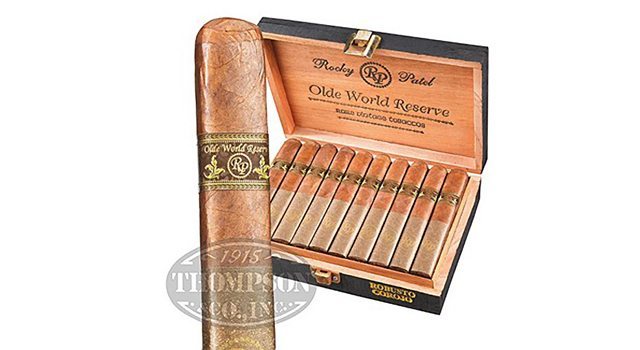 “The cigar showed a nice non aggressive box press that was wrapped in a clean, medium brown wrapper. The wrapper did look fragile and showed some signs of wear and minor imperfections. Small veins and clean lines added to the look. There was a double cap to top it off. While not the neatest, it was not poorly applied.” –Will (Dubv23)

“As I approached the foot of the cigar, it gave off an earthy, sweet, hay aroma with a hint of spice tingling up my nose.” –Cindy (Ms_CindyLynn)

“Uniformly packed, with no discernible hard spots. A uniform slight give throughout the length of the cigar.” –Derek (StogieNinja)

“After a straight cut, the cold draw gave a light non-chocolate like sweetness, almost like molasses with an earthy note. The first couple puffs had earth flavors with mild pepper. The pepper lowered as hay and woody flavors came into play.” –Cindy (Ms_CindyLynn)

“Smooth from the start, with copious smoke. Rich flavors of tobacco, coffee beans and an earthiness about it, like dry, tilled soil. At about an inch, there’s some cedar and spices which are very nice. Another half inch, and some black pepper and milk chocolate appear, and the coffee beans have transitioned to a mild coffee. Solid medium in flavor, mild-medium in body.” –Derek (StogieNinja)

“Pepper retreated and left a combination of spices including a touch of cinnamon. Leather and wood were still the main players with a very small hint of cocoa in the background.” –Will (Dubv23)

“In this third, the flavors flipped- the now dominant flavor is more wood than leather, and has some strong tobacco with it. The mild sweetness still comes and goes. Getting an acrid bite on the finish and produces lots of smoke.” –Robert (NavyPiper)

“The bitterness weighed out a bit throughout, as a hint of sweet molasses like flavor came upon my palate. The woody flavors became stronger at this point which gave off the oak flavors that I was expecting. The hay flavors were vaguely there throughout the last third. I adjusted the burn line at some point during the last third.” –Cindy (Ms_CindyLynn)

“Spices were overpowered by a burnt oak profile that pretty much dominated the final third. A bitterness started to come forth but never forced its way to an unpleasant level. Balance was lost in the final third but flavor was still palatable.” –Will (Dubv23)

“The draw was perfect. Not too loose, while not being too tight where you couldn’t get smoke out of it. Plenty of smoke came from this cigar.” –Cindy (Ms_CindyLynn)

“The only downside to the cigar would be the burn. It was wonky from the start. Touched it up a number of times to no avail… ” –Robert (NavyPiper)

“Overall, this was a great smoke. This would definitely be something that I would smoke as a morning cigar. Medium in body and strength. There wasn’t much complexity to the cigar, but it smoked well.” –Cindy (Ms_CindyLynn)

“Flavors were unique and delivered a great smoking experience. Depth was lacking as the cigar seems to build on a burnt wood profile as the cigar progressed. If the cigar would have stayed more like the first third it would have scored higher. I would be very interested to find out what this was. I may not hunt it down but it tasted familiar so I may revisit for fun.” –Will (Dubv23)

“Overall, I enjoyed the cigar. The burn was a pain, but the flavors, the draw, appearance, etc were nice and pleasing. I wouldn’t mind having a few more, even though the ring size is a little bigger than I prefer.” –Robert (NavyPiper)

“Aside from the slight harshness and the apparent wetness of the cigar, overall, it was a delightful experience. Great flavors from a very beautiful stick. I’d be very interested to try this one again after a little more downtime in my humidor.” –Derek (StogieNinja)