While 2020 was the first year since 2008 that Tatuaje didn’t release a Monster Series cigar, it had a cigar that was closely related: The Karloff. In 2008 Pete Johnson said that he was going to create a series to go along with the Monster Series called the Actors Series that would honor the actors playing the roles in the Monster series.

The first in the Monster Series was The Frank (aka Frankenstein’s Monster) the first in the Actors series would be the Boris, named after. There was a trademark issue with Corona Cigar Co. and they ended up agreeing to call it the Little Boris. Now the next iteration is The Karloff, a 6 5/8 x 49 grand corona. The blend is similar on paper to the Boris using an Ecuadorian Sumatra wrapper with Nicaraguan double binder and filler. Pete Johnson did say that the blend had been tweaked from the Borus to be fuller. 4,000 dress boxes of the Karloff were released and each had 13 cigars that sold for $13.

“This nicely rolled cigar sports a medium brown wrapper. There are some areas of uneven color near the foot but overall it is a rather nice cigar to look at. Running your finger over the wrapper you find some lumpy spots and a very fine tooth. The seams are nearly invisible and it has some raised veins that run the length of the cigar. There is a closed foot and is finished with a double cap. ” –Estevan Z. (TheRealBanzi) 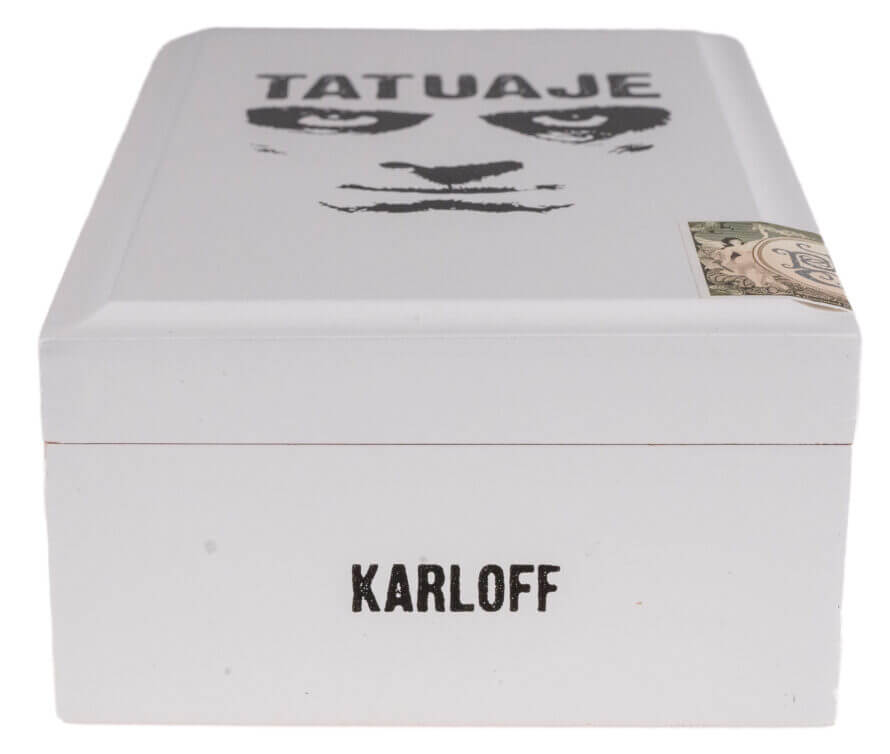 “The aroma on this sample is an intoxicating mix of sweetness and spices. This is what I really love a cigar to smell like. I need this in air freshener form for my car!” –Jason H. (Jokey Smurf) 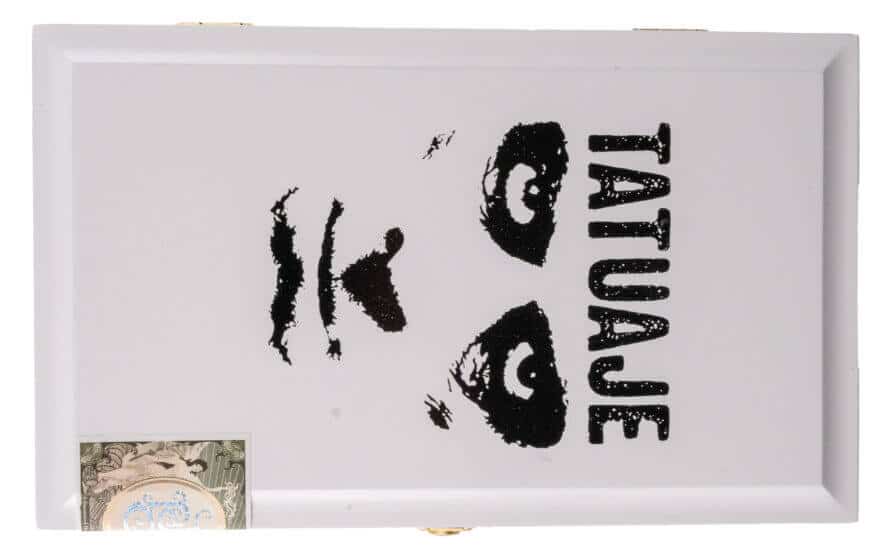 “Normally I would toast the cigar and then take some draws on it to get it going, but with the close foot, it draws through it right away and is rewarded with an awesome toasted oak, honey, and anise. This brings to mind a nice aged Rye whiskey. After about an inch, or so, it levels out and adds a bright citrus note. All of this is very pleasant. Pushing some smoke through your nose and there is a blast of pepper and a wonderful lemon zest finish. As you smoke on there is a bunch going on. Bread, evergreen mint, and floral notes that last the whole third. Wow…” –Estevan Z. (TheRealBanzi)

“The initial puffs were slightly tight but opened up nicely as the closed foot burned away. The first flavors for me are spicy white pepper and lightly charred oak. Through the nose, the spice burn is more along the lines of cayenne pepper but just slightly so and very pleasant. ” –Jason H. (Jokey Smurf)

“Smoking into the second third and there is a blast of vanilla wafer and anise. This lasts the whole third. Smoking through the third there is a bunch of notes that ebb and flow. Cherries, anise, lemon zest, and mint. As the third comes to a close it makes me want a Rye Manhattan. Wow wow wow…it just keeps getting better. ” –Estevan Z. (TheRealBanzi)

“Fruit stayed into the second third and moved to an earthy mineral flavor a stayed there for most of the cigar.” –Jake P. (Jake P.)

“The final third brought on a complete change in the cigar with flavors of leather being the most prominent, along with

bread, kitchen spices, and oak. It was the first time I was able to actually identify the wood flavor that had been present since lighting the cigar. ” –Isaac M. (The Nothing)

“Entering the final third of this cigar I’m starting to pick up different characteristics of the tobacco including a leathery tangy and a deepening of the charred oak. The pepper has transitioned into coarse ground black pepper and leaves my tongue tingling slightly after each puff. Through the nose, the smoke has become much sharper and as a result, I’m choosing to retrohale less frequently. ” –Jason H. (Jokey Smurf) 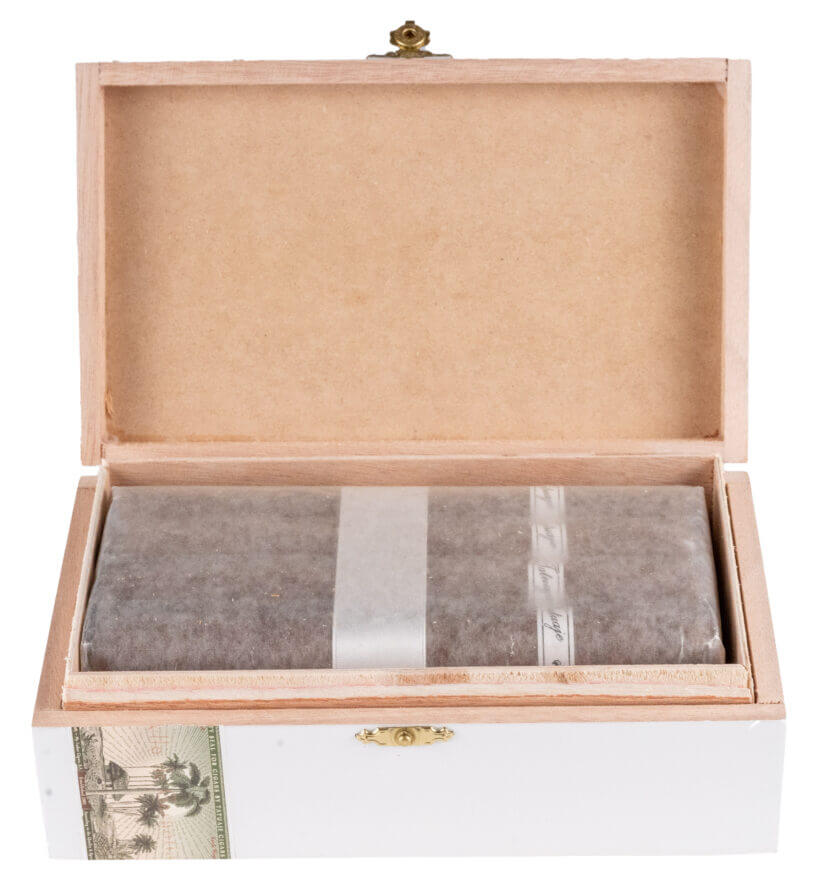 “This sample started with a slightly tight draw but quickly opened as the closed foot burned away. After opening, the draw was really quite excellent and provided me with copious clouds of flavorful smoke. ” –Jason H. (Jokey Smurf)

“Solid burn from start to finish, no complaints. Ash fell pretty much every inch maybe a little more. ” –Isaac M. (The Nothing) 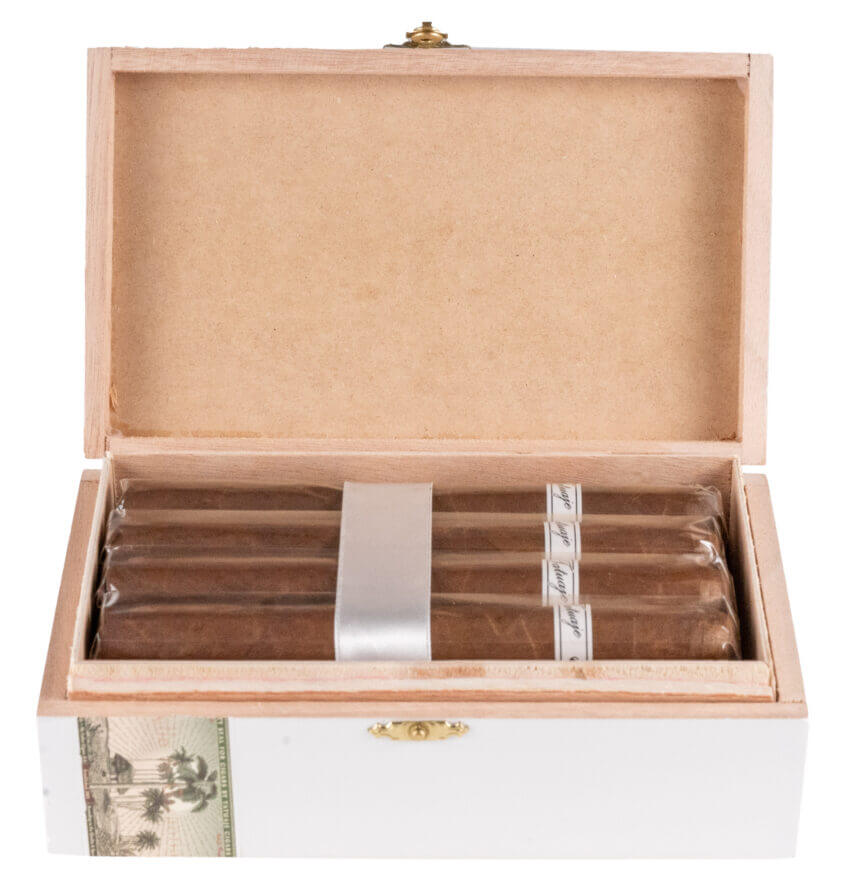 “Perfectly rolled! No soft spots can be found which allowed the cigar to perform nicely. It had a fine ash, which was salt and pepper in color. It held on for over an inch at a time. ” –Estevan Z. (TheRealBanzi)

“Smoking this cigar made me pine for a great aged rye whiskey. I feel like it would pair perfectly with this cigar. I would smoke this cigar over and over again. It is the best way to kill two hours in this current COVID environment. Find a box of these cigars and your favorite rye whiskey to enjoy! I know I will…” –Estevan Z. (TheRealBanzi)

“This was a very enjoyable cigar based upon flavor and performance. My only complaint is the flavors becoming somewhat muted during the middle portion. I would highly recommend this to any smoker who enjoys bold flavors and has a bit of time to dedicate to the experience. I’d love to pick up a five-pack of these for future enjoyment.” –Jason H. (Jokey Smurf)

“For the 100 minutes this cigar smoked, a majority of it all seems to be the same. It wasn’t till the end that things really changed and, in my opinion, much for the better. The first two-thirds of the cigar was a fairly monotonous drone. I can actually see a lot of people never getting to the final third and really missing out on a lot of the flavor. For me the first part was ho-hum, I could see myself never trying it again. Then in the final third, the cigar really livened up and I got excited about it. It’s unfortunate that part was short-lived.
“-Isaac M. (The Nothing)

“I thought this was a pretty straight forward cigar. Started off with strong pepper and moved quickly o earth and stayed in those flavors until the end. I loved the hint of cherry to finish the cigar. This was simply a solid smoke that I could see going to when you just wanted to smoke and not think much about flavors changing.” –Jake P. (Jake P.)

Blind Cigar Review: Tatuaje | Karloff
Summary
"This was a very enjoyable cigar based upon flavor and performance. My only complaint is the flavors becoming somewhat muted during the middle portion. I would highly recommend this to any smoker who enjoys bold flavors and has a bit of time to dedicate to the experience. I’d love to pick up a five-pack of these for future enjoyment." -Jason H. (Jokey Smurf
Appearance
88
Aroma
89
First Third
90
Second Third
90
Final Third
92
Draw
93
Burn
93
Construction
92
Overall Experience
90
91
Very Good