Benji Menendez started at his father’s cigar factory in Cuba but was forced to leave when Castro came to power. After that, he started over as a purveyor of fine tobacco and eventually starting making cigars in almost every cigar producing country. “I still think about the cigar factory every day of my life,” says Benji Menendez. The blend uses a Connecticut Ecuadorian wrapper, Dominican binder, and Dominican and Nicaraguan fillers. Both Cuban Cigar Factory blends are made at the MATASA factory in the Dominican Republic and come in the following sizes and price: Robusto: 5″x50, $12.99, Toro: 6″x50, $13.99, Belicoso: 6.25″x52, $14.49 each. All come in 20 count boxes. 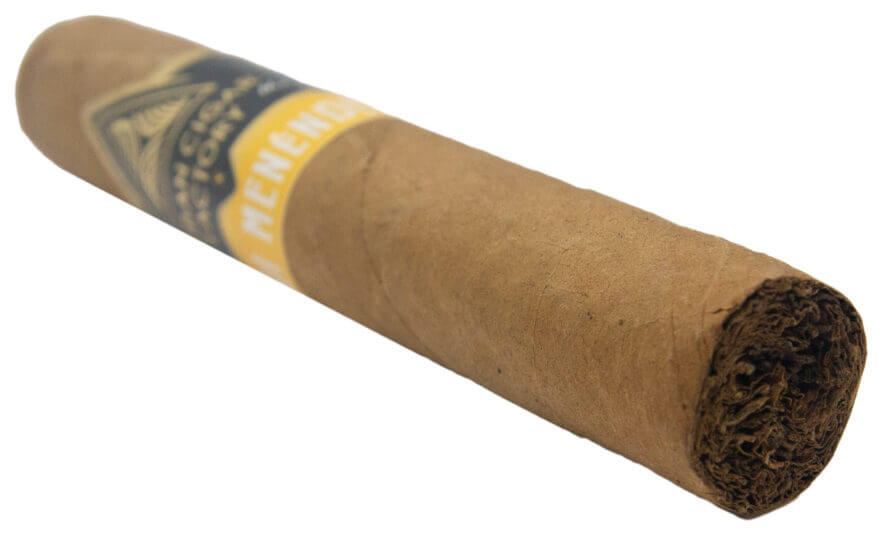 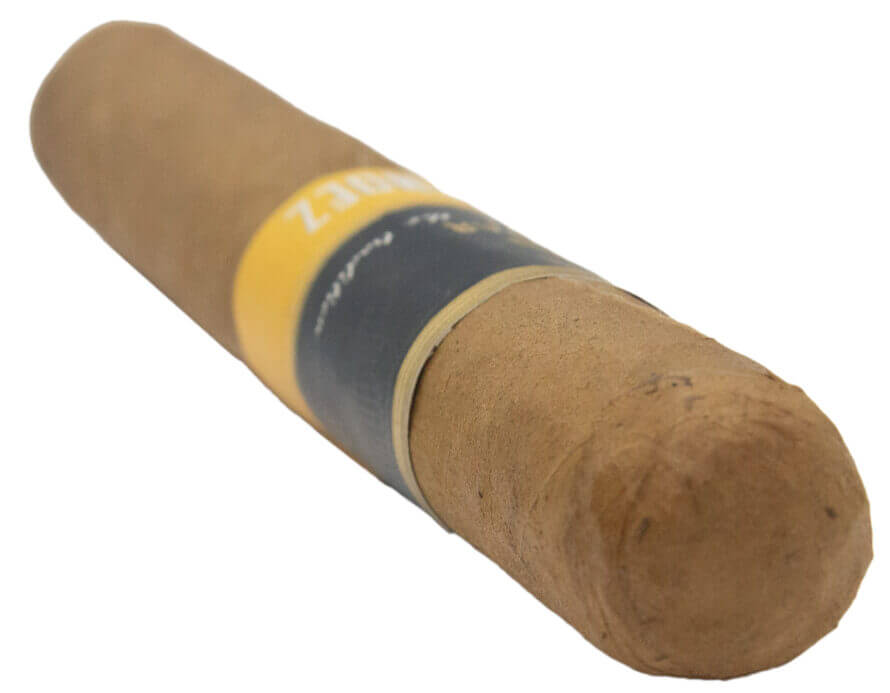 “Attractive caramel brown wrapper, with tight, almost invisible seams. There are quite a few visible bumps and veins in the wrapper, giving the cigar a somewhat rugged look. The cap is very smoothly applied. The cigar is very firm from foot to cap, and there aren’t any apparent soft spots.” –Kevin A. (Kevin A.)

“There’s a nice baking spice, sweet wood, and hay on the foot and pre-light.” –Alan (Eulogy)

“After toasting the foot, which can be tricky with this shade of wrapper because i don’t want to scorch the tobacco, the first few puffs were really enjoyable. Lots of buttery creaminess and salted cashews. But I can tell right off the bat that this cigar is going to give me fits staying lit and burning straight. Numerous relights and burn issues. And this is just the first third. Draw is far too tight. Let’s see if it corrects itself in the second third.” –Kevin J. (maninblack77)

“The first few puffs after lighting have heavy notes of hay and cedar. As the cigar settles in, the intensity of the hay and cedar fades a little and a vegetal note appears. The retrohale has a orange citrus and bakers spice to it, with notes of cinnamon, and nutmeg. Draw is a little on the tight side. The burn of the cigar is fairly straight, with just a slight wobble. but the smoke output is a little on the light and wispy side. ” –Kevin A. (Kevin A.)

“There’s some floral notes now, lavender I believe, and it’s just sort of oddly mixed in with some nuttiness and leather. It’s not bad and there’s only a few cigars that I’ve run into that really have lavender notes to them. ” –Alan (Eulogy)

“The vegetal note starts to become a little more prominent getting into the second third of the cigar, followed up by a sweetness that reminds me of kettle corn. THe retrohale still has the orange citrus and bakers spice notes, now with a hint of white pepper on the finish. Draw is still a little on the tight side, while burn remains good. The smoke output has not increased in intensity and it requires a few puffs to get a good mouth full of smoke. ” –Kevin A. (Kevin A.)

“OK some will think I’m nuts, but I get fried banana as the cigar transitions into the final third. That, combined with the kettle corn provides a sweetness, there is a vegetal note in there still, providing a bitterness, and cedar with a little bit of sourness, causing the flavors to hit over the entire surface of the tongue. The banana notes actually sit on the palate the longest. This has turned into a relatively unique flavor profile and has actually woken up the cigar in the final third. Draw is still just a little tight and I think this is the reason for the light smoke output. Burn has been pretty straight with just the slightest wave to it all the way through to this point. ” –Kevin A. (Kevin A.)

“Increased strength via the nose and a much fuller coffee note experienced through the draw is the tale of the final third. All the previous cedar and leather notes have nearly disappeared at this point. Construction has been fantastic throughout with a strong hefty ash, straight burn line, and smooth draw.” –Matt Cade (CadeTNCC)

“Draw was tight start to finish and I personally think this was the reason for the low smoke output and the need for multiple puffs at a time to get the full appreciation of the flavors this cigar offers” –Kevin A. (Kevin A.)

“Even with the minor touch up to start, an uneven burn corrected itself the further along I went. ” –Sean F. (fullermaine)

“Although the cigar had a rugged appearance and tight draw, the flavor profiles made up for it meaning this was rolled with high quality premium tobacco. The needed extra puffs were not that big of a detractor, and the cigar never got overly hot. ” –Kevin A. (Kevin A.)

“A lot of subtle notes in this cigar. These notes balanced out the cigar for great pleasure. A nice tri-colored ash that clings to this stick for two inches or better. A re-light towards the end doesn’t change the notes of this stick. Grab a few and enjoy!” –Sean F. (fullermaine)

“It’s sort of hard for me to figure out how much I like this cigar. The profile is kind of weird for me. The lavender forward profile is certainly different but the mechanics are good. This isn’t something that I would run out and buy a box of but I would keep one or two for when I wanted something unique. ” –Alan (Eulogy)

“The final third of this cigar really upped the enjoyment factor. It took it from good to very good in my opinion. I have always been a fan of cigars with many transitions, and this one did not let me down and threw in a completely unexpected and unique flavor, that made the cigar a true star. The strength and body stayed right in the medium range and can be enjoyed by anyone. The flavors would go well with morning coffee as well as a lighter bodied beer that won’t overrun it. I am really looking forward to finding out what this cigar is and recommend you try it when the secret is out! ” –Kevin A. (Kevin A.)

“This is an odd cigar. And in the end, odd is okay. Flavors I’m used to experiencing on the draw I experienced via the retrohale and vice versa. But around the midway point everything found a way to come together and it started smoking like a more traditional cigar in many ways. Like I said, it’s an oddity for sure but not an unpleasant one when it’s all said and done. Would I smoke another one? Probably not but I’m not regretting that I did tonight.” –Matt Cade (CadeTNCC)

“This is one of the first cigars I’ve had that was nearly un-smokeable. The draw was tight, burn was off the whole time, and thus the flavors never really shined. I’d give this a 75 and that is being generous in my book. I hope it was only a fluke.” –Kevin J. (maninblack77)

Blind Cigar Review: Ventura | Cuban Cigar Factory Benji Menendez Robusto
Summary
"The final third of this cigar really upped the enjoyment factor. It took it from good to very good in my opinion. I have always been a fan of cigars with many transitions, and this one did not let me down and threw in a completely unexpected and unique flavor, that made the cigar a true star. The strength and body stayed right in the medium range and can be enjoyed by anyone. The flavors would go well with morning coffee as well as a lighter bodied beer that won't overrun it. I am really looking forward to finding out what this cigar is and recommend you try it when the secret is out! " -Kevin A. (Kevin A.)
Appearance
93
Aroma
93
First Third
89
Second Third
89
Final Third
90
Draw
92
Burn
91
Construction
94
Overall Experience
91
91
Very Good