"The creamy sweet milk chocolate notes that slowly evolved into a more bitter dark chocolate by the end along with the classic leather and earth background notes made a very old-school quality Maduro. There was some great complexity and interest with the nuttiness, molasses, baking spices, and hint of cinnamon that upped this blend to another level. I'd be interested to try this in a larger size to see if more time allowed for even more transitions." -Lauren S.
Read More
93%
Great
AllBlind Cigar ReviewsFeaturedHondurasMatt BoothRobustoRoom101Sumatra
·July 27, 2022

"'Finger licking good.' Those were the only words in my mind when this cigar was burning my fingertips in the end. The flavors were great, and the transitions were cohesive. I'd love to try this cigar in a larger format because I couldn't get enough of this cigar." -Isaac M. (The Nothing)
Read More
AllMatt BoothNews
·July 18, 2022

The recently appointed Forged Cigars Creative director Matt Booth has teamed up with STG's Justin Andrews to refresh the Los Statos Deluxe brand. The new blend is being rolled at STG’s HATSA factory in Danlí, Honduras, and was shown off in the Room101 booth at PCA last week.
Read More
Matt BoothNewsRoom101
·June 2, 2022

"I was very surprised by this stick. After the light aromas on the prelight, the cigar was full of great flavors. It was very cubanesque from the look and vitola to the flavor. I would love to smoke this in the morning with a cup of coffee. The stick had a couple of faults but was easy to overlook because the flavor was so good. I even nubbed this thing all the way down." -Matt (Mattehh)
Read More
89%
Good
AllBlind Cigar ReviewsConnecticutFeaturedHondurasMatt BoothRobusto
·October 26, 2022

"From the time I took it out of the bag and held it to my nose to the time I put it to rest in my ashtray, this cigar made a lasting impression on me. All around this was an effortless and undeniably pleasant smoke. With a near-perfect burn and draw, I didn't have to work to smoke this cigar which always heightens the experience for me. Although lighter with regards to body and complexity, the flavor was certainly not lacking and the transitions were smooth and made sense. I typically reach into my humidor for a stronger cigar but would not hesitate to start my day with this cigar accompanied by a solid cup of coffee. I would also recommend this stick to any beginner with a developing palate who is looking to broaden their horizons and start venturing into slightly more complex and flavorful smokes. I can't wait for the reveal as I would love to explore this cigar again!" -Noah S. (Noah)
Read More
AllHondurasMatt BoothNews
·July 19, 2022

Matt Booth and General Cigar have brought new life to the Sancho Panza brand by way of a complete rebrand and reblend. All three blends in the line get the same treatment and will ship this week. They were also shown off in the Room101 booth at the PCA trade show last week.
Read More
AllFeaturedMatt BoothNewsRoom101
·June 14, 2022

Scandinavian Tobacco Group (STG), the parents company behind General Cigar, The Forged Cigar Company, and Cigars International, has announced today that they have acquired the Room101 cigar brand from Matt Booth and has will be bringing him on as creative director. The acquisition only includes Room101 cigars and accessories not any of Matt Booth’s other Room101 entities such as the jewelry business.
Read More
88%
Good
A.J. FernandezAJ FernandezAllBlind Cigar ReviewsCaldwellConnecticutDouble RobustoFeaturedJohn A.John I.Matt BoothMickey T.NaturalNicaraguaRobert CaldwellRoom101Ryan H.
·February 18, 2019

"I enjoyed this cigar, it was mild enough to be enjoyed as your 1st cigar of the day with some coffee. There were enough transitions to hold my attention with cream, cedar and some cinnamon. " -Mickey T. (irratebass)
Read More 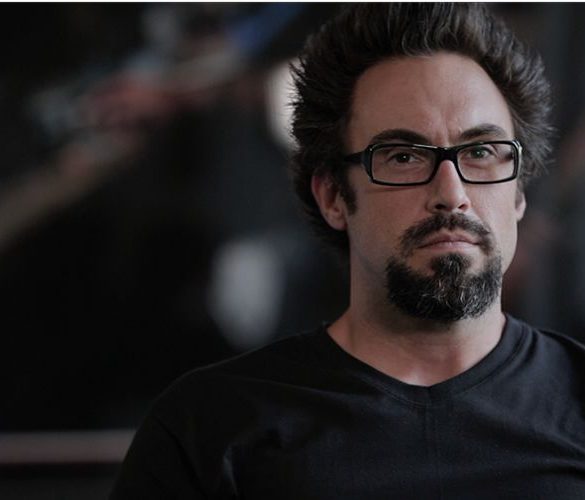 In an industry farewell of sorts, Matt Booth, owner of the Room101 series of cigar brands, told Cigar Aficionado that he's leaving the cigar business, severing ties with Davidoff of Geneva, the Swiss cigar corporation that distributed his cigar lines for nearly eight years. Now, the brands are in his hands and he's not quite sure what's going to happen next. One thing Booth is sure of is that he's taking a hiatus from the cigar industry to focus more on his jewelry business (also called Room101). As of now, he says he doesn't know if—or when—he'll return to the world of cigars.
Read More
Load More