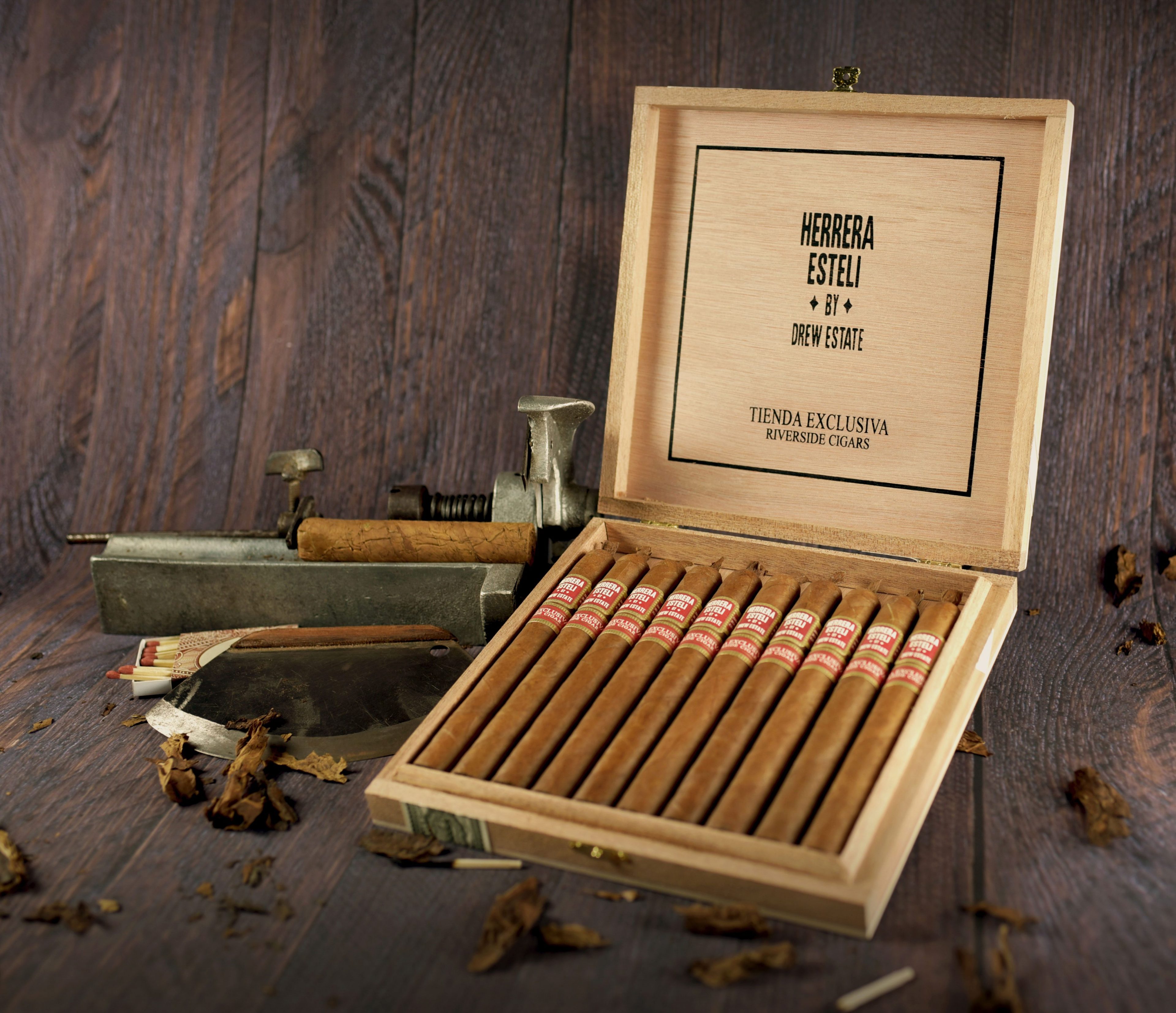 Miami, FL – Drew Estate announced today the release of the second “Tienda Exclusiva by Willy Herrera” blend, a concept cigar by Master Blender Willy Herrera. Made at La Gran Fabrica Drew Estate, this release is a small batch, specially crafted cigar produced for Riverside Cigars in Jeffersonville, IN. Riverside Cigars will begin selling this “Tienda Exclusiva” cigar at a release event scheduled for July 11th, 2015, during which Willy Herrera will be in attendance to discuss the unique blend.

The blend features an Ecuadorian Habano wrapper and binder, and Nicaraguan fillers. The cigar is presented in a 6 3/8 x 46 corona larga vitola, and will be packaged in 10ct boxes. The cigar is a limited edition release with a limited number of boxes being produced. The new release will sell for $13.50 per cigar, plus applicable state taxes.

When asked about the new blend, Willy Herrera responded from Estelí, Nicaragua: “I’m very excited about the second “Tienda Exclusiva” release. I spoke with Jeff, the owner of Riverside, to get a feel for his customer’s smoking profiles. I’m really happy with the outcome of this cigar. This blend is a medium-bodied, full-flavored spicy stick!”

Founded in New York City in 1996, Drew Estate has become one of the fastest growing tobacco companies in the world. Under their mantra “The Rebirth of Cigars”TM, Drew Estate has led The “Boutique Cigar” movement by innovating new elements to the tobacco industry with their unique tobaccos and blending styles that have attracted new and traditional cigar enthusiasts. In their Gran Fabrica Drew
Estate, the Nicaraguan headquarters, Drew Estate produces a variety of brands such as ACID, Herrera Estelí, Herrera Estelí Norteño, Kentucky Fired Cured, Liga Privada, MUWAT, Natural by Drew Estate, Nica Rustica, Nirvana, Tabak Especial, UnderCrown, and Java by Drew Estate.