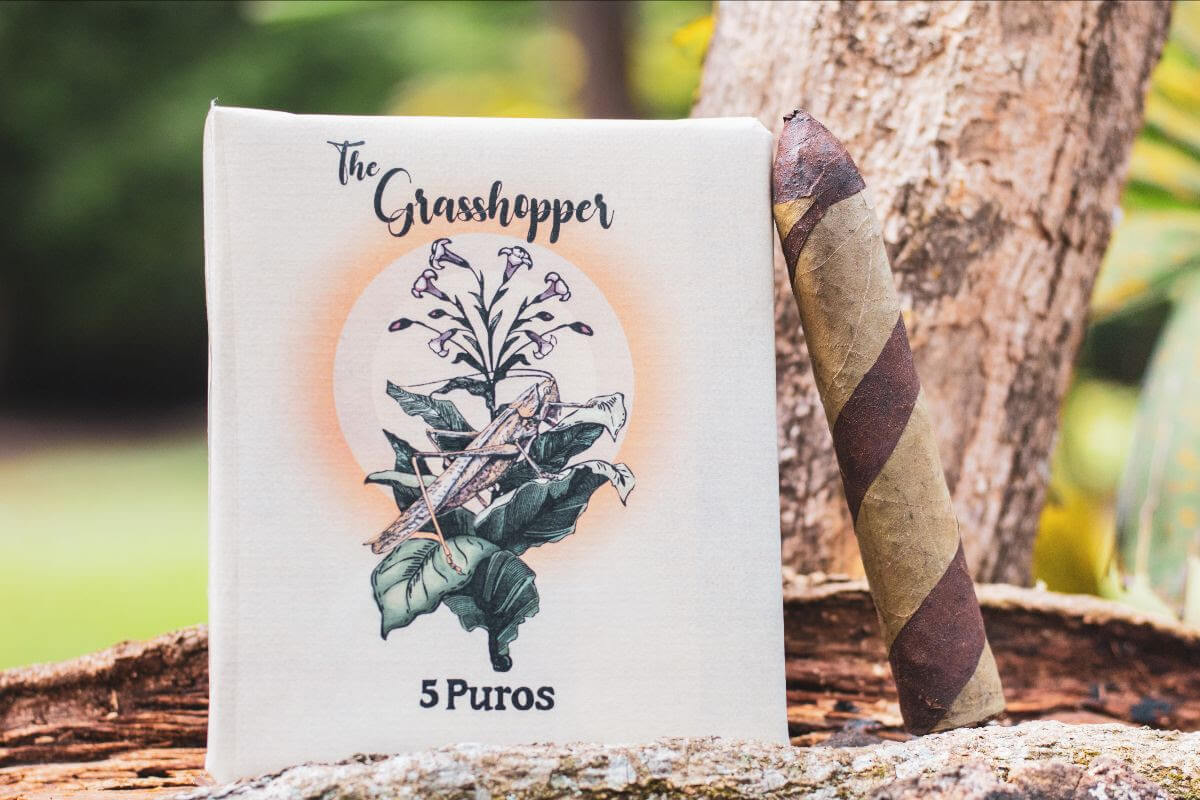 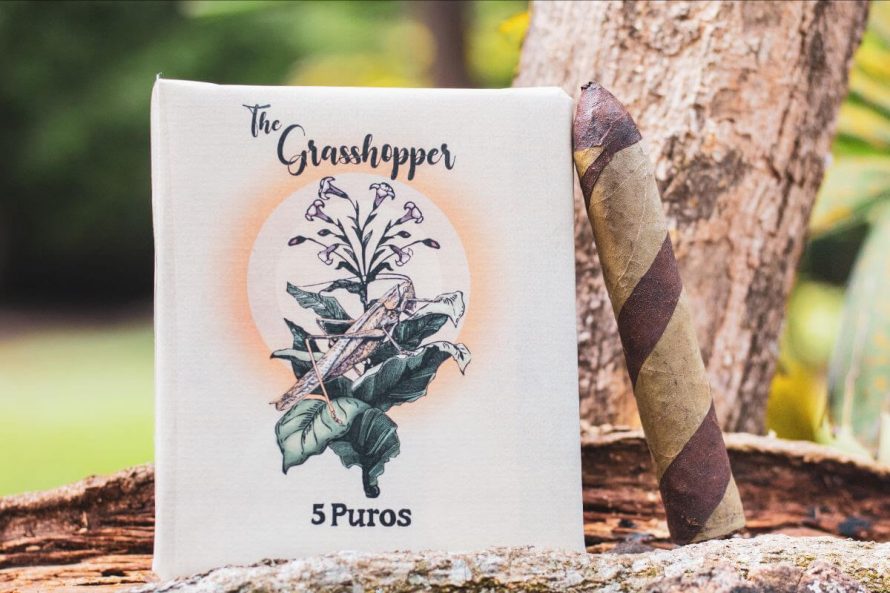 The first event-only Foundation cigar, Menelik, became a national release earlier this year. Now, to replace that comes The Grasshopper. Like the original Menelik, The Grasshopper comes in packs of 5 cigars. However, the cigars in the pack are different blends, two with a San Andres Mexican wrapper, two with Candela wrapper, and one cigar with a barber pole of San Andres and Candela. The internals of the cigars is all the same using a Corojo binder from Jalapa, Nicaragua fillers from Esteli, Condega, and Jalapa Nicaragua. Each cigar measure 5 1/4 x 52. 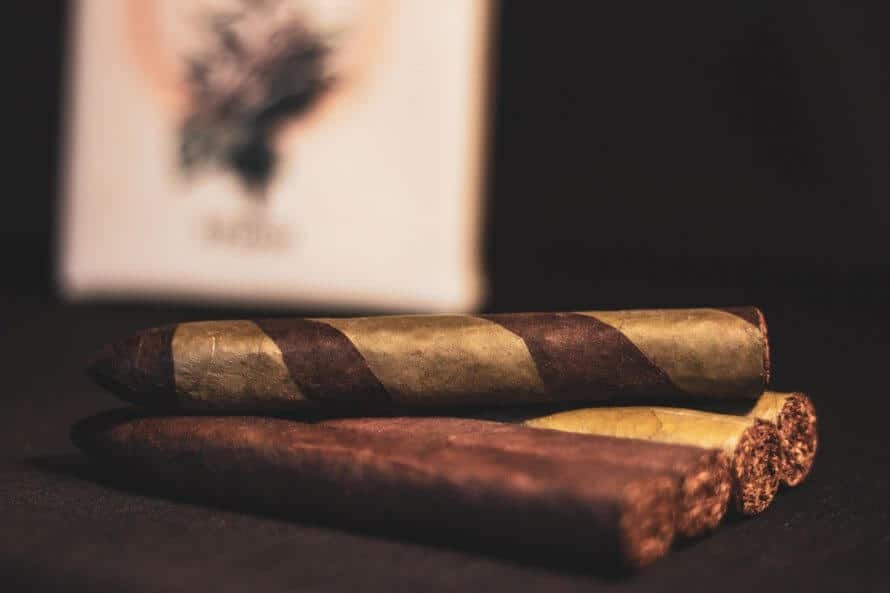 Ever the student of tobacco, Nick Melillo is always studying cigars and tobacco. During his studies he kept finding references to an antique book, ‘A Textbook on Tobacco,’ by Carl Werner in 1914. In this book the author talks about the origin of the word ‘cigar’ and its linguistic origins in Spain. Ciggara translates to grasshopper in Spanish and with the insects filling local gardens with their loud chirps, Spaniards called the gardens ciggarals- “places where the grasshoppers are thickest.” 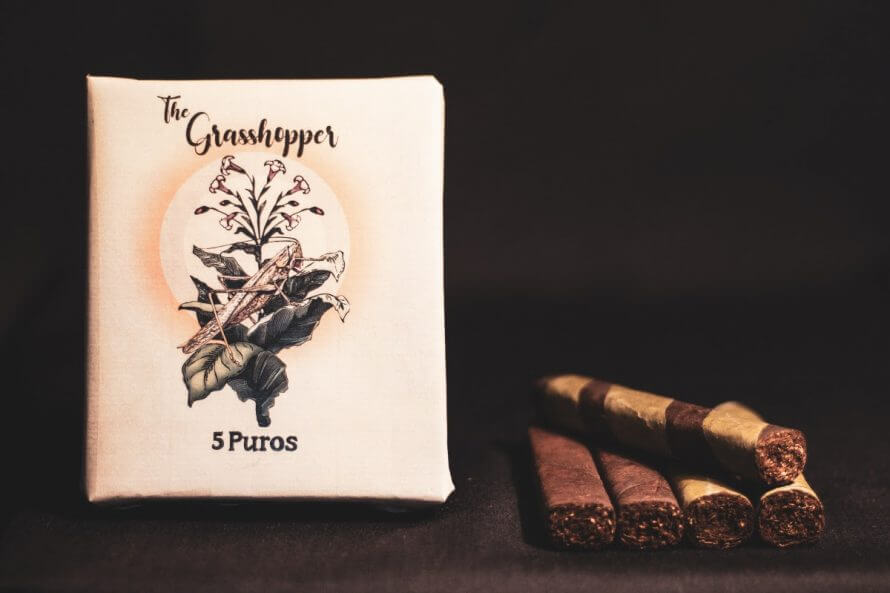 Private Spanish gardens became popular for growing tobacco, and the word cigar naturally started being used. This interpretation profoundly struck Nick as the most logical etymological explanation for the word cigar that he had come across. Naming Foundation’s new event-only cigar The Grasshopper pays homage to this history and the poetic evolution of the words we use every day. 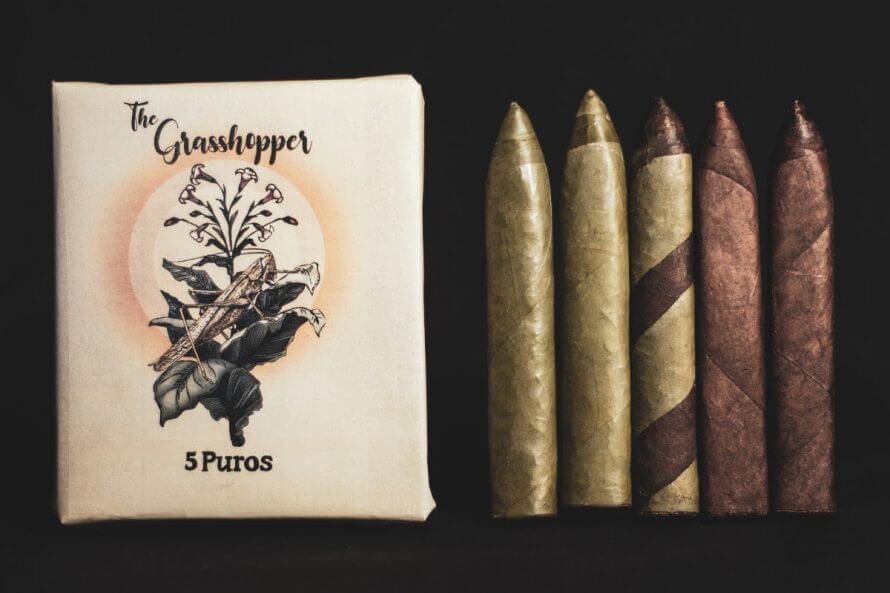