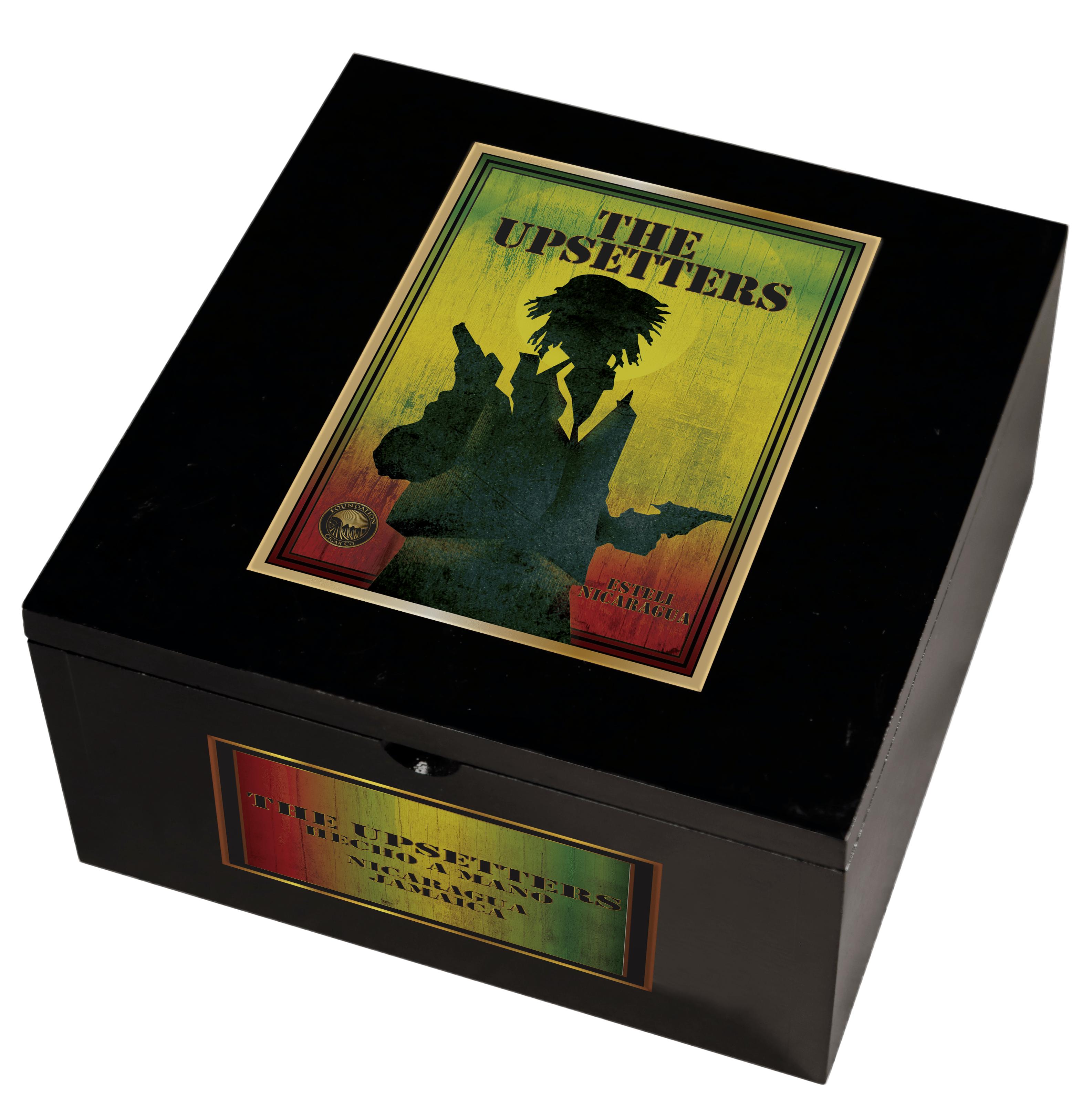 Foundation Cigar Company has announced its second line known as “The Upsetters”, a blend of Jamaican and Nicaraguan fillers which is a travel story itself, documenting Melillo’s endless trips to tobacco fields and curing barns. While Foundation’s first brand, El Güegüense was a Nicaraguan puro that paid homage to the culture of Nicaragua, The Upsetters goes in a different direction. For this new brand, Melillo delivers a blend that showcases Jamaican tobacco in the blend and has three different wrapper options. While the blend has been released to select retailers, the company is planning a full launch at the 2016 IPCPR Trade Show.

Foundation’s debut cigar, the award-winning El Güegüense, The Wise Man, is a traditional Nicaraguan puro, a celebration of native Nicaraguan culture and history. El Güegüense scored a 92 in our blind testing and made #1 in our Top 25 list of 2015. THE UPSETTERS is something else entirely.

“Most people don’t know this,” said Melillo, “but Jamaica has a long history of growing tobacco that rivals Cuba.”

Jamaica also has an interesting history of hailing the underdog—the anti-hero who battles against the odds. Upsetters stir things up. They’re the rude boys who, in the 1960s, watched old spaghetti westerns and identified with gunslingers like Django and films like “A Fistful of Dollars.” Upsetters created reggae music, fought tyranny, battled Goliath—and smoked old-style Jamaican cigars.

Melillo is a longtime admirer of Jamaican tobacco and the island’s culture in general. “I first smoked a Macanudo Hyde Park in 1996 made in Kingston Jamaica,” he said. “Apart from the old Broadleaf brands from Connecticut, it’s what got me into cigars. Since then, the industry has faded away due to many issues. But that is all changing with THE UPSETTERS. I want to put Jamaica back on the map for premium tobacco.”

Melillo traveled to Jamaica for Bob Marley’s 70th birthday in February, 2015. After the celebrations he went searching the island for cigar tobacco and the old style Jamaican blending technics. In the mountains outside Montego Bay, Kingston, and the town of May Pen he found both. Melillo met one of the oldest cigar tobacco growers on the island, growing cow tongue, a tobacco cultivated and blended in those hills since indigenous Arawak planted it thousands of years ago.

THE UPSETTER’S story continues in Nicaragua, 500 miles to the west along an underwater Caribbean shelf known as the Nicaraguan Rise. There, another tobacco-growing region thrives: el Valle de Estelí in northern Nicaragua, where Melillo’s roots lie and where Foundation’s production is based. “People don’t realize how close Jamaica and Nicaragua are geographically and their history together. The east coast of Nicaragua is also known as the Reggae coast. The combination is perfect.” Says Melillo

The Upsetters will be released in Eight sizes :

The cigars will be produced in an undisclosed factory in Esteli, Nicaragua, especially for the brand.

Regarding the game-altering FDA regulations, which were recently released, Melillo says, “We are in it for the long haul and, like The Upsetters we named our cigar after, we will fight to the end. Foundation is committed to bringing innovative products to the market place.”

THE UPSETTERS Brand has been released to special select retailers and will hit the market nationwide in June and July, 2016.

Foundation Cigar Company was formed by Nicholas Melillo in June of 2015 and debuted El Güegüense , The Wise Man, at the IPCPR in July of that year. Melillo has lived in Nicaragua since 2003 and has blended some of the top cigars in the industry including Liga Privada #9, T52, and Nica Rustica to name a few… Melillo formed Foundation Cigar Company to bring top quality premium cigars to connoisseurs around the world.