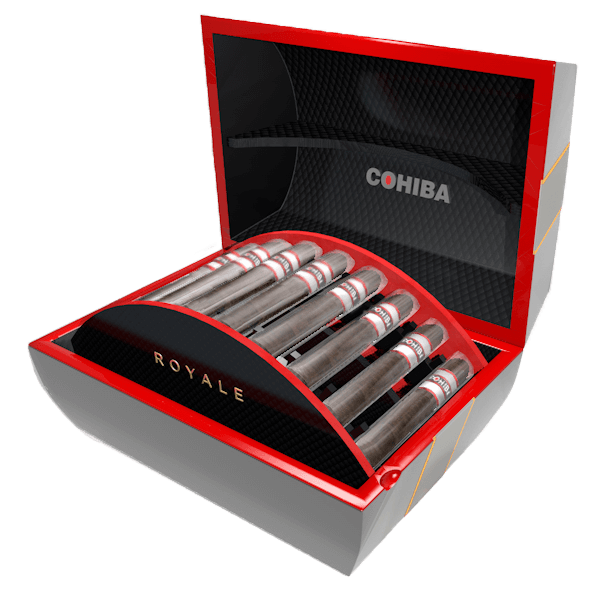 General Cigar has given details of their latest Cohiba cigar, Cohiba Royale. It is said to be the brands strongest cigar to date. This also marks the first time a Cohiba is being rolled in Honduras.

Cohiba Brand Ambassador Sean Williams says, “Cohiba Royale was created with the cigar connoisseur in mind, bringing to life the microclimates and fertile soils of the Caribbean and Central America in a way that is unique to the brand. All of the tobaccos that comprise Cohiba Royale are hand-selected and deeply aged, representing the best of the best tobacco growing regions in the world. The result is a cigar that is as bold as it is refined, befitting of the Cohiba name.”

The blend uses tobaccos from Nicaragua, Honduras, and the Dominican Republic, starting with a sun-grown wrapper from Nicaragua’s Jalapa Valley. The binder is a Dominican Piloto Cubano. Fillers include tobacco from Honduras’ Jamastran valley and the Nicaraguan valleys of Jalapa and Esteli. Each leaf in the blend is said to have aged between five to six years before being used in Cohiba Royale.