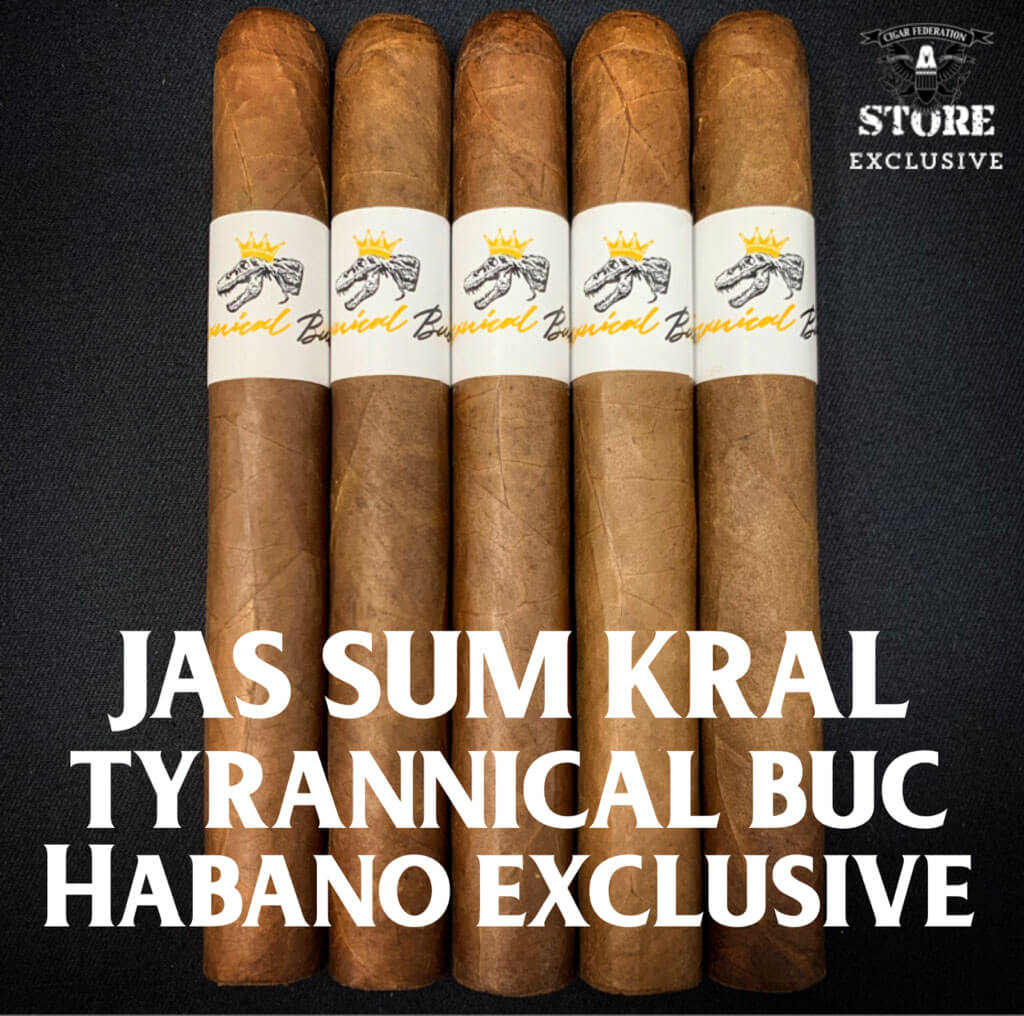 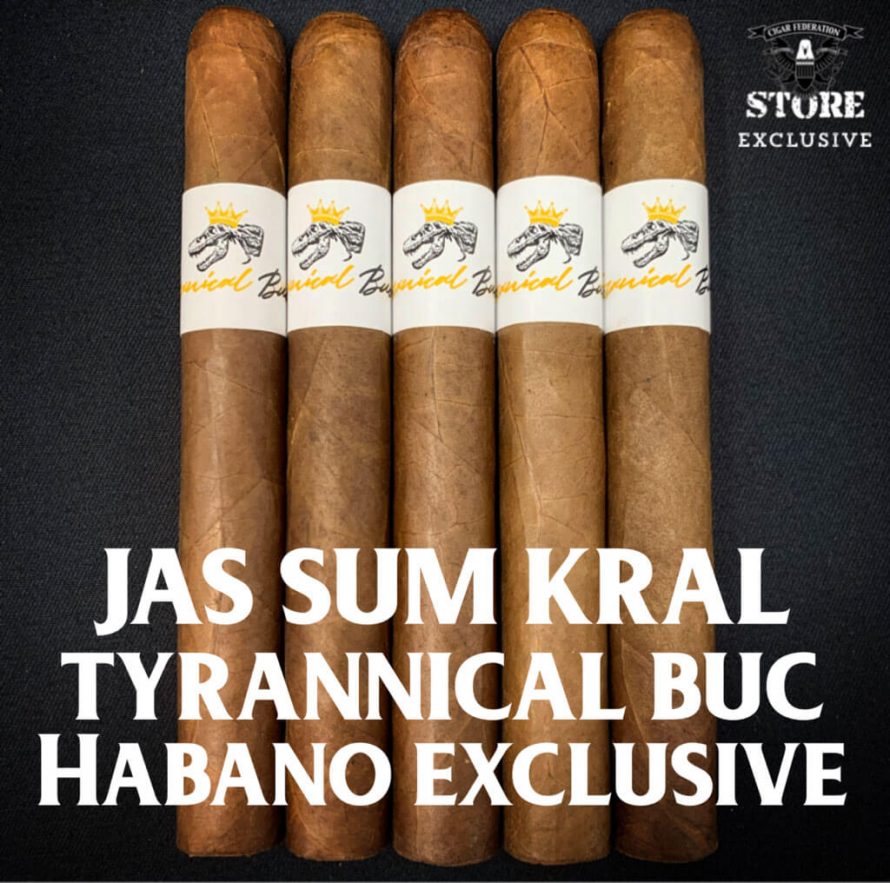 Only 2,500 cigars were made for this run and they come in packs of 5. Each comes with detachable Tyrannical Buc embroidered patch. The blend uses an Ecuadorian Habano wrapper, Jalapa, Nicaragua binder, and Condega, Esteli, and Pennsylvania, USA fillers. The cigar comes in one size, a 6.5×50 Dobles Size. Each 5 Pack sells for $49.95.

“This is our greatest Tyrannical Buc release ever. The tobaccos are some of the most legendary stuff I’ve ever worked with.” says Jas Sum Kral owner Riste Ristevski.