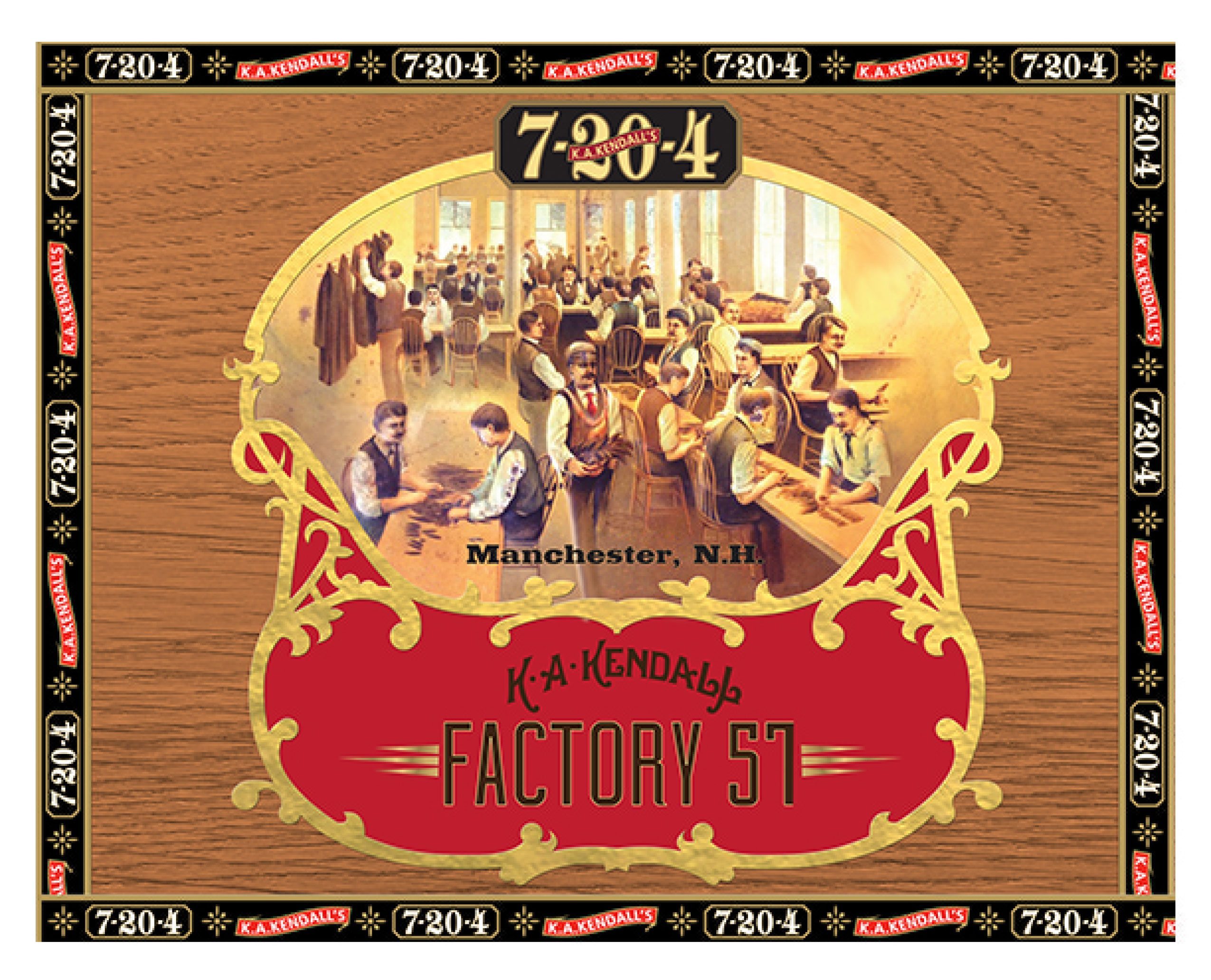 Kurt A. Kendall has introduced a new boutique cigar in time for Fall, 2014. “Factory 57” is a 100% long-filler, all handmade premium cigar that features a complex five-nation blend.

Kendall’s continuing research into the history of his boutique cigar company’s namesake, 7-20-4 Cigars has unearthed information on the venerable brand, whose factory was located in Manchester, New Hampshire, near Kendall’s present headquarters. Opening its doors in 1874, it grew to become the world’s largest supplier of premium cigars, until the Cuban Embargo cut off its supply of Havana leaf. The original 7-20-4 Cigars died in 1964.

The name “Factory 57″ refers to the US federal government’s official designation of 7-20-4 as a licensed and taxed manufacturer of premium cigars. The tax amounted to 20 cents per box of 20 premium cigars.

Factory 57 is a medium-to-full-bodied cigar. Kendall describes the flavor profile as “bold, full, yet very smooth, with distinct creaminess. The filler consists of a high-primed Jalapa (Nicaragua) Habano wrapper leaf, whose upper location on the plant produces a more resinous tobacco. The binder is from the Costa Rican fields of tobacco giant Nestor Plasencia, while the filler blend is Honduran, Nicaraguan, San Andreas (Mexican) and Colombian. Three years of tobacco aging and six months of cigar aging can be credited for the mellow and harmonious smoking experience.

When asked what sets this cigar apart, Kendall responds with, “It’s a small-batch limited release. If Factory 57 goes the way its predecessors have, it’ll find its way into our regular catalog of boutique cigars.”

The cellophane-tubed cigars are packaged 20 cigars to an attractive Spanish cedar box. They will be appearing on retailers’ shelves in October.