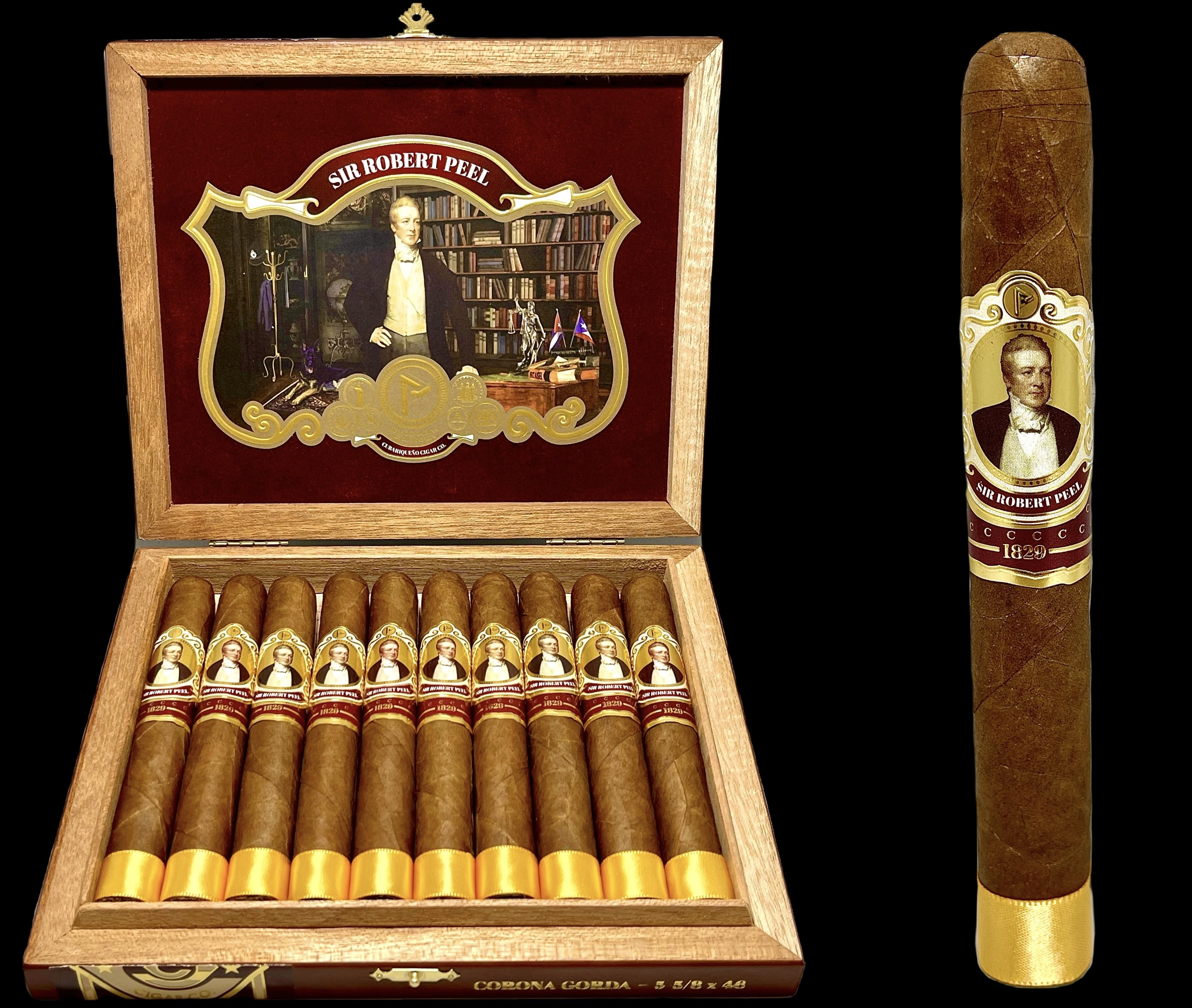 Protocol Cigars has announced a new size in their Sir Robert Peel line, a Corona Gorda that measures 5 5/8 x 46. Sir Robert Peel is part of the company’s Lawmen Series. The new size includes both Maduro and Natural versions and will be round as opposed to the rest of the line’s box-press. Otherwise, the blends remain exactly the same.

MSRP for the Sir Robert Peel Corona Gorda in both wrapper choices will be $11.50 per cigar $115.00 per box. The cigar is rolled at La Zona in Esteli Nicaragua under the supervision of Hector Alfonso Sr. Like the rest of the line, the new sizes come in boxes of 10 and will be a regular production cigar.

There will be a release party at The Royal Leaf Cigar Shop, located at 118 N. High Street, Millville, NJ 08332, 856-300-2674. This event will be on Saturday, April 17th, 2021, starting at 5pm until close. Single stick and box purchases will be available in store and on the shop’s website at: https://theroyalleaf.net/collections/protocol. The Royal Leaf will be the first to sell the new size and after May 1st, the Protocol Sir Robert Peel Corona Gorda will be available nationally.

Being the first shop to make these cigars available to the public will help this brick and mortar shop get ahead a bit. The brick and mortar is the back bone of the cigar industry and it is important to help them out however we can!” Further added Kevin Keithan.