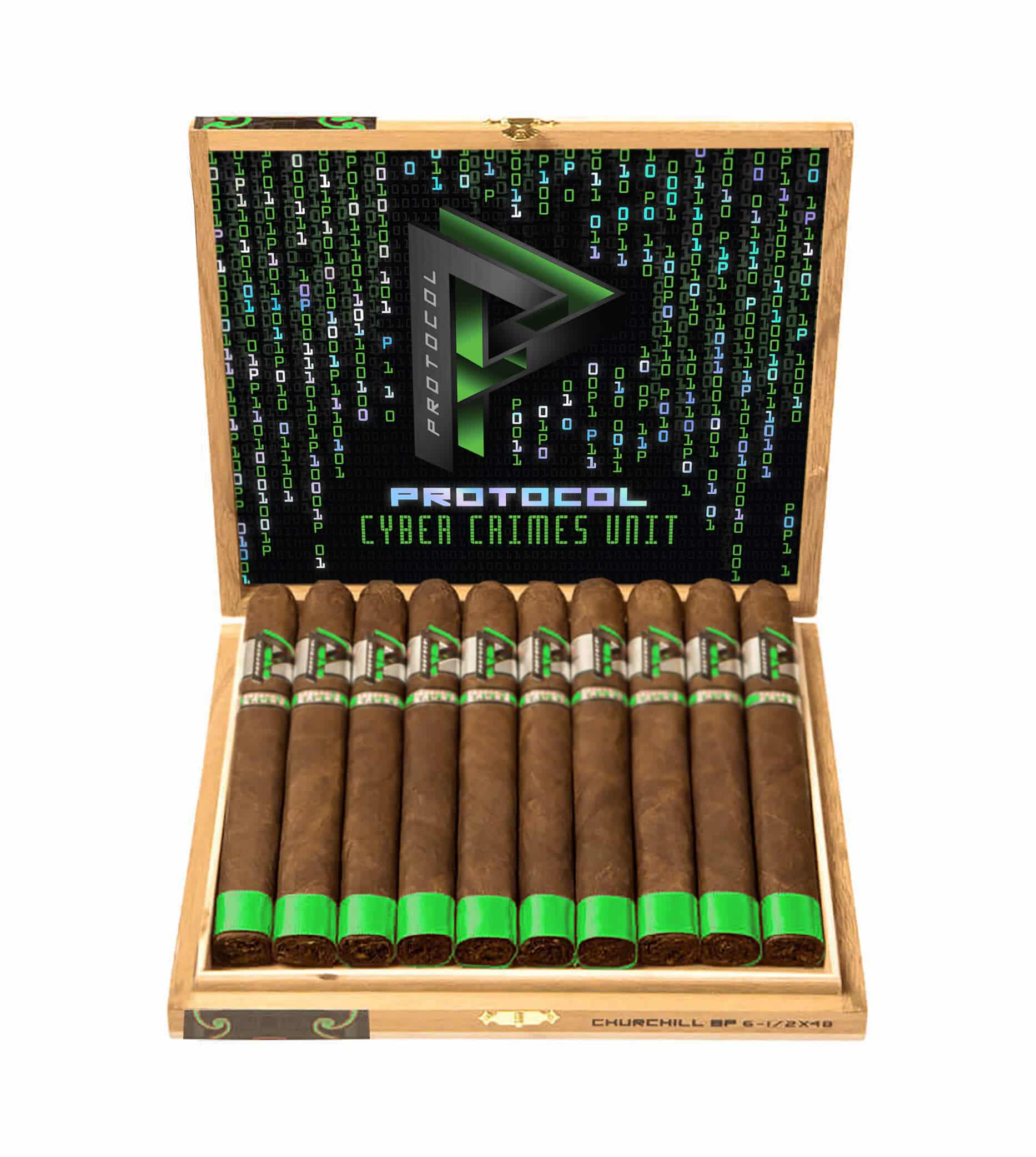 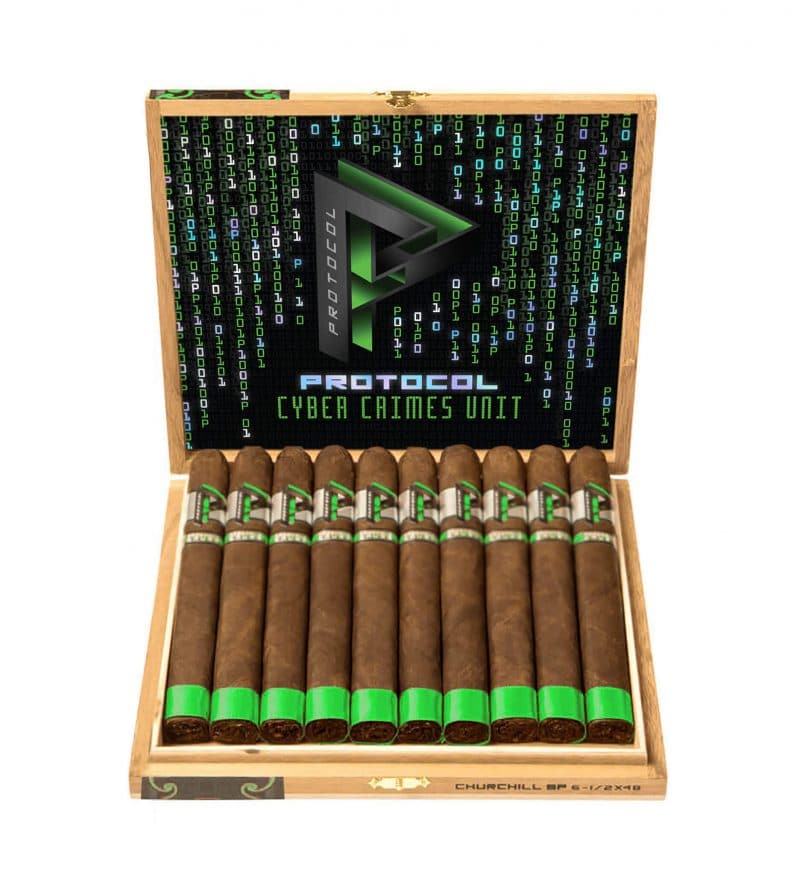 Protocol Cigars unveiled their new core line cigar for this year, Cyber Crimes Unit (CCU). The last addition to the core line prior was the Protocol Official Misconduct in 2018. As always, this cigar has a law enforcement theme and the Protocol Cyber Crimes honors those that protect the world from cyber criminals. The mission of the CCU Investigation squads are to conduct and assist in investigations where computers, networks, telecommunication devices, and other technological instruments are the vehicle or target for the commission of criminal acts against network resources critical to the function of corporate or government entities.

During the day, co-owner Kevin Keithan works in internet security. Juan Cancel said: “Kevin is a great addition to Protocol Cigars. Ever since Kevin has stepped out of the shadows and into the spotlight, we wanted to do a special Protocol Cigar line in his honor. I can’t think of anything more fitting than the Protocol Cyber Crimes Unit.” 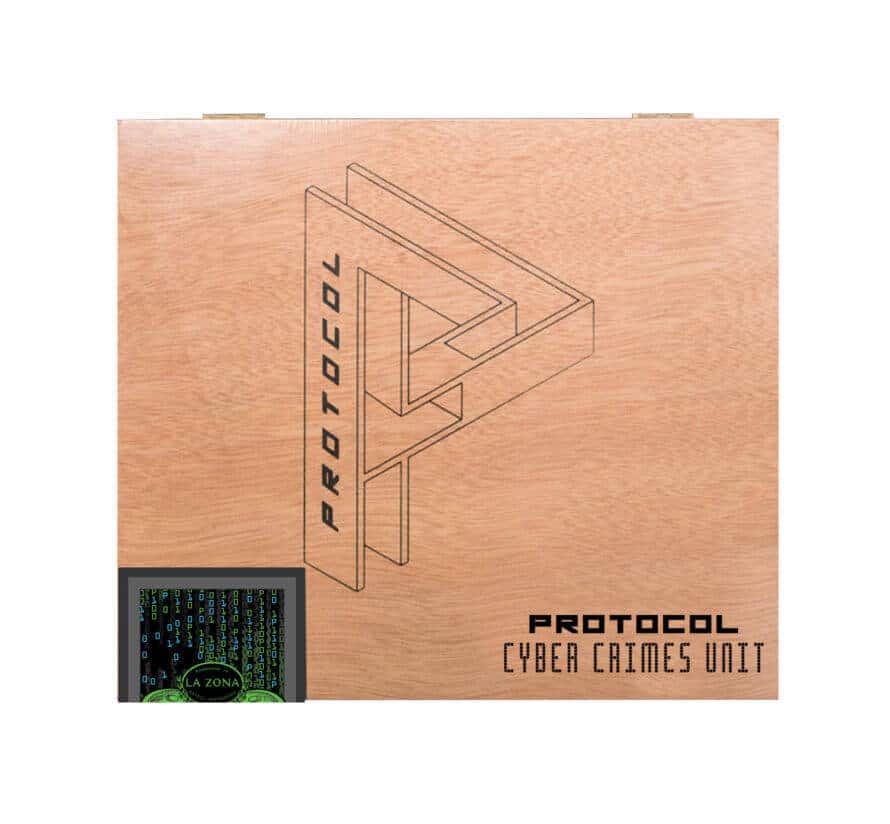 As with most other Protocol cigars, Protocol Cyber Crimes Unit is rolled at La Zona Cigar Factory in Esteli, Nicaragua under the watch of Erik Espinosa. This marks the fifth release in the Protocol Core Line. The CCU comes in one size, a Boxed Pressed Short Churchill that measures 6.5 x 48. Similar to other core line releases, this will come in boxes of 10 and will be priced at $10.50 per stick. “This is a great size. We released the Protocol Probable Cause in this size and it was absolutely phenomenal! We wanted to revisit this extraordinary vitola on a very special release which I hold dear to my heart.” 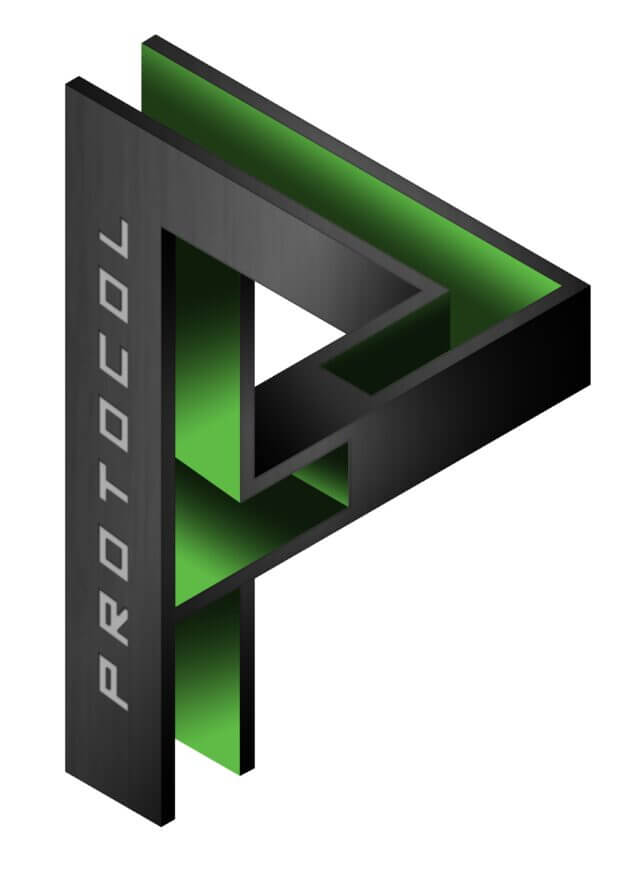 The blend is a Nicaraguan puro. It starts with Rosado Habano wrapper, and Nicaraguan binder and filler.

“We are excited to present this to market. We hope our supporters enjoy them as much as we do. The Protocol Cyber Crimes Unit fits perfectly with the look and feel of the Protocol Core Line. But ultimately it is the flavors that fit perfectly in the core line portfolio.“ added Kevin Keithan.