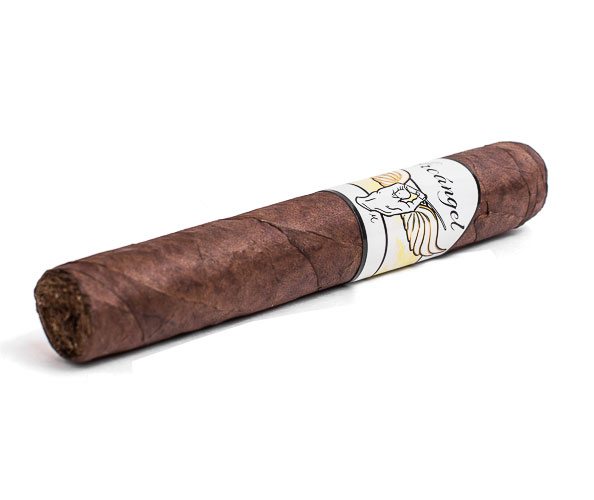 Note: Typically we have no less than four reviewers on a cigar. In this particular review, we only had three, so take that into consideration with reviewing the final scores.

“This is a really nice looking cigar. Uniform medium brown color, with a light sheen to it and no blemishes. The cap is super smooth and looks so good, I can’t see where it joins to the wrapper. Heck, it may be part of the wrapper for all I know- but it’s nice!” –Robert (NavyPiper)

“I detect nutmeg, hay and maybe raisins coming off of this one. Smells very good.” –Milton (mjohnsoniii)

“After punching the cap and firing up, the initial flavors presented were pepper which was dominant but not overpowering, tobacco and wood. Pretty good third, enjoyed it.” –Robert (NavyPiper)

“An unexpected fairly long finish that has hints of spice tied in with cedar. The smoke is cool and creamy. Very nice.” –Dave (mdwest)

“Floral notes were still present during the second third of this cigar. Along with that was cedar, coffee and spices that coated the palate. The smoke began really billowing at this point and was very thick and creamy. The ash was tight and held on strong until it fell half way into this third.” –Milton (mjohnsoniii)

“Once again I am surprised by this stick as we roll into the second third. The strength has progressed up to medium-strong, and the flavor profile has changed to now include black pepper and grass notes.” –Dave (mdwest)

“As the smoke billowed, coffee notes and cedar continued to be the more prominent flavors with unsweetened chocolate and cilantro appearing off and on during the retrohale.” –Milton (mjohnsoniii)

“Throughout the entire first half of the cigar, I had to continuously puff on it to keep it lit, but from that point on, the draw was outstanding.” –Milton (mjohnsoniii)

“While the pack was obviously a little soft on this stick and the resulting draw loose, this did not effect the burn at all. It stayed super sharp the entire smoke with no touch ups or attention otherwise required.” –Dave (mdwest)

“Well constructed. No flaws, imperfections, or problems detected. The stick was slightly soft packed, but I believe this was by design.” –Dave (mdwest)

“I was really impressed to try this cigar, especially seeing how well it looked and was made. Flavors were pretty consistent the whole time, except for the middle third, which had the mustiness and had the problem keeping it going. I enjoyed the flavors, the smoke was good, again except for the middle, and the draw problem. Those things are what dropped it from ‘great’ to ‘very good’.” –Robert (NavyPiper)

“This cigar provided a unique profile which changed up pretty often. Although nothing to write home about, it was a fairly good smoking experience that I wouldn’t mind having again. The flavors were good and it was complex enough that it could very well be a super premium cigar given a bit more age. I really enjoyed it.” –Milton (mjohnsoniii)

“Overall a very good stick. One that I would seek out again. It had a nice flavor profile, and was complex enough to keep things interesting from start to finish. Very enjoyable.” –Dave (mdwest)