Ohana has been around since 2014. The name “Ohana” is Hawaiian for “family” but extends to close friends and neighbors. That is how we the brand sees themselves in the business. Ohana cigars is run by Ryan Rodriguez with the help of his father. Like many, he started as a fan of cigars, then became a rep, then started his own cigar company. The first blends came out of the Plasencia cigar factory, but since then Rodriguez has moved production to NOA in Nicaragua.

The Ohana Friends & Family line was one of the first two blends released by Ohana. A total of 3,000 cigars were made in a toro. Because of their success that was followed by a corona gorda and a perfecto about a year later, with only 1,000 of each made. Three years later, they released another 1000 of each. 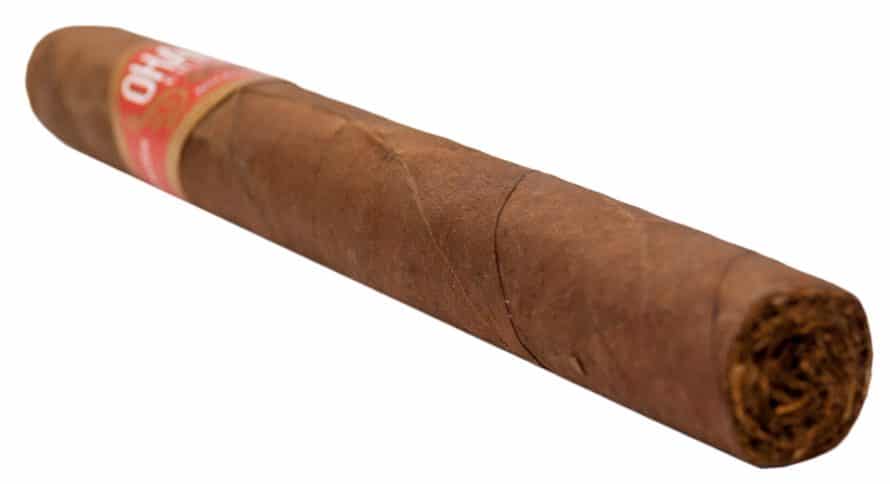 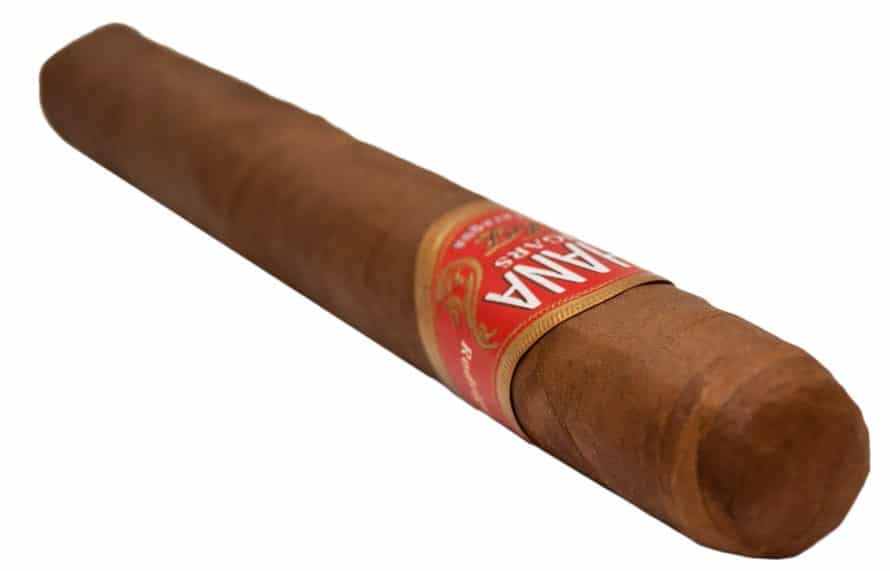 “The wrapper is a nice mocha color with good lines and leaf veins. The filler looks like it’s not packed too tight.” –Eric (smalls29)

“The aroma isn’t particularly strong pre-light, but it is distinct and full of oak and nut notes. ” –Dave W. (mdwest)

“Not to mild but not too bold. A nice start with a cedar flavor and aroma. It is a flavor that is relaxing and soothing. This a nice start with a positive future. I am looking forward to the remainder of this one.” –Eric (smalls29)

“I used the straight cutter, which gave me a very nice open draw. On the cold draw I pick up milk chocolate, peanuts and some cedar. There is lots of cream to start the cigar along with some coffee and wood. There is a nice sweetness that lingers on my tongue after the retro-hale.” –Mickey T. (irratebass)

“Extremely loose draw. Almost effortless pull. The burn line has been absolutely perfect. Aroma is fantastic and the only thing lacking is robust flavor. The cigar is toasty and creamy but does not pack a punch. Overall it is fantastic so far. This cigar’s performance is amazing, however I hope the flavors build a bit. ” –Adam B. (Bushboy)

“This cigar is burning quite quick. The cigar started out as a mild to medium smoke, but it is now moving into the medium in strength. There isn’t really any spice, but something is ramping it up. Still getting the cream, but wood is kinda taking over the cigar now. ” –Mickey T. (irratebass)

“I wasn’t expecting it, but there was a pretty noticeable flavor shift in the last couple of inches of the smoke with some distinct oak type notes making their way into each puff that weren’t there before. ” –Dave W. (mdwest)

“Still the same and loving it. I always cherish a cigar that remains stable and solid through out. A positive for this one and at this point I would love this one in the humidor. No sour tastes. No bitter after taste. Just a relaxing, soothing flavor.” –Eric (smalls29)

“Great burn that stayed cool and no touchups were needed. ” –Mickey T. (irratebass)

“Great construction with plenty of ash that hung on. The cigar never got hot or squishy. ” –Mickey T. (irratebass)

“Disappointing. The first few puffs presented what I thought would be a pleasant experience, that quickly became a slog. Harsh, biting smoke and herbal, grassy bitterness overpowered what could potentially have otherwise been pleasant flavors – oak, baking spices, coca-cola sweetness, some cream notes. All in all, I wouldn’t bother smoking this one again. ” –Derek (StogieNinja)

“Overall the cigar started out great with plenty pf creaminess and nutty flavors to keep my attention, but as I progressed the strength kept increasing and turned me off, so be careful with this if just may overpower your morning coffee. ” –Mickey T. (irratebass)

“Overall, this was an enjoyable smoke. I’m not sure I am completely sold on it just yet, but I would certainly give it another try down the road and see what I think after a second attempt. ” –Dave W. (mdwest)

“This was a wonderful experience. The flavors were nice and constant and never strayed in to bitterness and yuck. The cedar flavor was there from begging to end. The best part was the slightly sweet taste left on the palate. The aroma was that of a cedar log burning in the fireplace that made this one even more enjoyable. Definitely one for the humidor. ” –Eric (smalls29)

“I have zero complaints about the construction, burn and draw from the cigar. From start to finish this thing performed better than any cigar I have ever had. I prefer a little stronger kick, although for those cigars earlier in the day this would be a solid contender for my choice.” –Adam B. (Bushboy)

Blind Cigar Review: Ohana | Friends & Family Corona Gorda
Summary
"This was a wonderful experience. The flavors were nice and constant and never strayed in to bitterness and yuck. The cedar flavor was there from begging to end. The best part was the slightly sweet taste left on the palate. The aroma was that of a cedar log burning in the fireplace that made this one even more enjoyable. Definitely one for the humidor. " -Eric (smalls29)
Appearance
92
Aroma
89
First Third
91
Second Third
89
Final Third
89
Draw
87
Burn
93
Construction
90
Overall Experience
90
90
Very Good