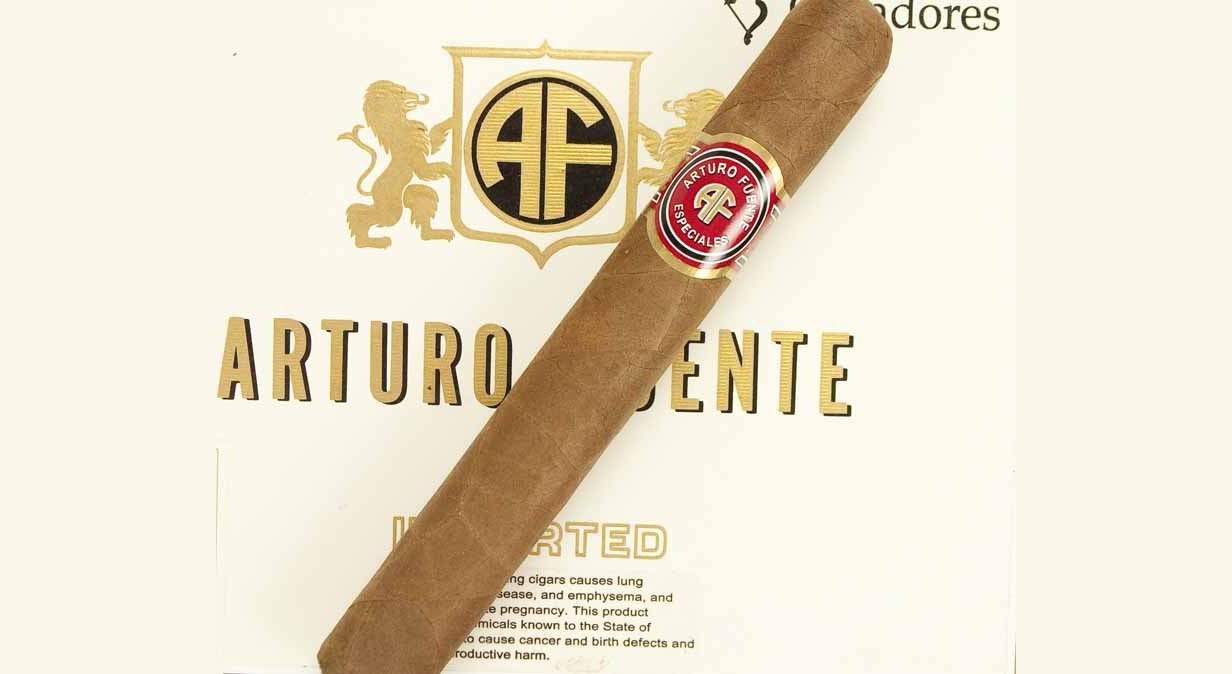 “This is by no means a pretty cigar. The surface looks almost pebbly and feels as much with several bumps and a very uneven surface. Seems slightly box pressed. Also has several prominent veins that are visible. Two caps can be easily seen. One small geen spot is present towards the center of the cigar.” –Sandeep (Djangos)

“Not too strong/pungent. A little hay and some floral notes to it.” –Brian (B-daddy)

“Very well constructed, firm yet has some sponginess to it.” –Craig (WyldKnyght)

“First draw is sweet and smooth, notes of chocolate flavor. As it progressed, I picked up hay and woodsy flavors. Lots of mellow creamy smoke, just the way I like my cigars. A slight peppery flavor near the end of the third.” –Craig (WyldKnyght)

“The cigar starts off with a blast of voluminous amounts of creamy grey smoke. There is a lot of pepper to the throat as well as a lot of oil on the tongue. The predominant flavors are of pepper and nutmeg. Also getting nuances of nuts and a toasty character. The cigar has become quite soft to touch once the heat has been through it. The ash is dark grey and holds for about three quarters of an inch before falling off. The burn is almost perfect and is maintaining a straight line. The pepper persists almost the entire third but is waning towards the end of the third. A slight cinnamon like twist is appearing towards the end.” –Sandeep (Djangos)

“The mild pepper left over from the last third is persisting but the nice sweet spices seem to have taken a back seat. The predominant flavors are leather and tobacco now. The burn line has become quite skewed now as well. The smoke is a little harsher as well. A slight chemical flavor is also creeping in towards the end of this third. The strength on this one is definitely picking up. Also, the cigar seems to be burning quite fast. The entire third was quite unilateral in the flavor department.” –Sandeep (Djangos)

“At the start of the second third, I get a little bit of a savory herbal quality to the smoke. Maybe like thyme or one of those dried green herbs (I’ve never been real good at picking out which ones I’m tasting, even in foods.) Burn is still razor sharp and smoke volume excellent. I’m starting to get some weak coffee flavors now; on the draw and through the finish. A little more rich than the first third and the unpleasant flavors are gone.” –Brian (B-daddy)

“Just as I’m starting the final third, the wrapper begins to peal a little bit. I’m getting an unpleasant ashy flavor now. The coffee notes are gone and the herbal quality, although still identifiable, has turned bitter. With about an inch to go, the flavors start to take on a chemical quality. I’m gonna stop this here. Mother always said…” –Brian (B-daddy)

“Through the last third the only real base flavors I am getting is spice and salt. Any other flavor I was getting is gone.” Nicholas (volpow61)

“This cigar was right in the middle of my profile. A very nice creamy smooth smoke, very enjoyable, would definitely smoke this cigar again.” –Craig (WyldKnyght)

“To me a one note cigar, maybe there was a sweetness here and there but nothing to write about. Wood was the major flavor in this thing from start to finish. Don’t think I’ll be searching out any of these guys in the near future.” –Ian (Sp@rky426)

“The cigar started off with some great promise and some great flavors and complexity but quickly turned into a quite mundane and run of the mill one. Probably not one that fits into my profile.” –Sandeep (Djangos)

“Burn, construction, etc. were all very good but the little flavor there was, was pretty bad. I had hopes that it would turn around at about the mid point… but no. Not a very pleasant experience.” –Brian (B-daddy)

“Overall a decent smoke. Flavors were ok and kept me interested through out. Some flavors blended together nice some did not. Although it was a decent smoke I probably would not seek this cigar out to get me. It just didn’t do it for me. With so many choices now on the market. Hard to recommend.” –Nicholas (volpow61)