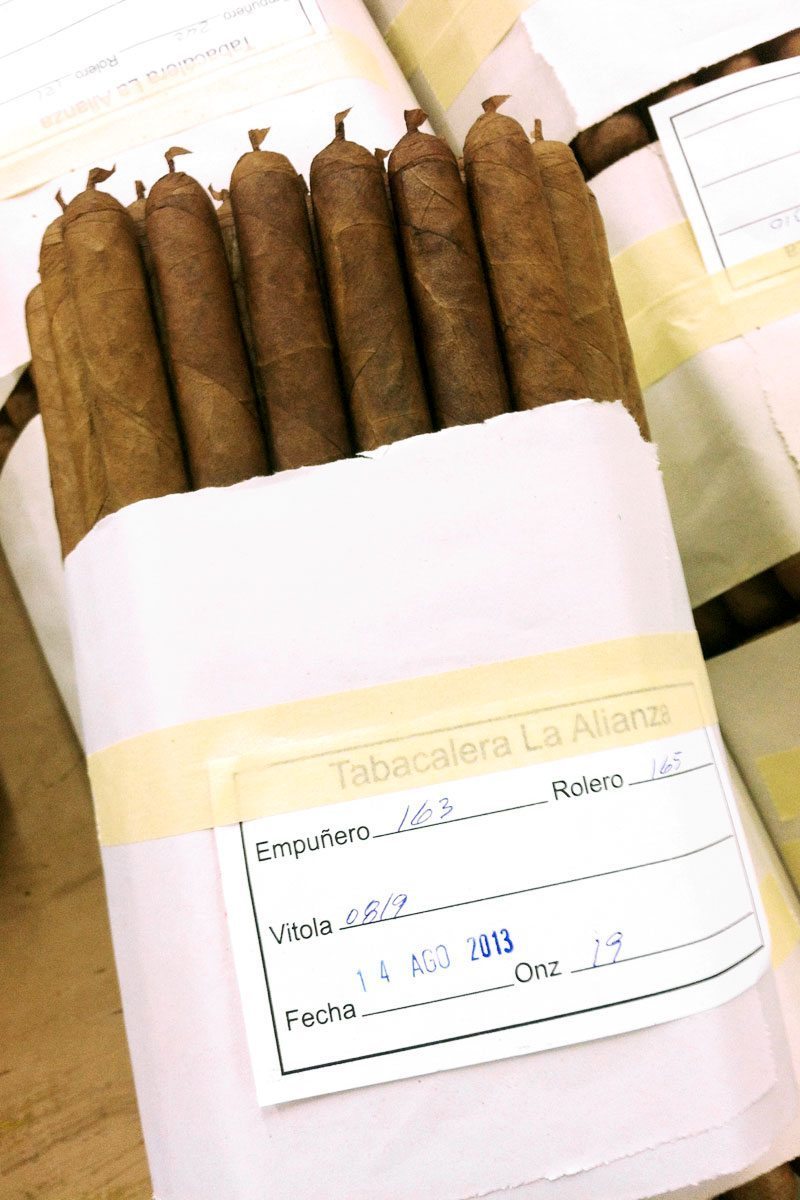 The Headley Grange cigar brand was named after a pounding beat in a classic rock song, so it seems appropriate that the next size in the line will go by the name Drumstick.

The new vitola, a lancero measuring 7 1/2 inches long by 38 ring gauge with a proper pigtail, should begin shipping next month. There won’t be many. The smoke is a limited edition for 2013 and only 1,500 boxes (each containing 10 cigars) will be made.

The cigar is being made now, by one roller, at Tabacalera La Alianza S.A. in Santiago, Dominican Republic, which is run by Ernesto Perez-Carrillo.

Drumstick has the same blend as found in other Headley Grange cigars—Ecuadoran Sumatra-seed wrapper, Nicaraguan binder, and Nicaraguan filler.

On paper, Drumstick has the same blend as found in other Headley Grange cigars—Ecuadoran Sumatra-seed wrapper, Nicaraguan binder, and Nicaraguan filler—but adjustments were made to accommodate the lancero’s thin size.

“The lancero is a difficult shape, not only to roll, but to blend correctly,” said Jon Huber of Crowned Heads. “We tweaked the blend slightly.”

Headley Grange cigars have considerable roots in drumming. As reported before, Huber said he asked Perez-Carrillo—a former drummer—to blend a cigar that tasted like the heavy drum intro to Led Zeppelin’s “When the Levee Breaks,” which was recorded at Headley Grange in England.

Headley Grange has been the most critically acclaimed cigar from Crowned Heads, a company founded in 2011. The Headley Grange Estupendo, rated 91 points, currently ranks No. 24 inCigar Aficionado‘s Top 25 cigars of the year.